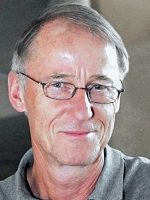 It is with great sadness that we announce Ragnar Norberg, Emeritus Professor of Statistics at LSE, passed away on the 18 December 2017. Professor Norberg is one of the most influential academics working on both insurance and financial mathematics.

Ragnar started his long career at the University of Oslo and then at the Laboratory of Actuarial Mathematics at the University of Copenhagen. He joined LSE as a professor in the Department of Statistics in the spring of 2000 and stayed with us until his retirement in 2010. He finished his career as Chercheur (Research Officer) at Institut de Science Financi`ere et d’Assurances (ISFA) in Lyon, probably the biggest department of its kind in Europe.

He was a visitor at many prestigious institutions around the world. Moscow State University in the old Soviet Union (Ragnar spoke many languages including Russian), ETH Zurich, the University of Manheim,  The University of Stanford and the University of Melbourne. He also engaged in regulatory work serving as an advisor for the Norwegian Insurance Council. Ragnar regarded a paper that he produced for them as the best in his career and maintained that he learned  more in a year there than he learned during his whole academic career. He was a member of Actuarial Socities in Norway, Denmark, Italy and the UK.

During his time at LSE, he contributed enormously to the rapid expansion of the Department of Statistics by establishing the Risk and Stochastics group (now called the Probability in Finance and Insurance group and is the largest in the department) and starting a new MSc programme spanning the interface between Actuarial and Financial Mathematics.

He enjoyed teaching and he had his own style which was based on challenging the students. He turned his office hours into mini-seminars and we fondly remember the long queues of students waiting to pick his brains outside his room. Ragnar’s contribution was not just the large number of papers and books he wrote and edited but also a unique way of thinking that influenced  colleagues and students. This extract is from the Festschrift in a forthcoming book and is in Ragnar’s own words and demonstrates this thinking:

Philosophy and bird watch in finance. “In 2012 ISFA organized a conference on management of financial risk. There was an invited talk on the Black Swan, a lot of talks on how to improve market models, but no talks on how to improve the market. The organizers had been incautious enough to invite my participation in a round table discussion at the end of the conference. I said what I thought and ended with an allegory: “Maybe there are black birds out there that we haven’t seen, but to sit wool-gathering over their possible existence is self-delusion. Instead we should analyze and act upon what we have seen. There are black birds that we know all too well (crows, ravens and vultures feeding on defenceless small animals and on carcasses), and action is needed to cull them. But, alas, there are white birds (geese infamous for their credulity), and there and black and white birds (ostriches burying their heads in the sand), and they do little to improve the quality of bird life. The philosophers have only etc.” By registered sound level and duration of the applause, my 5 minutes intervention was the best received contribution to the conference. Why? I do not think it was just because I presented in a kind of French (the do-as-the-Romans trick), which I did without any ulterior motive (it was a no nonsense Conference Francophone). What I do think is that the audience didn’t think that mathematical and philosophical thinking alone can bring cosmos to the chaos of the deregulated financial markets.”