In memory of Ray Paul

Posted on April 12, 2022 by Internal Communications 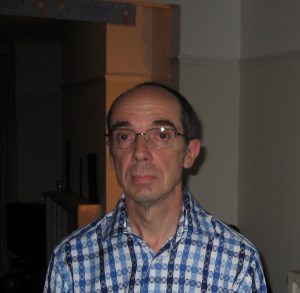 It is with great sadness that we inform you of the passing of Ray Paul, who died on Tuesday 29 March 2022. Our deepest sympathies are with Jasna and the rest of Ray’s family.

After a BSc, MSc and then PhD in mathematics and operational research at the University of Hull, Ray’s academic career was spent at two institutions – LSE and, later, Brunel University.  He arrived at LSE in the early 1970s initially doing teaching and research in operational research where his former undergraduate student (and later colleague) Tony Cornford reflected on his teaching style “Ray was the one who had the most direct and student focused approach. He looked at you, not the back of the room or the blackboard, but straight in your eyes. He asked questions and expected a response.  His technique with the coloured pens and the overhead projector was exemplary, and his lecture notes were also a cut above—readable, coherent and with blank sections for the difficult bits that you had to fill in for yourself. You really felt that he had thought about his teaching and his students, and was on your side”.

Ray supervised over 55 PhD students during his career and one frequently bumps into one of his PhD “children”, “grandchildren” and even “great grandchildren”, a community he took great pride in.

Alongside departmental duties as Ian’s deputy, Ray also took on a number of school wide roles including as Dean of Admissions and developed many of the person management skills that would support him well in his later career.  He worked closely and collegially with professional services colleagues and always found it more effective to have a quite word about a particularly contentious piece of business beforehand than to have the issue end up being argued about in a meeting itself.

As colleague Chrisanthi Avgerou noted, “Ray was the voice of witty optimism in everyday LSE life and of cool reasoning whenever there was trouble”.  Many colleagues have recollected this mix of a dry sense of humour, sharp analytical thinking and warm kindness since hearing of Ray’s passing.

He was editor (with Editor–in–Chief the late Bob O’Keefe) of EJIS between 2000 and 2003 and then Editor–in–Chief, sharing the role with Bob and Richard Baskerville between 2004 and 2007.  In these roles he sought to continuously improve EJIS in all ways possible.  Ray was understandably proud when EJIS was named as one of the AIS Senior Scholars’ basket of 8 leading journals in the field and, more recently, when it was recognised as publishing some of the most original and best–executed research in the field in the 2021 CABS Academic Journal Guide.

Alongside Ray’s role in launching EJIS, Ray was also pivotal in creating the first European Conference on Information Systems (ECIS) which organised by the Operational Research Society.  The 30th ECIS conference takes place this June in Timisoira, Romania.

In 1992 Ray left the LSE to take up a chair at Brunel University and he was soon appointed as Head of Department and then Dean of the Faculty of Technology and Information Systems.  For a while, he was also acting Dean of the Faculties of Science and Life Sciences at Brunel.  When asked how he could manage such a diverse portfolio, he outlined one of his key management tips that he gladly shared with junior colleagues.  If one of the Heads of Department asked him to sign a document, he did so automatically because he knew he could trust his Heads of Department to flag up anything where he would be needed to make a judgement call on the issue.  Moreover, if he felt he couldn’t trust the judgement of his Department Heads and had to check what they were asking him to sign then that was what needed fixing not the particular documents he had been asked to sign.  In this way, he nurtured a generation of now senior academics who continue to embody the positive, supportive role he played in their careers in their own institutions.

Ray was diagnosed with Parkinson’s disease whilst at Brunel although it took him quite some time to come to terms with his diagnosis, not least because it meant he had to take sickness retirement soon after it became public knowledge.  Nevertheless he continued to remain active as a scholar including a Visiting Professorship at LSE and became President of the UK Academy for Information Systems (UKAIS) in 2012–13.

Alongside his love of great music to dance to, Ray was also an avid table football player and many people have fond memories of (typically) being repeatedly thrashed by Ray in games.

In lieu of flowers, Ray’s family would welcome donations to Parkinson’s UK https://www.parkinsons.org.uk/donate.

5 Responses to In memory of Ray Paul