Opposition to the proposed Greek bailout deal has generally focused on the role of Germany, but how do other Eurozone states view the debt crisis? Daniel Kral notes that while there is a tendency to present the crisis as a stand-off between the Eurozone’s ‘North’ and ‘South’, the situation is far more complex in practice. He writes that the five post-communist countries in the Eurozone – Estonia, Latvia, Lithuania, Slovakia and Slovenia – have been among the strictest in their line taken on Greece, largely due to the perception that they are being asked to subsidise a country with higher living standards than their own.

The Greek debt crisis is often framed in terms of a conflict between the Eurozone North, insistent on strict rules and painful reforms, versus Greece, suffering from a debt overhang and externally imposed self-defeating austerity. There is, however, another dimension to this conflict, typified by the five post-communist countries – Slovenia, Slovakia, Estonia, Latvia, and Lithuania – that joined the euro between 2007 and 2015. As some have noticed, these five countries are, in fact, among the most hawkish from the creditor states. Their uncompromising approach vis-a-vis Greece reflects their own experience with the EU and Eurozone entry, economic realities and basic political arithmetic.

To begin with, since their EU accession process, which culminated in the great Eastern Enlargement of 2004, the Eastern European countries have been granted no concessions by the old member states. The accession negotiations were, in fact, not really negotiations at all. The no less than 80,000 pages long acquis communautaire was presented by the EU on a take-it-or-leave-it basis. For example, unlike countries in earlier waves of enlargement, such as the United Kingdom and Denmark, all Eastern European states are obliged to join the Eurozone, once complying with the Maastricht criteria. The implications of this approach – where national parliaments have been reduced to rubber-stamping EU-dictated laws – for the still young and fragile Eastern democracies have been widely debated.

Similarly, the entry into the Eurozone of the five East European countries was preceded by strict compliance with all of the Maastricht criteria. For instance, due to the appreciation of Slovakia’s exchange rate above the permitted threshold, the country adopted the euro in 2009 with a two year delay compared to their original plans. In a more humiliating manner, Lithuania was denied Eurozone entry in 2007 for breaching the inflation target by 0.1 per cent. This is in stark contrast to the experience of many of the Southern European states, which have been admitted to the Eurozone despite their dubious fiscal credentials and prospects for economic survival in a currency union with Germany. For the East European countries, no EU rule has ever been tweaked or overlooked in their favour. For them, adherence to common rules, however strict, is all they have known.

Second, appeals to solidarity with the struggling Southern counterparts run against a basic fact – that the EU’s South is still, according to many indicators, richer than the East. Despite its five-year long recession, wages in Greece continue to be higher than in the Eastern five, although all are broadly similar in terms of GDP per capita, adjusted for the price level of their economies. While in 2014, Greek GDP per capita in PPS stood at 72 per cent of the EU average, while the average figure was 74 per cent for the five East European countries, ranging from 64 per cent in Latvia to 83 per cent in Slovenia. On the other hand, while the average gross wage in Greece in 2014 was €1680, it was only €642 in Lithuania.

The same goes for welfare expenditures. In the year 2007, prior to the crisis, total Greek expenditure on social protection amounted to almost 25 per cent of GDP, while it averaged 12.6 per cent of GDP for the three Baltic states – that is half of the Greek level. By 2012, the figure for Greece increased to over 31 per cent of GDP, while – at 15.3 per cent of GDP – it still remains less than half of the Greek level in the three Baltic states. To illustrate this point, in 2014 the average pension in Lithuania and Latvia was €237 and €266 respectively, compared to €833 for Greece – almost four times higher. The difference between the economic realities and fiscal arrangements in Greece and its Eastern creditors can hardly be more striking.

As Laszlo Bruzst has observed, there is a stark contrast between the Eastern European economies – with production profiles of the core, but consumption levels of the periphery – and Greece, which has consumption levels of the core but production capacities of the periphery. It is unsurprising that the Easterners are reluctant to subsidise in any way what they perceive as inflated and unsustainable living standards of the better-off Greeks.

Finally, East European governments have themselves enacted painful fiscal adjustment programmes in the wake of the credit crunch. The Baltic governments radically cut public sector employment and wages, and basic public services, hiked regressive taxes, such as VAT, while squeezing the wages of those on lowest incomes. According to official statistics, roughly 10 per cent of Latvians and 8 per cent of Lithuanians emigrated between 2008 and 2014, often as a mere ‘survival strategy‘. No Baltic government can be perceived as being lax on the Greeks, when domestic electorates have been served such bitter austerity pills.

In Slovakia, the government of Iveta Radičová fell in autumn 2011, when a junior coalition partner – the economically libertarian Freedom and Solidarity party (SaS) – abstained from the vote on the ESM, the Eurozone’s permanent bailout mechanism, despite it being joined with a motion of confidence. Although the SaS barely made it into parliament in the ensuing snap elections, since then the party has largely transformed itself into a single issue movement, campaigning against further bailouts. As the message strongly resonates with the electorate, the Slovak Finance Minister, Peter Kažimír, publicly adopted a very harsh – even controversial – stance against the Greek government, not least on social media. As the likelihood of transfers to the South increases, mainstream parties may become radicalised, as they find themselves squeezed by populists advocating simple yet radical solutions to the Eurozone’s complex woes.

It is not hard to see why reductionist accounts – typically coming from the other side of the Atlantic – that call on Germany to forgive Greek debt paint a very misleading picture. The Eurozone is a much more diverse family. In an interview for the Slovak business daily in January 2015, former Greek finance minister Yanis Varoufakis claimed it is scandalous that Slovaks had to lend money to the Greek state. However, now that the damage is done, a viable solution for Greece and the Eurozone is sorely needed. For it to be successful, it can hardly be built on an arbitrary application of common rules, and financial transfers from the poorer to the richer. The threat of a political revolt among the disgruntled is too large to ignore. 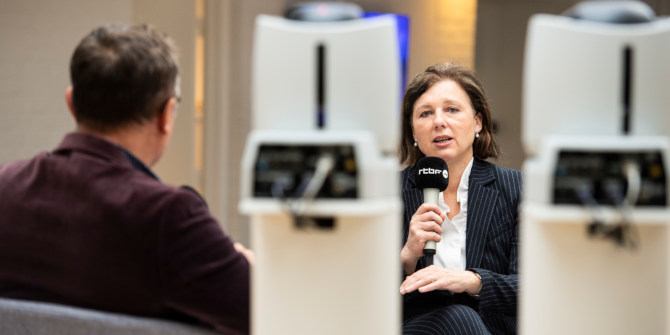 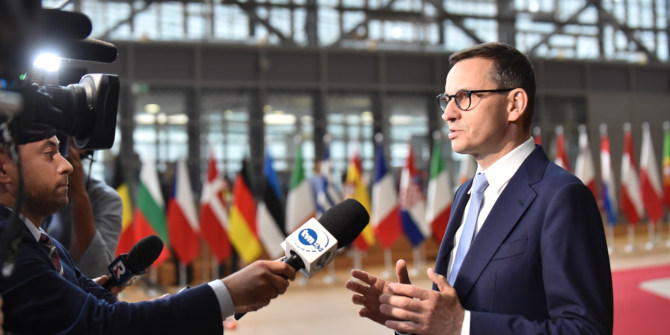 Sweden and the UK’s deal: For Swedes, the real drama is yet to come