But this debate was not unique to the UK. Similar – and equally strong – assumptions about the negative impact of EU immigration on welfare states are found in other EU countries. Fears of ‘welfare magnetism’ are especially prominent in Denmark. The leaders of almost all of the country’s political parties have united in expressing their deep concern about the viability of – or support for – Denmark’s welfare state in light of EU free movement, given that many Danes view their welfare system as being particularly generous and attractive.

During this period, the number of EU immigrants increased considerably in many member states, including Denmark. By the end of 2002, around 54,000 citizens from other EU countries lived in Denmark. By the end of 2013, this had grown to 160,000. To assess the fiscal impact of this change, administrative data on all EU citizens’ contributions through taxation, VAT (indirectly calculated) and labour market contributions were compiled and compared with their welfare expenditures in terms of cash benefits and service benefits. The average expenditures for public goods (defence, environment protection, waste management, infrastructure, and so on) were also taken into account in part of the analysis. To avoid overestimating the contribution from EU citizens, we chose to use a conservative calculation of the remittances on VAT payments from EU citizens in their first five years of residence. We were not able to include corporate tax as a contribution. As such, had we chosen a less conservative method, the net contribution may have been significantly higher. 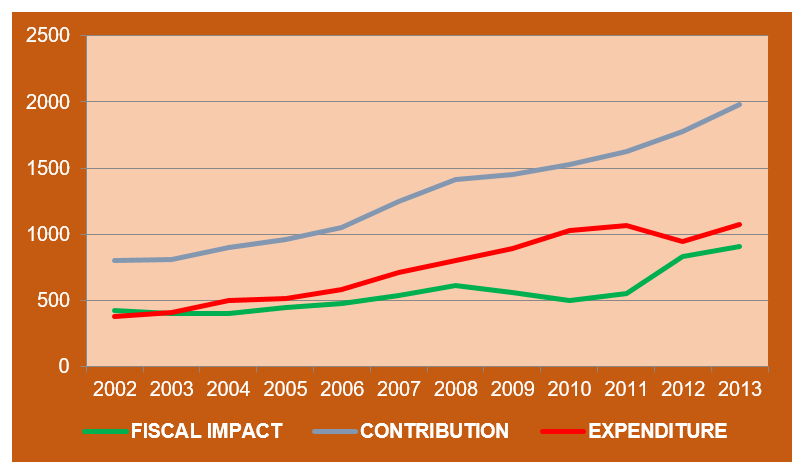 The overall conclusion from the study is that EU citizens have contributed to financing the Danish welfare state – throughout a period of significant economic and political change. The findings should invite us to rethink the free movement-welfare state nexus. They suggest that the welfare state is much less vulnerable to the impact of free movement than current political discourse would dictate, and in fact the public finances of a state can benefit from EU immigration. Just as important is that the profile of EU citizens does not fit the picture of a ‘welfare tourist’. Instead, EU migrants tend to be relatively young, contribute financially to the system, and take time to claim benefits.

Note: This article is based on the authors’ recent study in European Union Politics. The study was supported by Norface’s independent research programme, Welfare State Future as part of the project TransJudFare. The article gives the views of the authors, not the position of EUROPP – European Politics and Policy or the London School of Economics. 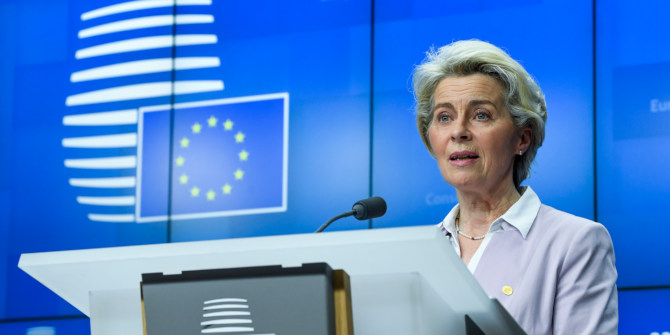