Twitter has become a key communication tool for world leaders, but how does the impact of tweets on financial markets compare to the impact of traditional news? Based on a new study, Costas Milas, Theodore Panagiotidis and Theologos Dergiades identify a clear link between movement in the financial markets and Twitter activity, raising questions about whether Twitter’s market power is a problem and requires regulation.

Can a single tweet make a country’s currency depreciate by 16%? Apparently it did on 10 August, when Donald Trump tweeted that US tariffs on Turkish steel and aluminium would rise sharply. Amid 36,100 retweets, and calls by Turkish President Recep Tayyip Erdoğan for his people to dump foreign assets, the Turkish lira plunged.

It’s not just the president of the United States that has such Twitter power. Around the same time, Elon Musk’s infamous tweet about taking Tesla private raised shares in the motor company by 11% – later earning him a US$20m (£16m) fine from the US Securities Exchange Commission for misleading investors. And these are only two of numerous examples of such market shifts. There is a growing body of academic literature documenting these occurrences.

This shouldn’t come as a surprise. Twitter has long been essential for economic commentators, policymakers and their faithful followers. While the network’s overall user numbers have been fairly static in the low 300 millions, certain leading Twitter accounts are becoming increasingly influential. To give one example, the 2008 Nobel Economics laureate, Paul Krugman, had around 1m followers in early 2013, but now has around 4.5m. Meanwhile Trump now has 55.8m followers, and Barack Obama 103m.

But how do tweets compare to traditional news outlets when it comes to moving markets? We have just published a new paper that attempts to provide an answer. We focused on announcements relating to the Greek debt crisis between 2012 and 2016, looking at their effect on the sovereign bond market. We chose to focus on the Greek crisis because it was of global interest; went on for a reasonable duration; and could be easily tracked because the word “Grexit” tended to appear in each announcement regardless of the language in which it was written.

As you can imagine, this was a big undertaking. We collected every mention of “Grexit” on Twitter in our sample and assigned to each day a value equal to the total number of the mentions on that day. This amounted to 1.3m mentions coming from 195 countries in 14 different languages. We then repeated this exercise with the traditional news media, collecting more than 62,000 mentions of “Grexit” from 3,700 different newspapers, magazines, broadcasters and wire services from 83 countries in 18 languages.

Making allowances for the fact that we had many more tweets than traditional news stories, we then looked at how these two types of news stories affected the gap (or spread) between Greek bond yields and German bond yields – traditionally German bonds are always used for comparison as the least risky sovereign bonds on the market. To work out the effect of these stories, we had to filter out the effect on bond yields of things like economic data or the latest pronouncements from financial institutions about Greek debt default risks or contagion or whatever.

We also had to exclude situations where information that originated on Twitter was influencing the traditional media and vice versa – for example, a tweet being followed up by newspapers, or a TV interview being retweeted. In either case, we ascribed the market influence to the original source of the story. (Incidentally, we found that Twitter was influencing the traditional media much more than the other way around.)

Working on the basis that original tweets and traditional news stories essentially produce activity for 20 days, we were able to come up with averages for the effect of each story. We found that for every 1% increase in the volume of Grexit tweets on a given day, the Greek-German spread widened by 0.67% over the next 20 days; whereas a 1% increase in Grexit mentions in traditional media widened the spread by 0.58% over the same period.

Because the Greek crisis was taking place in parallel with debt crises across the eurozone periphery, we also looked at to what extent tweets and traditional news stories about Grexit affected spreads between German bond yields and those of Portugal, Spain, Italy and Ireland. The one major effect was on Portuguese-German spreads, where the same 1% increase in tweet volumes moved the spread by 0.39% over 20 days. Interestingly, there was no comparable effect from stories that originated in the traditional news.

Though we only looked at the effect of one longstanding news story on one part of the market, it is, to our knowledge, the first time anyone has tried to compare to what extent traditional and social media move markets. Given that our research period ended in 2016, it may well be that the disproportionate power of Twitter has since increased.

We also need to bear in mind that Greece is a relatively small country – much smaller, say, than Italy, which is currently on a collision course with the EU over its budget. Given the ability of tweets about Grexit to raise fears of contagion to Portugal, it might be that tweets about the Italy/EU spat could produce bigger shockwaves.

Either way, an important question is whether Twitter’s market power is a problem. When you consider how instantaneously social media information is spread, Twitter is contributing to the efficient functioning of financial markets. On the other hand, there is the potential for misinformation: much has been written, for example, about automated “bot” accounts pumping out messages that can affect markets.

At present, however, social media regulation is light to non-existent. Some countries, including the UK, are looking at introducing tighter rules around what can be said on platforms such as Twitter. It is not made easier by differing views around the world – sentiment towards government intervention is stronger in Europe than in the US, for example. In the absence of coordinated government action, intervention at national level might not be very effective. As people realise just how powerful Twitter has become in relation to traditional news media, it will be interesting to see how this debate develops.

Note: This article originally appeared at The Conversation. The article gives the views of the authors, not the position of EUROPP – European Politics and Policy or the London School of Economics. Featured image credit: Pixabay (CC0) 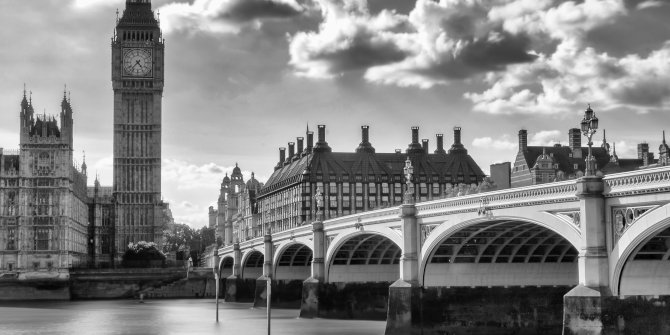