Men between the ages of 18 and 39 are often assumed to be the most likely to survive troubling conditions in refugee reception centres. Drawing on recent research on the Greek island of Samos, Gemma Bird highlights that this is not always the case. Vulnerabilities are not fixed, and in environments such as the one on Samos, the basic needs of all groups need to be better met.

The island of Samos is one of five Aegean islands housing a Reception Centre for refugees first entering Greece (and Europe) via sea. According to the UNHCR, there are around 3,500 people waiting on the island for a decision on the next stage of their asylum case (although other organisations suggest this number is in fact higher). This could entail waiting for their first asylum interviews, waiting for a decision, challenging a first rejection or waiting for an open card to enable them to move elsewhere in Greece. The current population is 51% male with the majority of those men being aged between 18 and 39 (in fact 46% of the overall population fall into this category according to the UNHCR).

Against this backdrop, the way we think about and engage with the concept of vulnerability becomes important. Vulnerabilities can be altered and enhanced by not having basic needs such as shelter and food met. Having access to additional water in this type of heat is important, as is access to food that doesn’t rely on an individual’s ability to queue. Within the Reception Centre, three meals a day are provided, however accessing those meals relies on a system of queuing, and dependent on the time of year, and the speed of delivery, estimates for the length of time spent in the line are anything between two and five hours per meal.

People who are elderly or pregnant find it harder to stand in line to access food. Similarly, if you are a person traveling alone you have less opportunity to share the burden of queuing. A family can take it in turns to be in line and collect the provisions for the wider group, but an individual does not have these opportunities. As we (myself and my colleagues from the IR_Aesthetics project) have written about elsewhere, there is a central role played by the NGO and activist sectors in supporting and supplementing the provisions of the state. Whether that be in providing homework support, or additional schooling for children in areas that do not have enough school places, or whether that is meeting the basic needs of the most vulnerable.

Since our last visit to Samos in January 2019, the number of NGOs on the island has increased, with groups working to provide support for different vulnerabilities and to provide spaces in which people can escape the Reception Centre and the heat during the day. Whilst more established organisations such as Samos Volunteers and Still I Rise continue to do vital work, new groups have either formed or set up an additional outpost on the island to fill the gaps in provision.

One of these NGOs, Project Armonia, formed with the intention of providing healthy meals in a safe and welcoming environment for the most vulnerable people on the island. Having taken over a restaurant in the town of Vathy, when they open in the next few weeks they will be providing 150 people with nutritious and tasty food, without a lengthy queue. Their intention is to grow this number and to be able to provide not only for those traditionally associated with vulnerability (pregnant people or the elderly) but also to support single men, travelling alone, who otherwise have to spend a large portion of their day waiting in a queue to receive the three meals a day they are provided with by the Reception Centre.

Single men travelling alone are not often associated with vulnerability, as such they are more likely to find themselves staying in tents, rather than containers, and the length of time they wait for a decision on their case can be longer. This group is also often overlooked by NGOs who, with limited resources, have to focus first on other traditionally more vulnerable groups. Project Armonia recognise this gap in provision and the effect it has in making this group more vulnerable. They talk about the need to support young men travelling alone through their project.

They are not only doing this through the provision of meals and a safe space, but also through providing opportunities to be a part of the organisation, to run the restaurant, and to gain the skills needed to work in catering after leaving Samos. This focus on food and skills is an important one, because as the team told me ‘if you speak to everyone it all comes back to food and water’, and by providing both in a safe and welcoming environment, they are able to fill one of the many gaps in provision on the island.

Podemos: Is a maverick leftist party mutating into the standard bearer of devolution? 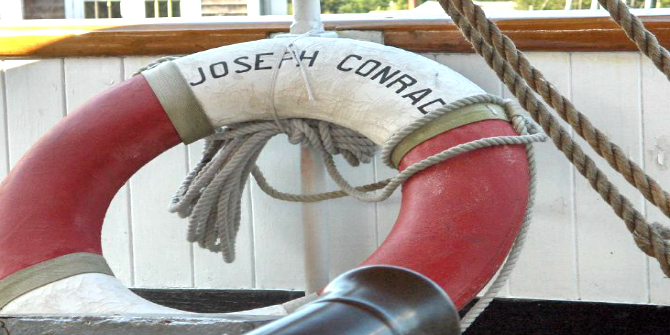