Over the last two decades, views on immigration and European integration have become increasingly polarised across Europe. But how has this polarisation affected the dynamics of party competition within individual states? Drawing on an analysis of political developments in Italy and the UK between 2015 and 2020, Stella Gianfreda describes how these two transnational issues illustrate the multidimensional nature of political competition in modern Europe.

The Covid-19 pandemic is just the latest crisis the EU has faced over the last two decades. First, the 2008 financial crisis created a sovereign debt crisis that threatened the future of the euro. This was followed by the 2015 migration crisis and the Brexit crisis, which showed how impactful populist messages can be in today’s Europe.

All of these crises teach us something about the nature of modern European politics. First, political issues are complex, transnational, and multidimensional. Second, contemporary politics is no longer just about right and left, tax and spending. The fault line of contemporary politics is between those that embrace globalisation and those that fear globalisation. More precisely, according to scholars such as Hanspeter Kriesi and his collaborators, conflicts over immigration and the European Union are the sign of the emergence of a new transnational cleavage that pits the ‘winners’ of globalisation against its ‘losers’.

In a new book, I assess the impact of this new transnational cleavage on the structure of party competition, in particular, party polarisation. To do so, I compare mainstream and populist (radical right) party positions on immigration and the European Union in Italy and the UK between 2015 and 2020, both at the national and at the European level.

The aim was to investigate the role played by immigration and the EU in reshaping political competition in legislative arenas, once these issues have become normalised within party systems. This, in turn, implies the need to evaluate the extent to which anti-immigration and Eurosceptic stances are linked by political actors when they mobilise political demands in public domains.

By combining qualitative content analysis and keywords analysis, I sought to assess party positions on complex policy issues across their constitutive issue-dimensions and across levels of government. Overall, my results suggest that the politicisation of immigration and the EU produces complex patterns of party polarisation, which seem to vary according to four main factors: party ideology, issue dimension, level of government, and incumbency.

Immigration crosscuts the traditional lines of division among political parties, creating conflicting ideological pulls within mainstream parties. These parties seem to be in a state of flux, and often adopt vague or blurred positions, with no clear patterns of polarisation emerging. Both in Italy and in the UK, mainstream right and mainstream left parties converge in supporting border controls and security measures – yet to varying degrees.

Besides, there is principled bipartisan support for humanitarian migration, which hints at a successful process of policy transfer of international and EU values and norms into domestic politics. However, when we look at migrant integration, there is no clear-cut divide between mainstream left and mainstream right parties: country-specific factors seem to explain parties’ positions on migrant integration better than ideological positioning, at least for mainstream parties.

Conversely, populist radical right parties (the League and UKIP in my analysis) oppose all targets for the issue of immigration with welfare chauvinism and nativist arguments. They use mainly sovereigntist, security and cultural-religious frames. The Five Star Movement, instead, mobilises the immigration issue, particularly the target of migrant reception, predominantly to boost its anti-elitist claims, while the party holds a somewhat ambiguous position on the various immigration targets (except for humanitarian migration, towards which the party tends to position itself closer to the left continuum of the political spectrum). Interestingly, the Five Star Movement shifts positions on immigration and the EU depending on the ‘host ideology’ of its coalition partner, in line with the chameleonic nature of a ‘pure’ populist party.

I show that Euroscepticism has been, at least partially, mainstreamed and normalised in the political arena. However, while mainstream right parties endorse a principled opposition towards the process of EU integration and towards EU institutions, mainstream left parties exercise a contingent and pragmatic opposition towards specific EU policies and embodiments with the aim of building a better and stronger Europe.

Thus, Euroscepticism needs to be understood as a cumulative concept, which ranges from reactionary to reformist forms. Besides, the 2015 migration crisis has broadened the political contraposition between an elite-led pro-integration coalition and a Eurosceptic sovereigntist coalition, bridging anti-immigration stances with anti-EU stances.

My case studies suggest that the way mainstream parties interact with populist parties on highly politicised topics has a strong impact on domestic politics, yet with different outcomes. In the UK, the Conservative Party neutralised the electoral challenge posed by UKIP by heavily co-opting its anti-immigration and Eurosceptic positions. However, this strategy eventually led David Cameron – in an attempt to appease his most turbulent hard-line Eurosceptic party members – to renegotiate the terms of the UK’s membership, with unprecedented consequences.

In Italy, in contrast, the Democratic Party, the main incumbent party during the period considered, found itself trapped between responsibility and representation. Although the party, under the leadership of Matteo Renzi, progressively adopted a more securitarian approach to migration, this move was not enough to counteract the electoral rise of the League and the Five Star Movement, with these two parties eventually forming a coalition government in 2018.

Overall, my work advances our understanding of the dynamics of party competition on highly politicised policy issues. I suggest that to grasp the complex dynamics of party positioning strategies it is necessary to take seriously the multidimensional nature of politics. This can be done by disentangling complex policy issues into their constitutive issue-dimensions and by comparing party positions across levels of government.

My work also underlines the importance of considering political parties as multifaceted organisations. My analysis of parliamentary speeches shows that the positions endorsed by the parliamentary party are often different from the ones held by the party leader or by the party in central office. This in turn suggests the importance of studying party competition in legislative arenas to enhance our understanding of intra-party dynamics.

For more information, see the author’s new book, Where Do the Parties Stand? Political Competition on Immigration and the EU in National and European Parliamentary Debates (Springer, 2021) 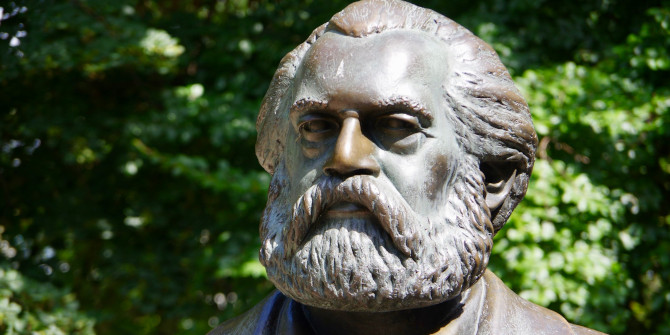