Emmanuel Macron made waves across the French-speaking world during his recent visit to Algeria. A French president visiting Algeria is never just another visit abroad – Algeria is special, not least because unlike other former French colonies, it was integrated as a department of France prior to independence in 1962.

While energy dominated the headlines, with Paris and Algiers close to signing a deal that could increase Algerian gas exports to France by 50%, the visit was remarkable chiefly because it represented several significant shifts in French, and more specifically Macron’s, policy approach to French-Algerian relations.

In 2021, Macron made one of the most significant diplomatic gaffes of his presidency by making the poorly advised statement that Algeria did not exist as a nation before the French invasion in 1830 and then accusing the “political/military” regime in Algeria since independence of pushing the narrative of a troubled Algerian history.

The statement was hypocritical given Macron is the president of a nation that was established through a political project of centralisation and by enforcing the language of the dominant culture onto the disparate regions of France. It was also diplomatically explosive. In response, Algeria withdrew the country’s ambassador and banned French military planes from its airspace.

This time, Emmanuel Macron struck a far more contrite tone, promising to open a joint commission of historians to examine the French colonial period. Of particular contention between the two states is the brutal war of independence that cost between 400,000 and 1.5 million lives – the majority being Algerians. Macron’s approach was a significant change from the rhetoric of the Sarkozy government of a decade ago, which was reluctant to mark the 50th anniversary of the signing of the Evian Peace accords that brought the war to an end.

Over the last decade, France has twice faced the prospect of a far-right president being elected in the shape of Marine Le Pen. In response to this threat, being seen to be tough on migration has become a preoccupation for Macron and the French centre-right.

During this period, French-Algerian relations have been strained by illegal migration from Algeria to France, which prompted the French government to dramatically reduce the number of visas available for Algerian, Moroccan and Tunisian citizens. Algeria causes a particular headache for the French authorities as the country has refused to accept the return of illegal migrants. Part of the agreements signed during Macron’s visit will reverse this trend and increase the number of student visas for Algerian students.

Security cooperation is likely to have featured heavily in discussions behind closed doors in Algiers. Even in times of strife, the two countries have shared security interests and have cooperated closely. Following the bloody war of independence in 1962, security cooperation between newly independent Algeria and France resumed after only a matter of months.

However, recent shifts in the security equation in Africa have added renewed impetus for Paris to get closer to Algiers. French forces have led anti-insurgent operations against jihadists in the Sahel region since 2013, following a request from the Malian government for France to help quell a rebellion that threatened to engulf the entire country. But a breakdown in relations between France and Mali resulted in French forces leaving the country earlier this year, with the base of their anti-jihadist operation – Operation Barkhane – moving to Niger.

The vacuum created by the French withdrawal has been partially filled by Russian Wagner Group mercenaries, demonstrating a swing away from French influence in Africa. This will worry Macron, who has acted to reassert French power on the global stage. However, he will find little traction in Algiers given the country’s strong security and arms relationship with Russia, graphically demonstrated by Macron’s presidential flight being escorted out of Algeria by Russian-made fighter jets.

Yet, all is not lost as Algeria and France share two key security interests. The first is the pacification of jihadists in the Sahel, something that Algeria is keen to achieve given its long civil war. The Algerian government, as a secular military dictatorship, is no friend of jihadists and the Algerian authorities work closely with France and the United States to combat Islamists in the region.

The second is control of the Algerian diaspora in France. Macron’s visit to Algeria angered some members of the diaspora, who criticised the president for not doing more to raise human rights abuses in the country. This underlined the fact that France, as the preferred destination for Algerian migrants, refugees and exiles, remains a place where opposition forces can cause headaches for the Algerian government. This is a two-way street as Algerian jihadists have previously staged attacks in France in protest at the French state’s collusion with the regime in Algiers.

The situation is further complicated by tensions between Morocco and Algeria, who continue to dispute the political status of the Western Sahara region. France has historically been closer to Rabat than Algiers in terms of security cooperation, but the tensions threaten to suck both France and Spain into a conflict they view as lower on their list of priorities than jihadism in the Sahel or undocumented migration across the Mediterranean.

Note: This article gives the views of the author, not the position of EUROPP – European Politics and Policy or the London School of Economics. Featured image credit: elysee.fr (licence ouverte) 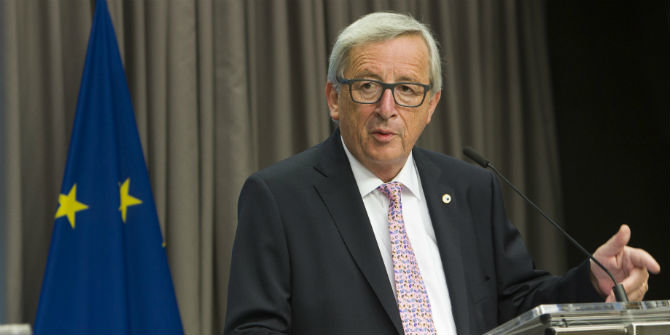