As part of her doctoral research on farmer vulnerability to water scarcity and climate change, Chandni Singh spent 10 months doing her fieldwork in rural Rajasthan, India. In this post, she reflects on effective strategies to liaise with local actors while doing ethnographic research.

“I have started going with SK to have tea at the local dhaba (roadside eatery) every morning. Today Mr LP mentioned that he spent the whole of yesterday waiting for subsidised fertiliser in Pratapgarh. Finally, he bought it for a higher price, because he had ‘no other option’. This perceived (and therefore real?) lack of alternatives, especially when it comes to timely agricultural inputs is a major constraint to farmers in Pratpgarh. But LP is a relatively affluent farmer (he mentioned he carried the fertiliser back on his motorbike) belonging to the Paatidaar caste – it made me wonder how poorer tribal farmers manage. LP becomes overfriendly with me at times, so it is good to have SK from the NGO as a buffer” (Field notes, 4 October 2011)

Why is liaising with local actors important?

The notes above from the first week of my fieldwork illustrate how participating in a common social activity (drinking tea) helped me gain insights into the daily constraints farmers faced in Pratapgarh (my research location). As a young, unmarried, female researcher (see also Yang Shen’s post in this blog), sitting at a male-dominated village dhaba alone in rural India would have been socially inappropriate. However, having SK, my contact in a local NGO, legitimised my presence and allowed me to participate in conversations I would not have ordinarily had access to. I could thus ‘hang out’ in otherwise restricted spaces, allowing community members to “watch, meet, and get to know you outside your ‘professional’ role” (deMunck and Sobo, 1998:41). Forming and nurturing strong relationships with local actors like NGO workers or district officials, not only helps a researcher understand the local context better, but also develops a network of key informants that can be invaluable for collecting data. Through liaising, one can also leverage existing social networks, thus viewing the social landscape of the research area as one where “field participants were interactants who most likely shared settings, history, and who knew each other, at least, by reputation”(Weber, 2001, as cited in Chereni, 2013:12 ). Acknowledging the presence of relationships prior to one’s fieldwork can also open avenues to building a researcher’s own social network. For a researcher who may be visiting the location for the first time, liaising with local actors is useful to help collect background reading before the field work begins, to arrange logistics (finding a place to stay, advising where to eat, helping with travelling) and to sensitise the researcher about social norms (dressing, acceptable behaviour). Most importantly, local contacts can help with introductions to appropriate key informants, help identify and contact village gatekeepers, and facilitate entry into otherwise inaccessible physical or constructed spaces.

My experiences: NGOs as facilitators of field research

My data collection journey began through a series of tentative emails in May 2011 to a contact in an NGO working in Pratapgarh. Since my supervisor had previous experience with working with them, the NGO was open to providing support to facilitate my data collection. We drew up an informal statement of my requirements, matched it with what help they could provide, and in October 2011, I found myself in Pratapgarh. Contacting the NGO well before I reached the location was very helpful because it gave me adequate time to go through the background reports they provided and allowed me to make informed choices once I reached the research location. The support of the NGO staff in the early days was invaluable – they helped me meet village heads and identify a local translator, showed me possible transportation I could use, and introduced me to relevant government officials. Being a well-reputed NGO in the region, their support paved the way for identifying key informants through snowballing, something Yue Wang (in her contribution to this blog) mentioned had been a challenge from her research with Chinese business people. The fact that they had a healthy working relationship with different government departments also facilitated my liaising with key officials. However, being a small NGO, they were overworked and understaffed, and I constantly juggled my support requirements with their availability. It is imperative to ascertain as early as possible that local actors have the time and ability to provide the help you need, and in return, you are not impinging on their resources.

Dealing with other actors: a balancing act

A few weeks into my fieldwork I realised that an important part of building my social networks was effectively negotiating sticky situations. From dealing with internal organisational politics to a particularly friendly government officer whose answer to suggesting accommodation options was to invite me to share his living quarters (!), I learnt that conducting my field work effectively meant handling such situations delicately. To overcome such awkward situations, I began following a routine – I conducted initial introductory meetings with government officials in the presence of an NGO colleague, which helped start the interviews easily, made them realise that I was embedded in a familiar organisation and thus should be helped, and discouraged any untoward behaviour. If I required a subsequent interview, I usually returned alone, which gave me a chance to discuss issues around the NGO’s activities without making it uncomfortable for either group.

‘Why did you come to Pratapgarh of all places? Whoever told you to come here misguided you terribly. It is very backward and you will have to work with tribals.’ To that, he added in a conspiratorial tone, ‘It’s not even safe… especially for girls; you know how these tribals are…’ (Field notes from a conversation with a government official, 13 November, 2011)

Being a woman researcher in rural India is having to constantly walk a middle path between ‘respecting and subverting village-level norms and conventions’ (Mehta, 2005:48). One area where being a female researcher had a distinct disadvantage was dealing with government officials, especially in male-dominated departments like water resources and agriculture. From apathetic answers, to not being taken seriously, it was often only when accompanied by male contacts that I was able to extract required documents or secure interviews. Dealing with engineers and peons, government officers and more importantly, their secretaries, I fast learnt to handle cold apathy and suspiciously excessive ‘concern’ as two sides of the same coin and the odd genuinely interested official always proved to be much-needed respite. Unfortunately, almost always, I found gently mentioning my ‘foreign university status’ opened doors that would not have been available if I was ‘merely Indian’ (see Yang Yang’s post in this blog on a related experience).

Living in a remote research location for over nine months, I realised that negotiating the dilemmas of my position as a researcher was going to be especially challenging (see the series of posts on this issue in this blog). Early on, I learnt to overcome the binaries of friend or colleague and developed more inclusive relationships closer to friend and colleague. And so I played Holi with my NGO partners, attended their marriages, and they in turn welcomed me into their homes and lives, allowing me understand their contexts and constraints better. These informal and often unreported ‘techniques’ of rapport and trust building helped me develop a network that not only facilitated my research directly, but also indirectly (by rescuing me from the often lonely experience of doctoral research). Sometimes, these new bonds impinged on my space to think and work as a researcher, but in retrospect, they contributed more to my research than I can quantify.

Leaving on a good note

Finishing up and “getting out” is one of the many challenges of long-term fieldwork (Iverson, 2009). A medical emergency in my family forced me to wrap up my fieldwork quickly and I was unable to present my findings to my host NGO before leaving. However, if I were to do it again, I would leave an extra week to conclude my field work journey by presenting my initial findings to the local supporting NGO and getting their feedback on my conclusions. In conclusion, liaising with local actors (who may or not be the main research participants) critically contributed to the success of my field research. It allowed me to gain entry into the location, built acceptance and credibility about my research project, and gave me access to otherwise restricted spaces. The networks created with government officials legitimised my work and let me access old records, and sometimes, attend public meetings useful for my research. Thus, for an ethnographic researcher, liaising with local actors effectively can only enrich field research and potentially pave the way for future research dissemination.

Mehta, L. (2005) The Politics and Poetics of Water: The Naturalisation of Scarcity in Western India. New Delhi: Orient Blackswan

Chandni Singh completed her PhD in Rural Development in January 2014 from the University of Reading, UK where her research explored farmer vulnerability to water scarcity and climate change in Rajasthan, India. She holds a masters degree in Natural Resources Management and has worked with indigenous communities in the Himalayas towards climate change adaptation and watershed development. Chandni blogs about her research at Village Vignettes and tweets @_chandnisingh.

The author’s reflections are informed from her PhD fieldwork carried out from September 2011-June 2012 in Pratapgarh, a tribal-dominated district in western India. The research had three strands of investigation: a) to explore farmer perceptions of water scarcity and climate change and compare these to meteorological data, b) to explore why some farmers are more vulnerable than others to climate change, c) to understand how current policies are shaping local capacity to adapt to changes in the socio-economic and climatic landscape. The research was funded by the Felix Trust. For more field stories from the project, read a 7-part column Chandni wrote during her fieldwork. 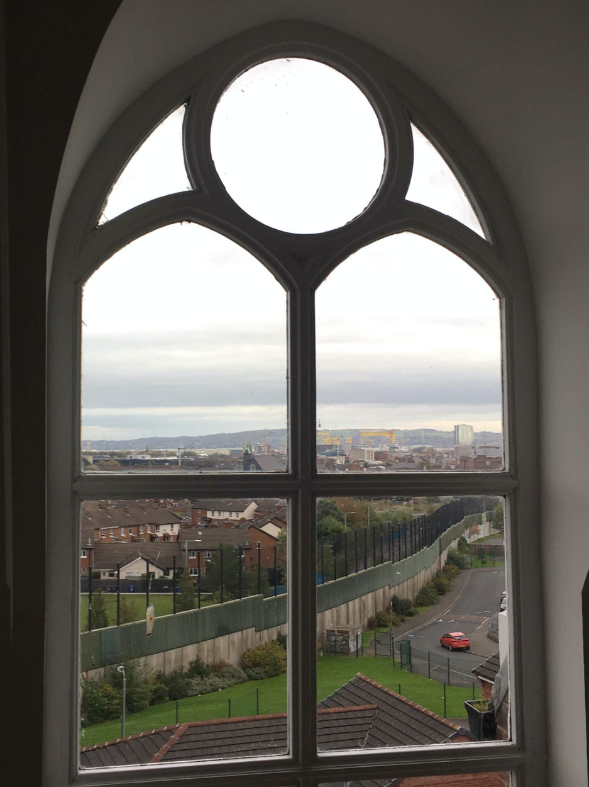