Unfunded research takes time and money for already stretched academics. Yet it makes up over a quarter of all research carried out in British universities. Professor Rosalind Edwards has spoken to academics about why they do unfunded research and argues that universities need to revalue this work in light of the significant contribution it makes to the impact agenda.

Over a quarter of all research carried out in British universities is said to be unfunded.  It is termed a budget deficit, amounting to 37 per cent of research being cross-subsidies from the teaching income stream.  That’s the institutional point of view.

What are researchers’ perspectives?

To hear their perspectives, I spoke to 30 academics at different career stages in a range of disciplines, who have carried out unfunded research about their experiences.

The first thing that became evident is that ‘unfunded’ is a bit of a misnomer.  In reality, it is often self-funded, both in terms of finances and investment of time.

The first thing that became evident is that ‘unfunded’ is a bit of a misnomer.  In reality, it is often self-funded, both in terms of finances and investment of time.  Academics can be using their own money to underwrite research expenses, and undertaking their research activities in evenings, weekends and holidays – what several wryly referred to as ‘research as a hobby’.

It also became clear that while being unsuccessful with a research funding bid was one reason, it certainly isn’t the main reason why academics conduct unfunded work.  Quite often the people I spoke to had not applied for an external grant for the unfunded projects we discussed.  They felt that the effort involved in writing the application, and the time spent waiting for an outcome with a high likelihood of failure, could be better spent actually doing the research, especially where opportunities came up at short notice.  These projects could be defined types of endeavour, such as a proof of concept or computer simulations, through to archival investigations and ethnographies that extended over several years.  The academics were motivated by a strong belief that the research ‘needed doing’ – that it would be of value and have an impact intellectually and socially.

Undertaking unfunded research might be the only way of seeing through a commitment to projects that would benefit communities and small groups where very little or no funding was available.

The constraints of externally-funded research

Being creative and intellectually-driven, pursuing the ‘thrill of ideas’ and ‘just finding out’ to make an impact through a contribution to knowledge can feel stifled by the goal-oriented agendas of funding agencies.  Externally funded research seems trammelled by intentions of creating potential impact relevant to government and business needs, while university institutional preoccupations appear to be focused as much on revenue-generation as they are generating knowledge.  The space to be flexible and independent in the practice of research outside of the funding system, its deadlines and requirements, is a valued aspect of carrying out unfunded research.

Impact beyond revenue and rankings

But the flexibility and independence in being self-driven does not mean that social usefulness and what is called non-academic user interests are left aside.  Indeed, undertaking unfunded research might be the only way of seeing through a commitment to projects that would benefit communities and small groups where very little or no funding was available.  Examples from people I spoke to include helping a local community garden project for people with mental health issues and a pilot service for a homeless charity each to demonstrate the impacts that they had on people’s lives, and supporting small archaeological societies map out potential dig sites.

The strong commitment to knowledge generation that conducting unfunded research requires is, however, tempered by its undervaluation within the university sector.  There is a paucity of structural supports and resources available compared with those that might fall into place where external grant income is gained.  Prestige is associated with bringing in research funding institutionally, which in turn can be a decisive factor in institutional promotion application decisions.  The outputs from unfunded research can boost an individual’s CV and publication profile, but career progression can be delayed or blocked without evidence of significant or sustained external research income generation.

It seems that some of the unfunded research was considered of such benefit by the academic’s University that it was in the process of being written up to form impact case studies to submit to the REF.

Yet unfunded research clearly does make significant quality and impact contributions to institutions.  It feeds into teaching and delivery of training courses.  It enhances the University’s academic environment and reputation, with presentations at international conferences.  Producing high-quality unfunded research can contribute to national and international university league tables, with 3* and 4* publications for the upcoming Research Excellence Framework (REF).  Indeed, it seems that some of the unfunded research was considered of such benefit by the academic’s University that it was in the process of being written up to form impact case studies to submit to the REF.  So the University potentially will be reaping the financial rewards of what gets considered a ‘budget deficit’ activity that is underwritten by personal resources of time and money.

Unfunded research is regarded as part of being an academic, an intrinsic feature of employment and vocation – ‘it’s what we do’ was a phrase that repeated over and again by the people I spoke to.  Universities could start to think of unfunded research in that way too.  They could, for example, acknowledge the contribution that it makes to their institutional reputation and, via REF submissions, to their income.  Allocating institutional time and support resources would be a start.

Rosalind Edwards is Professor of Sociology at the University of Southampton, UK. She has researched and published extensively on family issues, services and policies, contemporary and historical, as well as writing about research methods. She tweets at @RosEdwards2 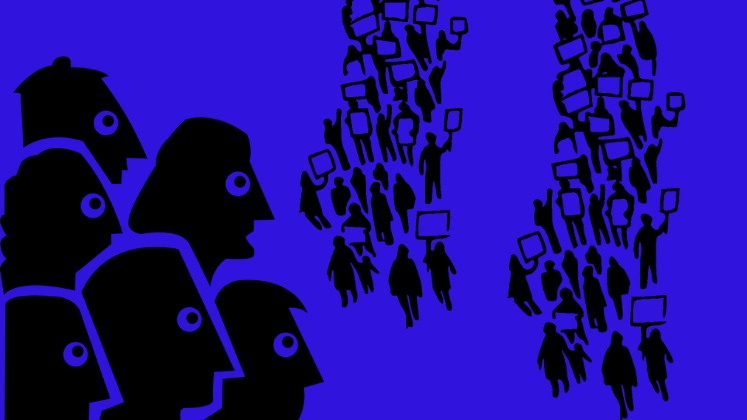