Drawing on their recent analysis of journals in the field of Higher Education Studies, which shows that journals with lower impact rankings are more likely to feature research from diverse geographic and linguistic contexts, Shannon Mason and Margaret K. Merga argue that researchers should adopt more careful citation practices, as a means to broaden and contextualise what counts as ‘prestigious’ research and create a more equitable publishing environment for research outside of core anglophone countries.

The ‘top’ journals in any discipline are those that command the most prestige, and that position is largely determined by the number of citations their published articles garner. Despite being highly problematic, citation-based metrics remain ubiquitous, influencing researchers’ review, promotion and tenure outcomes. Bibliometric studies in various fields have shown that the ‘top’ journals are heavily dominated by research produced in and about a small number of ‘core’ countries, mostly the USA and the UK, and thus reproduce existing global power imbalances within and beyond academia.

In our own field of higher education, studies over many years have revealed persistent western hegemony in published scholarship. However, we observed that most studies tend to focus their analysis on the ‘top’ journals, and (by default) on those that publish exclusively in English. We wondered if publication patterns were similar in other journals. So, we set out to compare (among other things) the author affiliations and study contexts of articles published in journals in the top quartile of impact (Q1), with those in the bottom quartile of impact (Q4).

In our own field of higher education, studies over many years have revealed persistent western hegemony in published scholarship

Unsurprisingly, we found that overall, there was strong representation of research in and about the USA, the UK, and Australia. However, we also found that Q4 journals are statistically more likely to include research and researchers from outside of the core anglophone countries. In doing so, Q4 journals make an important contribution to scholarship through the inclusion of research from and about regions that are otherwise under-represented. Further, it was only in Q4 journals in which articles written in languages other than English were considered.

Journal impact is based on citations, and whilst flawed, citation is an area in which researchers can exercise agency, and an opportunity to reflect on our own sometimes constrained practice. Following, we provide suggestions for relatively simple actions that researchers could take from today in order to draw on the rich research and experiences from a wider pool of nations and scholars and thus promote the diversity of views and voices heard within academia.

Cite articles beyond those in the ‘top’ journals.

Lower impact does not necessarily mean lower quality. In fact, one Q4 journal that we analysed was also ranked Q1 within another subject category, being somehow both the ‘best’ and ‘worst’ with the same content. Impact is not static, and journals may experience dramatic losses and gains in impact over the years. We suggest looking at a range of journals and determining the relevance and rigour of articles through other considerations, such as their peer-review protocols and the expertise and internationality of their editorial boards. If you work in a field where the ‘top’ journals are primarily publishing the works of scholars from core anglophone contexts, the only way to escape this may be to intentionally seek out literature beyond those journals, thereby including diverse perspectives that may only be found in ‘less prestigious’ journals.

Citing articles from contexts beyond that which is the most immediately apparent can also help expand research beyond the norms of our current “national containers”. Regardless of the discipline, our understanding of a phenomenon can only be deepened and challenged by looking at it from various viewpoints. Looking beyond the handful of leading journals within a field can help scholars develop and contribute to ideas outside of the dominant perspectives. This is particularly important for researchers seeking to claim that their work may be responsive to or reflective of global issues and populations. In stepping out of our national containers, we can not only expand our knowledge of a field, but also develop our awareness of various theoretical and methodological perspectives and possibilities that may be reflected in diverse contexts.

Unfortunately context is often a factor in determining publication, and we have experienced rejection in peer review due in part to the context in which a study was conducted. This highlights a broader point, that it is not only in our roles as authors that we need to be aware of the implications of citation practices, but that it should also inform our decisions as editorial board members and peer reviewers.

Cite works that are in languages other than English.

Even if you are reading this as a monolingual English speaker, having command of just one language no longer has to exclude you from citing works in languages other than English. While online translation tools such as Google Translate are not perfect, we can use these tools judiciously in order to include research works published in languages that we are not proficient in. For example, in her forthcoming book Merga expanded the pool of diverse literature drawn upon after noting her own dependence on exclusively English academic literature, the result was a book with broader international relevance. Indeed, the inclusion of non-English articles in our paper was a methodological choice rarely applied in similar studies, which required more effort and some creativity, when the skills of our multilingual research team reached its limits.

Provide clear details about the context of your own research.

A failure to contextually position a study within the broader discourse compromises generalisability, although it would be a rare study to have universal applicability. To make it easier for those outside of your context to find compelling commonalities or differences, we suggest that you illustrate how your work may relate to other and broader contexts. Consider, while scholars are commonly expected to make the relevance of their work for a US audience explicit, the expectation that USA-based scholars highlight the utility of their work for audiences beyond the USA is rare. In our study we found many cases of articles, ultimately found or presumed to be from the USA, that did not give any details of the context, which would be required for readers to fully understand and interpret their findings.

If scholars increasingly cite beyond ‘top’ journals, cite work in languages other than English, and connect their own work with broader contexts, this could help to promote a more equitable publishing environment. We suggest that when developing our own academic papers, and when critiquing the work of others, it is important to increasingly adopt and encourage these simple practices. Of course, there are broader structural issues and systemic forces at play and individual efforts can only go so far. Real change requires reflection, awareness and effort from all gatekeepers in the publishing process, but also material changes, to ensure that quality is ultimately not conflated with context. 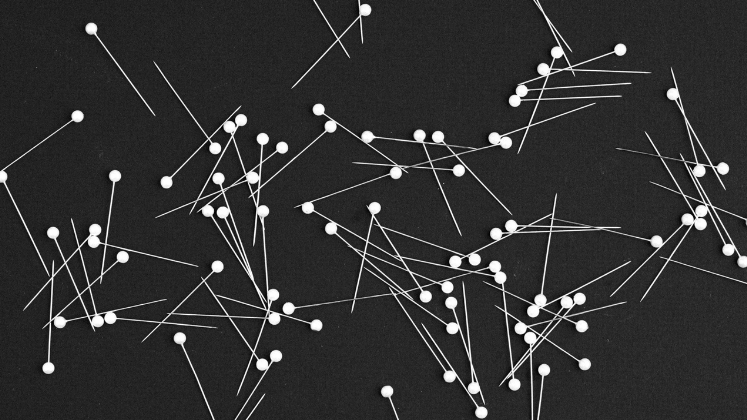