As the nation heads to the polls, the balance sheet of Michelle Bachelet’s second government is negative, write Roland Benedikter (EURAC Research, COHA, University of Wroclaw) and Miguel Zlosilo (Artool, Chile) in the first of a three-part series on Chile’s 2017 presidential election.

• Read parts II and III: Who will win and why? and Alliances and aspirations of Piñera and Guillier

On Sunday 19 November, Chile goes back to the ballot box, with presidential and general elections likely to produce another change of course in the nation’s young democracy. But after nearly four years of the second mandate of the centre-leftist government of Michelle Bachelet (since March 2014), the mood of Chilean voters is negative, and recent polls reveal a majority unsatisfied with the development of the nation.

Changing perceptions of the Bachelet governments

Bachelet’s first term (2006-10) ended in March, 2010, with record popular support of 84 percent, according to the Santiago-based polling firms Adimark GfK, CEP Chile, and CADEM. At the start of her second term in March 2014, Bachelet had an approval rating of 65 percent, but this decreased to 24 percent at the end of 2015 and had sunk to 21 percent in August 2017. Disapproval of Bachelet was higher than for any other president since 2000 when it hit 56 percent in the same month.

Adimark and CEP found in August 2017 that 69 percent of Chileans considered the country to be in a state of stagnation, while just 16 percent believed that it was progressing and 14 percent saw it in decline. These are the most negative figures of any recent president.

In sum, public opinion polls shortly before the elections revealed clear discontent with Bachelet’s politics, as well as with most parts of Chile’s political system.

As usual in post-dictatorship Chile, the mood curve of voters mirrored developments in the governing political alliance.  Chile’s leftist and rightist party alliances often start out with great pathos, but serious divisions between their constitutent groups soon emerge.

Bachelet’s mandate was a constant struggle against dissolution of her alliance, which required the daily forging of compromises and a consistently brave face on difficult circumstances. This led to a succession of lukewarm positions which could satisfy neither the political nor the public sphere, since they were in stark contrast to the bold moves promised.

Without doubt, the process of reform promised by Bachelet faced many headwinds. The fall of copper prices, the temporary stagnation of emerging economies, and a hesitant recovery of major trade partners certainly did not help.

However, the failure of Bachelet’s second political project was due mainly to internal problems rather than external influences. There was a constant crisis of Bachelet’s reform project, both in terms of popular support and of the political unity of her alliance at the institutional level.  None of which is to deny that her efforts did generate partial success and a symbolic legacy in certain domains, not least gender emancipation and the environment.

The overall judgement of Chilean academics, commentators, and intellectuals appears to be that Bachelet’s second government failed because it breached her five fundamental promises:

All of these reform goals fell short of the expectations.

Bachelet’s tax reform was quickly modified and became, in its ultimately half-hearted incarnation, a perceived cause of the lax growth of the economy. The reform was widely criticised due to the complexity of its application, particularly by SMEs. Before it passed congress, it saw higher approval than disapproval rates. But once the law was passed, the trend reversed and rejection rose to twice the level of consent.

The educational reform failed to offer universal free education for all students. It did not end profit-making in higher education, and it introduced few concrete measures to improve the quality of education. It was opposed by the Chilean Council of Rectors and by the main private universities. After several protests marches in 2015 public disapproval rate of this reform effort reached 70%.  Disapproval peaked at 72% shortly after Bachelet’s Higher Education Reform in 2016 and declined in 2017 to 52%.

The constitutional reform failed to generate an official document that included agreements achieved from town-council meetings. The constituent process and concrete form of the proposed Magna Carta were never clarified. The reform process failed to define a strategy to generate substantial changes in the constitution and was not able to specify the legal form of carrying them out.

Bachelet’s labour reform largely displeased the unions, which represent a significant portion of her constituency and governing majority. Rather, the reform provoked deep disputes over the legitimacy of leadership. It criticised the business community and SMEs: the first because of its profits and the second because of disparities in the fiscal treatment of large firms, SMEs, and workers. Even union leaders felt the reform was tailored to suit the needs of the banks rather than the man in the street. Public approval of the labour reform declined consistently until the end of 2016, when it bounced back a little.

Finally, the pension reform failed to become a bill, despite the persistence of the executive. The closest it came to realisation was the so-called Bravo Commission, which failed to reach a consensus between those in favour of raising the retirement age and those favouring a so-called solidarity pillar, including private pension insurance. This reform project also saw higher rates of public disapproval than approval.

Overall, Bachelet has proved unable to capitalise on her 20% percent winning margin in December 2013’s second round and move forward with her reform project. Despite enjoying an unprecedented majority in both chambers, she did not properly build support for her structural reforms. She also committed serious errors in the selection of her main collaborators at the level of ministers and advisers, not to mention the involvement of her son Sebastián Dávalos in a real-estate corruption scandal involving parts of the political and financial elite.

Critics were able to play up failings at the social level, but also at the macroeconomic level. During Bachelet’s second mandate neighbouring Peru outperformed Chile in direct foreign investment, threatening Chile’s dominant position in the copper market that is so central Chile’s commercial base.

Thus, the distance between concrete results and the ambitious objectives outlined at the start of her tenure means that the second Bachelet government has to be seen as a failure. Whatever the outcome of the 2017 presidential election, the new government would do well to learn from Bachelet’s missed opportunities. 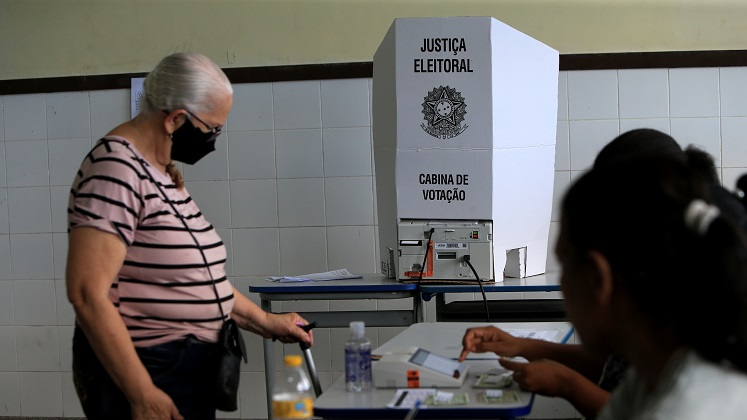 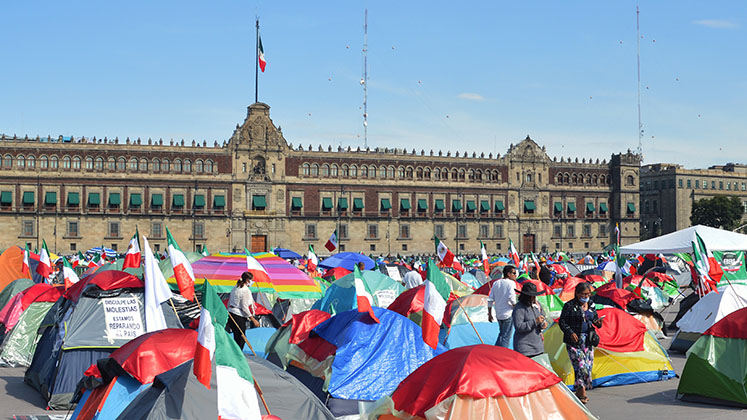