Being a man in research in Latin America and the Caribbean entails a peculiar set of benefits and risks, but it also shapes research projects, data, and ultimately analysis. Unlike their female colleagues, male researchers seldom reflect on their positionality, yet this can strengthen our research, help us to develop as professionals, and improve our ethical behaviour in the field, writes Adam Baird (Coventry University) following on from his participation in the LSE LACC, PUC-SP, UNICAMP Researcher Links Workshop on Governance, Crime, and International Security.

Why talk about masculinities and methodology? Well, the fact that virtually no one does is a good enough reason in itself. This is especially true when we consider that the other side of gender provides a rich tradition of feminist epistemology, across methodology and critical analysis, that brings asymmetries of relational power to the surface. This is not to suggest that there is a “masculinist epistemology” yet to be discovered, but rather that male researchers seldom reflect on their positionality as “men in research”.

Being a man in research comes with some advantages, not least elements of male privilege, but it also has drawbacks and potential weaknesses. But the fundamental point here is that critically reflecting on these complexities of male experience can help us become better, more ethical researchers.

Being a man in research on Latin America and the Caribbean

My own experience comes from interviewing street-gang members in Latin America and the Caribbean, a process so deeply gendered that it operates at a less-than-conscious level.

Whenever I approached gang members on the streets, I developed a habit of leveraging my “male advantage”. I would try to ingratiate myself by talking about football, beer, or women – the usual gamut of what might be called male banter. Intriguingly, my own characterisation came to reflect the masculinity of the gang members that I interviewed, at least superficially. I soaked-up their linguistic norms, the language of the streets.

Building this cultural competence was completely permeated by gender. Becoming “one of the boys” to gain access raises moral dilemmas. Whilst this leverage is available to male researchers, it is of course not open to women in the same way.

Researcher gender identity can be used to our advantage in the search for common ground. Developing a gendered entente cordiale with young male gang members opens doors to hearing about “manly” gang activities such as glorified violence, guns, fighting, and sex. The shared maleness between researcher and subject can significantly direct the methodological process and consequent analysis in ways that we may neither be aware of nor control in the moment.

Maleness, trust, and the data

Methodological maleness is a double-edged sword. On the one hand, it can be remarkably effective for opening interviews and accessing information about men’s lives: banter can break the ice and then lead to more sincere discussion.

I recall speaking to two young men in Belize City who were trying to leave gangs by earning money through music production and events. At first, they spoke about women in explicit terms of sexual conquest, but they later became more confessional, opening up about the shame of having to make ends meet by “hustling” as “gigolos” for older, wealthy, female clients. My sense is that they would not have admitted this to a female researcher.

On the other hand, “men’s talk” between researcher and researched can establish a tone of bravado that is difficult to turn down unless we are critically aware of it. This can make it challenging to coax men into discussing more sensitive areas of their lives, such as the emotional burden of violence, trauma, and loss, or the negative impact of gang violence on individuals, families, and communities.

Clearly, men researching men can give the data a masculinist shape. This is not necessarily negative, but it requires (self) reflection.

In my own experience I have often found gang members to be performative. Speaking to a man, that sense of masculine competition and male ego was often close to the surface, particularly when they presented themselves heroically in stories of street violence. Yet speaking to members of the community would often reveal the same men also to be rapists and murderers.

In this light, becoming one of the boys also formed the basis of ethically opaque “friendships” with gang members, raising serious questions about how male bonhomie in fieldwork can legitimise local scripts of violence.

Being a man also blocked off other avenues, however, as I found when investigating sexual violence by gangs. Essentially, my status as a male researcher meant young women in the community would not talk to me about their experiences, and ultimately I could only gain access to the relevant information by collaborating with a female researcher.

This backs up a point once made to me by a female colleague: though male bonding may not be an option for female researchers, other gender-specific paths are open to them.

When she interviewed gang members in an Ecuadorian city as a young woman, she was able to create intimacy and access information not usually shared in man-to-man conversations. Many years later she returned to the same community and was perceived as the “friendly grandmother” by gang members, which facilitated emotional and confessional responses.

Here we can imagine the vast potential divergence of qualitative data and analysis between “one of the boys” and the “friendly grandmother”.

Maleness and risk in the field

Is there such a thing as “male risk” during dangerous fieldwork? My own notion of “ethnographic safety” suggests that over time researchers learn to perceive and avert danger by gaining a “feel for the rules of the game” in violent communities. These rules, locally situated normative parameters around risk and victimisation, are deeply gendered.

Whilst male-specific risk is virtually unheard of, gendered risk is something female researchers have been dealing with since time immemorial. Women researchers regularly experience sexualised interactions, sexual objectification, and harassment during fieldwork, and even harrowing instances of rape can be found in the literature.

Yet the gendered dynamics of risk rarely – if ever – cross male researchers minds during fieldwork. It is difficult to imagine a conversation with a male colleague that would begin “how does being a man affect your safety in the field?”

Clearly, it is far less common for male researchers to be victims of sexual harassment and abuse, so much so that this is rarely a consideration. However, the majority of murder victims in violent communities across Latin America and the Caribbean are young men, so what would that mean for a young male researcher venturing into those kinds of settings?

Bear in mind that researchers are seldom murdered in the field, and that threats are much more common than actual violence. A gang member once threatened to kill me on the streets of Medellín, disrupting my research for several weeks. But victimisation takes gendered forms, and I expect that this incident would have played out differently had I been a woman. Maybe I would have appeared less threatening, less likely to be a police informant, or would have been treated less aggressively. Or maybe I would have been subject to some form of sexual harassment instead?

The threats we expect as men and women inform the calculated risks that we take in the field, which in turn influence research outcomes.

It is also noteworthy that methodological “edgework” where the researcher adopts the risk position of the research participants is overwhelmingly a male endeavour.

To provide but a few examples, one crossed into the USA via a treacherous route alongside Mexican migrants, another joined a Central American gang, a third spent the night with crack addicts under a bridge in Sao Paulo during his first week of PhD fieldwork, and one took an impromptu week-long boat trip off the coast of north-eastern Brazil with a crew of armed smugglers.

These are all cases of male researchers doing research (largely) with men. At some level their gender identity conditioned their perception of risk-to-self, essentially granting them access to field settings which may be less open to women.

Whilst calling men’s research in dangerous settings “macho research” is admittedly something of a provocation, there is a serious point behind it: as men we ought to be conscious of the male ego, our libido dominandi, and the temptations of bravado in our methods. Likewise, we should take care not to write sensationalist accounts that valorise the risk-taking, intrepid, white and male ethnographer star.

Neither is male bravado easy to switch off outside the field for many researchers of violence, with embellished stories of near misses exchanged regularly and nonchalantly at academic conferences. As the anthropologist Kimberly Theidon once noted:

…in numerous conversations I have found myself listening to male colleagues engage in one-upmanship on the ‘horror index’; just who has seen the goriest scenes, the most battered bodies, dodged the heaviest rain of bullets?

We also need to be honest. In the past I have caught myself criticising a colleague’s gang-research field site because it “wasn’t really that violent, not like Medellín or Belize City”. And once, as a young PhD candidate at a conference I showed photos of mourners crying over the coffin of a murdered community leader, only to face the justified criticism that these were tangential to the argument and therefore gratuitous. Lessons learned.

Essentially, then, it is high time that we discussed and developed our understanding of masculinities in methodology more broadly. This would be doing a service not only to our analysis, but also to our efforts to develop as professionals and improve our ethical behaviour in the field.

Notes:
• The views expressed here are of the authors rather than the Centre or the LSE
• This post draws on the author’s article “Dancing with danger: ethnographic safety, male bravado and gang research in Colombia” (Qualitative Research, 2017)
• Featured image credit: Craig McLachlan, Unsplash licence
• Please read our Comments Policy before commenting

Dr Adam Baird is a Research Fellow at the Centre for Trust, Peace, and Social Relations at Coventry University and a Visiting Fellow of LSE Latin America and Caribbean Centre. He holds a PhD from the Peace Studies Department at the University of Bradford and is a trained ethnographer with a focus on crime, gang violence, Citizen Security, and urban insecurity in Latin America and Caribbean. He is an ‘Associated Expert’ to the UNDP Crisis Response Unit for armed violence reduction and Citizen Security and has also worked with the ICRC, Norwegian Red Cross, as well as various NGOs and community-based organisations. 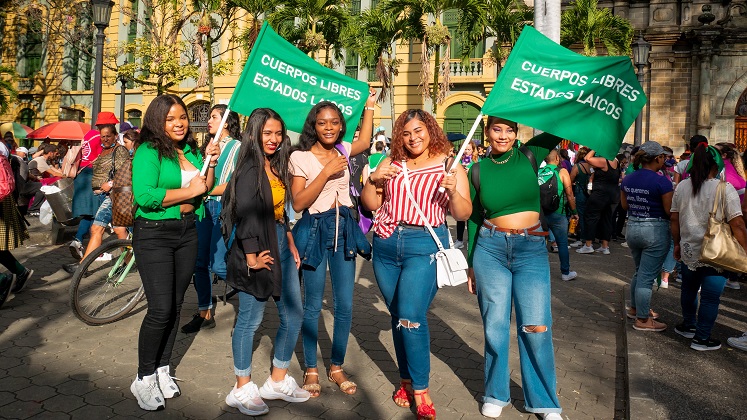 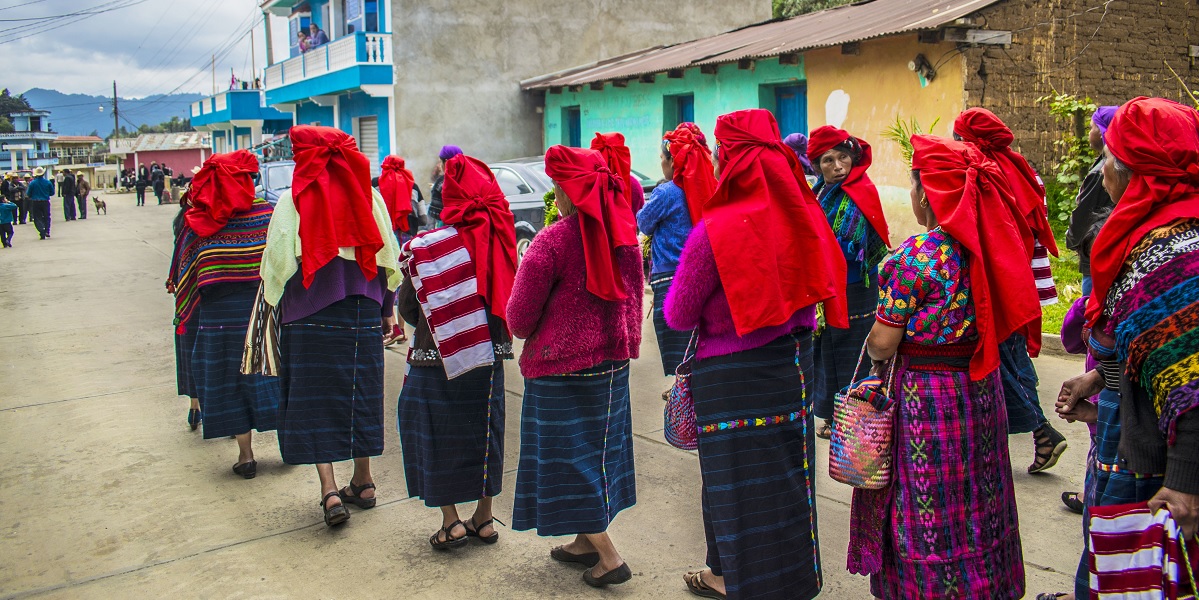