A hundred years ago on 6 July 1916 Arthur Steel-Maitland was elected LSE governor and Chairman of the Court of Governors. He replaced the Liberal politician Russell Rea who had died in February 1916, writes Sue Donnelly.

Steel-Maitland (then simply Arthur Steel) was born in India and educated at Rugby School before winning a scholarship to Balliol College, Oxford. There he took a first in Classics and jurisprudence. In 1899 he was Eldon Law Scholar and President of the Oxford Union. From 1900 he was an occasional student at LSE attending the Director, William Hewins’ lectures on economics. He married Mary Ramsay-Gibson-Maitland in 1901 and took the name Steel-Maitland.

In 1901 Steel-Maitland’s political career began as the unpaid secretary to the Chancellor of the Exchequer, C T Ritchie, later resigning over the repeal of a one shilling duty. In 1906 he was the unsuccessful Conservative candidate for Rugby. Throughout his career Steel-Maitland combined interests in economics, tariff and social investigation – from 1906 to 1910 he organised a series of seminars on social questions for the Conservative Party.

Steel-Maitland’s second brush with LSE people came in 1907 when he was appointed Assistant Commissioner to the Poor Law Commission whose members included Beatrice Webb. He undertook investigations into casual labour, unemployment, housing conditions and child labour. He entered Parliament in 1910 as Conservative MP for East Birmingham and as chairman of the Conservative Party overhauled the administration of Conservative Central Office. In May 1915 he became Under Secretary for the Colonies and from September 1917 held the joint posts of under-secretary at the Foreign Office and parliamentary secretary to the Board of Trade.

In June Sidney Webb approached Steel-Maitland about the role of Chairman of the Court of Governors:

Steel-Maitland was a useful and interesting choice – his interest in economics and social issues chimed with LSE but his contacts in the Conservative party were a useful support again the charges of political bias regularly made against the School. Steel-Maitland remained Chairman until his death in 1935.

Steel-Maitland took his role as Chairman seriously despite his busy political career which included holding the post of Minister of Labour from 1924 to 1929 throughout the General Strike, when he appears to have been critical of employers and workers in equal measure. The main achievement of his time in office was the 1927 Unemployment Insurance Act which controversially re-introduced means testing – bitterly opposed by Labour politicians. Steel-Maitland lost his seat, Erdington, in 1929 and although he was swiftly elected for Tamworth he was not appointed to office in Ramsay Macdonald’s National Government and spent the rest of his career on the back benches.

Despite his other interests Steel-Maitland took his LSE role very seriously and ensuring his attendance at Emergency Committee and proving an effective writer of appeal letters. He also found speakers and chaired lectures and was also happy to defend LSE from attacks by fellow Conservatives.

In 1919 after the Director, William Pember-Reeves sent his resignation to Steel-Maitland he was closely involved in discussions about appointing a new Director, including an assessment of the suitability of the economist J M Keynes. In the end Keynes was uninterested in the role and William Beveridge was appointed. In 1926 Steel-Maitland wrote to ask the LSE governors to subscribe to a portrait of Beveridge to mark his term of office as Vice Chancellor of the University of London. In 1933 he joined Beveridge on a visit to the USA, funded by the Rockefeller Foundation, to investigate the initiatives funded under President Roosevelt’s New Deal.

The final year of Steel-Maitland’s chairmanship was far from easy. Beveridge was in conflict with the Students’ Union over the banning of Marxist Society meetings which led to the expulsion of two students and Beveridge and Harold Laski were in conflict over the issue of whether Laski’s journalism in the Daily Herald brought the School into disrepute. Steel-Maitland appears to have tried to calm Beveridge but did not prevent the student expulsions.

Sir Arthur Steel-Maitland died on 30 March 1935 while playing golf with friends at Rye. Many of his obituaries remarked that Steel-Maitland’s political career had failed to reach its full potential. In contrast Beveridge’s tribute, delivered in a radio talk published in The Listener on 10 April, described a man with a “readiness to think new experiments worth trying”. 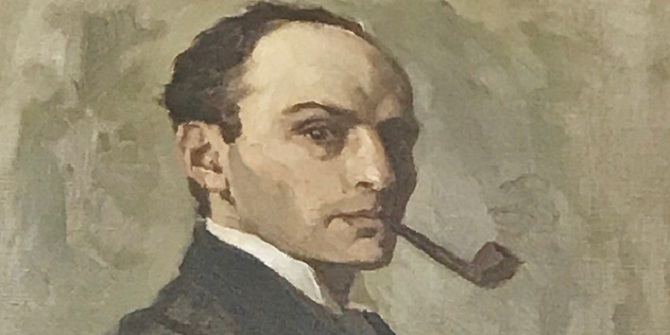 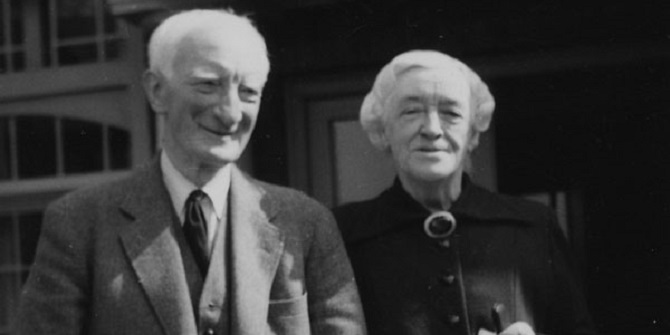