The privatisation of our cities has gone too far, argues Anna Minton in this passionate and convincing tale of the brutal links between regeneration, capitalism and unhappiness. Fran Tonkiss finds Minton’s analysis of the real legacy of the Olympic Games compelling, with important warnings on inequality and police states. 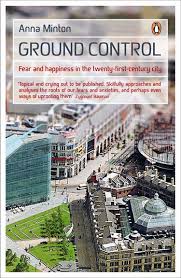 Ground Control was first published in 2009, during the late show of the New Labour project and against the back-drop of financial crisis. Its account of the privatisation of British cities – their housing stock, open spaces, streets, shopping precincts and public services – served as grim testimony to years of boosterist urban policy, and raised questions as to what might happen now the money had run out.

In 2012, as London is re-made as a kind of Beijing-on-Thames for the Olympic Games, we see the timely issue of a revised version of Anna Minton’s book. A new preface begins with the Olympic Park development, from compulsory purchase and enclosure to the Qatari buy-out and drone surveillance (the roof-top missiles clearly came too late for this edition).  Minton re-joins the original text just a few miles away – in London’s Docklands, still the best example of “the architecture of extreme capitalism” (p.14) the country has on offer. The spatial proximity between these two developments neatly suggests the continuity between the urban policies of Conservative governments after 1979 and those of New Labour from 1997. Many of the elements of Minton’s analysis were laid out on the Isle of Dogs: market-led urban development, the identikit design of quasi-public spaces, the growth of private security and gating, the stark boundaries between pockets of increasing affluence and those of impacted deprivation. And, she contends, the creeping unhappiness and fearfulness of many city-dwellers.

In addition to these continuities over time, Ground Control tracks the policy traffic across space that saw British governments take their cues on housing and regeneration from the United States. One key import under Labour was the private-private partnerships represented by BIDs –Business Improvement Districts funded by local businesses and geared to their interests in securing safe, clean and pacified spaces for commerce. The BID model is still with us, and looks set to be a player under an emerging localist agenda, but Minton is convincing on the ways its ‘Clean and Safe’ objectives have gone together with efforts to clear public spaces of anyone (youths, street drinkers and rough sleepers, of course, but also political petitioners and un-lucrative old people) who is inimical or incidental to the conduct of trade.

Minton skewers the ugly Newspeak of recent urban policy: the ‘zones of opportunity’ in low-value housing markets targeted under the un-lamented Pathfinder scheme, for example, and sold off to the usual suspects among the larger developers (or ‘preferred bidders’). She is sceptical regarding the vapid language of ‘urban renaissance’, and highlights the chilling idiom of ‘the wider police family’ coined under the 2002 Police Reform Act’s provision “for the exercise of police power by persons who are not police officers” (p.45). Indeed, it is now difficult at times to know quite which member of the ‘police family’ it is patrolling your high street, your estate or your cul de sac.

The analysis overall is compelling. The question of how to respond is harder. Minton would like us to be a bit more European, Scandinavian especially. This involves two main elements. The first is greater diversity in housing provision, particularly via a more secure and equitable private rental sector. The second is the development of a properly publicand civic culture of urban space. There is a very good case for making the private rental sector in Britain work harder and better: in other European contexts it manages to provide secure and affordable housing (see LSE London 2011). Across England and Wales, meanwhile, more than one-third of all private tenants claim housing benefit, representing an £8 billion annual public subsidy to landlords. The Prime Minister noted in late 2011 that the housing market has been “one of the biggest victims of the credit crunch” – side-stepping the fact that it was also one of the major culprits in the credit bubble, not least in the distorting effects of buy-to-let at the lower end of the market. Current government strategy takes on the problem from all sides: planning reform, land release, stimulus funding for developers, money for empty homes (one of the few segments of the housing market that is regularly over-supplied), and government-backed mortgages.  Construction, too, has become a public sector concern. At the height of the boom in 2007 private orders were worth four times the value of publicly-funded construction; by 2011 more than half the money going into new building was public. This may not be quite what Minton had in mind, but it does underline the central role that public money as well as public policy has played in the ‘privatisation’ of Britain’s cities – again, the Olympic development looms large here.

There are two other factors, however, that would be required if one wanted to make British cities look more European, both of which go beyond urban policy in any narrow sense. The first is a strengthened role for the state (central, city-regional and local) in housing provision and protection, and in urban public services. The second is a narrowing of urban inequality – necessary if one’s continental model is Copenhagen, although less so if it is Paris or Madrid. Inequality is antithetical to all the urban qualities Minton values: environmental health; civic-mindedness; shared access to public space; even – if certain international surveys are to be believed – happiness. Minton’s book is an indictment of the privatisation of British cities under the 1997-2010 Labour governments, and the ‘legacy’ (to use that mode-ish term) it has left. It is a reasonably safe bet half-way through the term of Labour’s successor, however – as the wedge of public spending cuts, housing benefit reform and local government retreat goes deeper – that for urban inequality, and for the state of Britain’s cities, things can only get worse.

LSE London (2011) Towards a Sustainable Private Rented Sector: lessons from other countries (edited by Kath Scanlon and Ben Cochan).

An earlier version of this review has been published in Sociology, 45/2, April 2011 by SAGE Publications Ltd, All rights reserved. ©

Fran Tonkiss is Reader in Sociology, and Director of the LSE Cities Programme. Her research and teaching is in the fields of urban and economic sociology. Her interests in urbanism include cities and social theory, urban development and design, urban inequalities, spatial divisions and public space. In economic sociology, her research focuses on markets, globalisation, trust and social capital. Publications in these fields include Space, the City and Social Theory (Polity, 2005), and Contemporary Economic Sociology: Globalisation, Production, Inequality (Routledge, 2006). She is the co-author of Market Society: Markets and Modern Social Theory (Polity, 2001, with Don Slater), and co-editor of Trust and Civil Society (Macmillan, 2000, with Andrew Passey). She is currently managing editor of Economy and Society; she was previously an editor of the British Journal of Sociology, and remains a member of the editorial board. Read more reviews by Fran.