This book looks at violent and protracted struggles in which local people from countries like South Africa and Northern Ireland have sought to make their own peace with local combatants. Meike de Goede finds the case studies presented from a wide variety of countries make for a valuable contribution to the study of local peace initiatives.

Peacebuilding is a multi level process involving war-mongering elites as well as local communities. On paper, the idea of a multi-level process means that processes and initiatives at different levels (grassroots to elite level) are complementary and interconnect both horizontally and vertically. But in practice, peacebuilders are confronted with a multitude of context-specific obstacles that make this difficult or even impossible. The inter-dynamics between grassroots processes and national level processes are complex. For successful peacebuilding, neither elite level nor grassroots level processes on their own suffice. The challenge lies in finding ways to reaffirm the complementarity of such processes, and strengthen interactions. The collection of essays edited by Mitchell and Hancock provide case studies that engage with these challenges.

The book builds on an earlier publication in which Mitchell and Hancock have developed the concept of Zones of Peace, which  generally refers to local level initiatives to ‘opt out of the conflict’ and establish a peaceful, democratically governed community environment, or to sites of local peace building in the context of a national process.

The book is a collection of case studies covering the Caucasus region, South Africa, Colombia and Northern Ireland, discussing how local communities have fared with their peace initiatives in the context of ongoing conflict, peacemaking or peacebuilding. The chapters on Colombia show how local communities have attempted to resist the Uribe regime’s ‘Democratic Security’ policy — a policy which in practice declared everybody that did not fully support Uribe’s regime as a rebel supporter. The local peace communities emphasized their neutrality, but were often faced with harsh repercussions from either party to the conflict.

A completely different, but equally fascinating experience was that of South Africa, where the peacebuilding infrastructure included local level processes. Through these Local Peace Communities, communities could engage with the national level conflict and peace process in the way it manifested itself on the local level. This is a promising experience for other cases. However, the bottleneck may be in its dependence on elite level commitment to peace, the implementation of the peace agreement and the emphasis on community processes. In practice, this is not a given at all.

The book may have benefited from the inclusion of cases from Sub-Saharan Africa. There many peace processes have been inclusive (for example through National Sovereign Conferences or the inclusion of civil society organisations in peace negotiations). However, they have not been all that successful in that region in building peace through a joint approach that combines top-down and bottom-up processes. Mitchell and Hancock’s framework could be helpful for an analysis of this phenomenon.

The editors of the book have therefore emphasised the differences in the dynamics between local and national level initiatives during different phases of peace – war, peacemaking and peacebuilding – and how this impacts on the relations between local communities’ efforts to build peace and elite level processes. This distinction is analytically interesting, albeit not very surprising. However, the book offers little in terms of how local initiatives can break these patterns.

Although the material in the case studies themselves are interesting and inspiring for people involved in grassroots peacebuilding, there is little concrete analysis of how these local initiatives had an impact on national level processes, and how those linkages were established. Nor does the book offer any direction on where openings for strengthening local-national complementarity may lie. This would have been a welcome addition as it is a topical issue that faces peacebuilders on a daily basis.

Overall, the book is a nice read, and may offer people involved in these processes some inspiration. The case studies all emphasise the limited role of international interventions and financial support, particularly in the process of initiating the Zone of Peace, making them a valuable contribution to the study of local peace initiatives. In other words, the case studies are really locally driven, and thus have local legitimacy.

Meike de Goede completed her PhD in International Relations at the University of St Andrews. Her research focuses on the interaction between local agencies and liberal peace building in Africa. She previously studied History at Leiden University, and Peace and Conflict Studies and Human Rights at Utrecht University. She currently lives in Kinshasa, Democratic Republic of Congo, where she works in democratisation and development. Read more reviews by Meike. 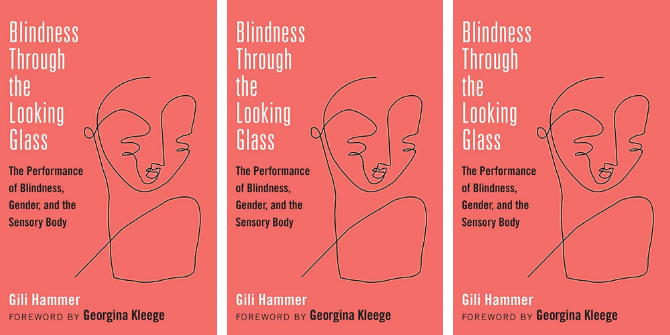