In Rethinking the Economics of Land and Housing. Josh Ryan-Collins, Toby Lloyd and Laurie Macfarlane offer a critical exploration of the UK land economy and its impact on contemporary issues such as housing policy. This is a crisp and incisive critique of the inadequate treatment afforded to land and housing within mainstream economics that provides readers with a credible set of alternatives, writes John Tomaney. 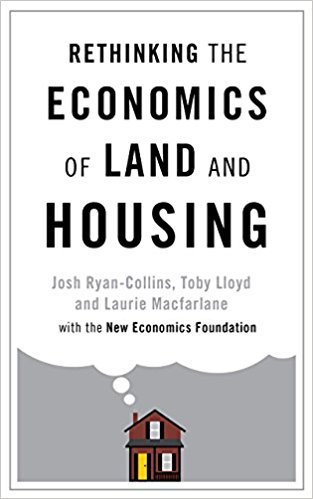 Reflecting recently on Britain’s seemingly intractable housing crisis, The Economist, with characteristic certitude, asserted that ‘something can easily be done about it’. The solution? ‘Unleash the market’, notably by allowing more building on the Green Belt. In Rethinking the Economics of Land and Housing, Josh Ryan-Collins, Toby Lloyd and Laurie Macfarlane challenge these apparently comforting simplicities. In doing so, the authors cover a great deal of ground, including the political philosophy of land ownership, the failure of mainstream economics to deal adequately with the land question, the contemporary financialisation of land and housing and its impacts on inequality. However, they accomplish their task crisply and incisively and leave the reader with a set of carefully argued policy recommendations.

The book asks why, since 1970, house prices in the UK have grown relative to household income at a faster rate and have been more volatile than in other OECD countries and how this relates to rising land values. To answer these questions, the authors offer a perspective based on ‘a bit of history, a bit of economics and a bit about power and law’ (2). This is the kind of analysis we need.

Land, the authors point out, has several attributes that makes it unique as a factor of production. The moral status of landownership has been always highly contested because it simultaneously affords economic freedom and exclusion, for owners and non-owners respectively. Property is both liberty and theft. For this reason, sovereigns and states have been compelled from the earliest times to manage ownership of land, meaning it is less a typical commodity and more a bundle of overlapping rights to access and use, subject to law and custom.

A range of economic and political problems arise when land ownership becomes highly concentrated because it leads to rentier behaviour. David Ricardo, Adam Smith and John Stuart Mill understood this. Henry George, in Progress and Poverty, identified speculation and concentrated landownership as the cause of economic inequality during the ‘Gilded Age’, and proposed a Land Value Tax as remedy. Ebenezer Howard’s ‘Garden City’ concept, at the turn of the twentieth century, was an attempt foremost to capture appreciating land values (‘unearned increment’) for public improvement, not private appropriation. 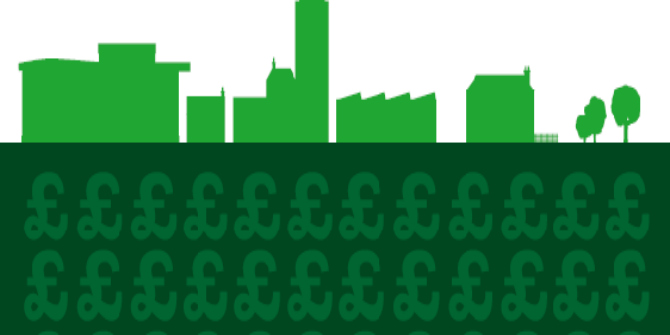 The conceptual mistreatment of land was present at the birth of neo-classical economics and is an enduring analytical weakness. Dispensing with the normative concerns of classical economics, and in pursuit of the status of an ‘objective science’, early neo-classical economists sought to abstract the theoretical treatment of land from its diverse political, legal and cultural contexts.  Pioneers of the ‘marginalist revolution’, such as John Bates Clark and Philip Wickstead, argued that land should be treated as a generically substitutable form of capital, overlooking what is distinctive about it: scarcity, immobility and permanency.

In the UK, the state was drawn inexorably to the regulation of land use to address infrastructure deficiencies and inadequate housing provision arising from private sector-led urbanisation. Much of this action was intended to resist pressures for more radical proposals such as land value taxes or public ownership. In the UK, this culminated in the Attlee government’s Town and Country Planning Act 1947, and its associated legislation. Landownership was left in private hands but the right to develop it was ‘nationalised’. This created the foundations of a ‘Keynesianism land economy’ (85) in which development required planning permission. The strictly regulated lending models of building societies supported the stable growth of owner occupation, while the state, via low-cost loans to local authorities, supported an increase in public housing, leading to unsurpassed levels of building. Although compatible with economic growth and rising living standards, the chief weakness of this approach was the abandonment of early efforts to tax ‘betterment’: that is, the unearned increases in land values that accrue from the granting of planning permission.

While the academic and media consensus suggests that the UK’s planning system is the main cause of the housing affordability crisis, for the authors mortgage credit is the ‘elephant in the room’ (112) when it comes to understanding the behaviour of housing and land prices and the broader imbalances in the economy. Following financial deregulation, the banks’ traditional role of recycling savings into productive investment has been replaced by a system in which banks create credit against the collateral of land. This has driven rising land values that have inflated house prices. Against a backdrop for many households of stagnating wages, dwindling pensions and the erosion of the welfare state, equity withdrawal by homeowners was a cornerstone of the Great Moderation: in effect, a ‘Privatised Keynesianism’. A housing affordability crisis occurs alongside the transformation of housing from a place to live into an asset and a vehicle for unearned wealth accumulation for some owners: a new Gilded Age.

The authors show that property is now the single largest source of wealth in the UK, making up half of all total household assets and net wealth. Mortgage debt comprises the majority of bank lending and household liabilities. Maintaining these asset values is now the overriding macroeconomic concern. Although the global financial crisis had exposed the limits of this model, basic trends remain unaltered. The authors suggest that the growth in wealth inequality, charted by Thomas Piketty and others, derives principally from housing rather than other assets and reflects underlying land values. They suggest further that the financialisation of housing is the root cause of the UK’s poor productivity performance – housing crowds out more productive investment. They make a set of well-argued policy proposals at the heart of which is the case for a Land Value Tax and a National Land Bank. Given the scale of wealth tied up in land, this case looks persuasive, notwithstanding the political opposition it would face from the rentiers.

In places, the authors might have said more. The academic and policy orthodoxy is fixated on land use regulation as the chief source of inefficiency in the economy. In relative terms, land use has resisted the tide of deregulation which allegedly has brought efficiency gains in other markets. But the authors say comparatively little about how land use planning has interacted with the financialisation of land and housing. In addition, they devote a single page to the spatial dynamics of financialisation (182-83), but the accumulation of unearned increments occurs mainly in, and largely benefits, London and its wider region. Quantitative easing has augmented regional differences by further inflating asset prices.

Posted In: Britain and Ireland | Economics