In Building and Dwelling: Ethics for the City, Richard Sennett approaches the question of how we should live in the city. Drawing upon two aspects of the city, the ville and the cité, the book promotes the virtues of an ‘open city’ that accepts and works with complexity, ambiguity and uncertainty. While John Tomaney finds this a learned and literate book rich in provocative metaphors and examples, the implications of today’s political and economic context, including the issue of inequality, upon its ethics of the city are underexplored. 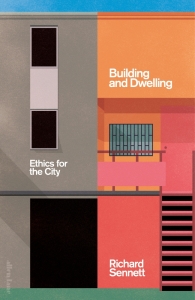 The question of how we should live in the city is the subject of Richard Sennett’s Building and Dwelling: Ethics for the City. The book promotes the virtues of an ‘open city’ that accepts and works with complexity, ambiguity and uncertainty, acknowledging Immanuel Kant’s insight that humanity is made from ‘crooked timber’. Long-term, large-scale urban planning is difficult precisely because it involves people. To organise the discussion, Sennett identifies two aspects of the city: the ville, which refers to the built environment, and the cité, which relates to the modes of life and place attachments to which urbanity gives rise.

Part One of the book is concerned with how the art of city building has become fractured between these two perspectives of the ville and cité. In the nineteenth century, despite their different origins and motivations, Baron Hausmann’s boulevards, Ildefons Cerdà’s Eixample in Barcelona, with its celebrated chamfered blocks, and the artifice of Frederick Olmsted’s Central Park all shared the aim of refashioning the built environment to transform human behaviour. However, none of these contended with the unruly way people behave in the city. For example, for Georg Simmel, the growth of the modern city raises anxieties about the crowd, to which we respond by affecting indifference to our fellows.

This divorce between the ville and cité has also been replicated in twentieth-century social thought: the Chicago School delved into the social structure of the city but, according to Sennett, had no idea how a good school should be designed. Corbusier’s Athens Charter, on the other hand, was distinguished both by its ‘visual good ideas and the poverty of its social imagination’ (75). Jane Jacobs’s view of the city as the product of small-scale, spontaneous action and Lewis Mumford’s vision of the planned metropolis as a means of social reform represented radically divergent and equally problematic frameworks for urban planning. 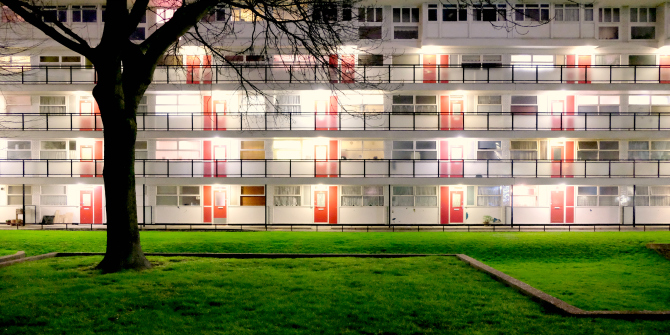 In Part Two of the book, Sennett addresses the problem of dwelling in the city, drawing on anecdotes from his global travels. He introduces Mr Sudhir, a migrant informal trader in Nehru Place, Delhi, and reflects on his struggle to belong in the big city. For Sennett, how we deal with others in the city constitutes the core ethical problem. Martin Heidegger, whose famous essay inspires the title of Sennett’s book, sought refuge from modern life in the Black Forest, demonstrating how the escape to Nature ‘can mask a rejection of others’ (129). Within the diversity of the city, ‘superficial civilities’ are the key to managing social and ethnic difference.

The question of what is to be done is addressed in Part Three of the book. The competent urban dweller must cultivate a set of dispositions, which Sennett summarises as acting as a migrant in the city: ‘you do not need to throw down roots in order to dwell in a place; you need instead to come to terms with absence’ (199). With Mr Sudhir as his inspiration, Sennett imagines how the ville should be remade to accommodate a new ethic for the cité. Here, the primary focus is the field of urban design: the meeting place of architecture and land-use planning. Sennett proposes an approach that emphasises, among other things, permeable open spaces, variegated type-forms, the use of modest markers – such as potted shrubs (215) – to highlight nondescript places and designing sites so their use can change and expand. The aim is to facilitate a city that is porous, incomplete and multiple. Sennett therefore advocates co-production of plans by experts and publics until the moment when the professionals ‘exit’ and the community takes over.

In Part Four of the book, Sennett considers the timeframes in which the city is produced. Climate change is a long-term danger to the city and a ‘malign threat’ (272) is particularly posed by water: we face an era of floods and droughts. Sennett proposes the ‘adaptive berm’ (273) to think about how to plan for this new world – a flexible accommodation of rising sea levels. Adjusting to nature rather than dominating it, the task is to live with the inevitability of rupture and to design cities that are reparable. Finally, Sennett proposes that living in an open city rests on ‘a kind of limited fraternity’ (160), in which people assemble to do things rather than to be together. Invoking Kant again, Sennett asks us to aspire to ‘unsocial sociability’ (295): tolerate (in)difference, eschew intimacy. We should therefore conceive of the open cité as a place of doing rather than belonging, and the open ville as full of gaps, irregularities, interruptions and incompletions.

This is undoubtedly a learned and literate book, rich in provocative metaphors, but one with gaps of its own. Sennett underestimates the enduring need for roots and the costs of uprootedness for many people. A yearning for belonging remains widespread and the search for firm attachments to place animates many lives. Moreover, the discussion of ethics occurs in a political and economic vacuum. Sennett scarcely remarks upon the inequality between and within cities, and does not discuss the implications of this for the ethical city. It is implied that Mr Sudhir must learn to live with economic and political inequities and the endemic corruption that provides the context for development in Delhi. Thomas Piketty gets a passing mention (105), but the role of inflated land and property assets, which are reshaping urban economies, accentuating social conflicts and fomenting a political backlash in ‘the places that don’t matter’, goes unaddressed. Sennett draws his contemporary examples overwhelmingly from global cities such as Shanghai, New York and London, which magnetically attract capital. But it would be interesting to know what the ethics of the city look like in unglamorous Milwaukee, Middlesbrough and Mulhouse.

Sennett refers on occasion to Clerkenwell, his home neighbourhood in London, which seems to exemplify the unsocially sociable, ‘open city’. But at Exmouth Market, a diverse local retail centre has rapidly been replaced by a socially homogenous upmarket restaurant destination, largely beyond the means of the residents in nearby social housing. The extant newsagent and ironmonger are only a rent rise away from extinction, but you can buy a £12 artisan loaf of bread. The open city that Sennett prizes is blocked by insurmountable pecuniary borders that a few well-placed potted plants seem unlikely to breach. 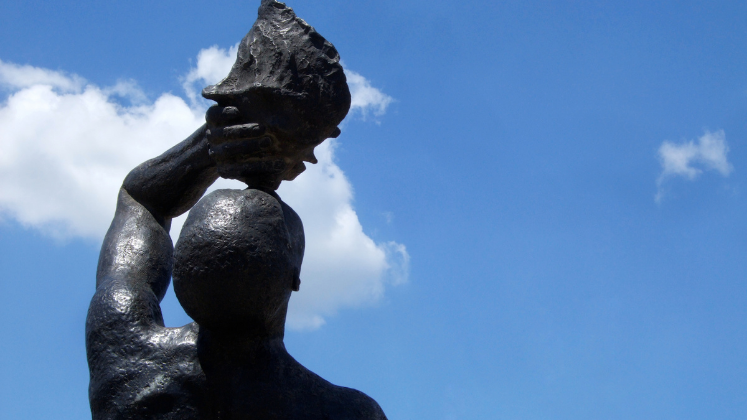