Much has been written about the ways that Twitter and Facebook can be used by academics and research groups as part of strategies to disseminate their work and increase their online visibility, but what else is out there? Google+ and its video chat service Google Hangouts offer enormous potential for academics and researchers to connect and collaborate, writes Amy Mollett, as she shares some of the ways that LSE Review of Books plans to use this new social platform.

As part of the LSE Impact of Social Sciences The Future of Academic Impacts conference in December 2012, I helped to host several workshops on using social media in higher education (slides here). Attendees ranged from young PhD students and reviewers who regularly contribute to this site, to much more experienced academics and researchers, all of whom were seeking innovative ways to engage with the public. Throughout the day there was one social media platform that garnered the most interest, mostly due to the fact that hardly anybody was using it: Google+.

At LSE Review of Books we’ll soon be experimenting with the Hangouts element of Google+. Hangouts is a free video chat service that enables both one-to-one chats and group chats with up to ten people at a time. Not too dissimilar to Skype, FaceTime and Facebook Video Chat, Hangouts also integrates screen sharing and other Google services such as Drive, so users can see documents, presentations, or spreadsheets whilst chatting.

Launching fully later in the Spring, we’re planning a series of Google+ Hangouts with our editors, book reviewers, and authors and academics from across the social sciences. Each Hangout will be based around one of our most-read disciplines (e.g. economics, sociology, philosophy, etc.) and will offer tips for new reviewers in that discipline on how to make their contributions stand out. Each Hangout will be streamed live publicly on the LSE Review of Books site, and once we’re off the air, viewers can watch and share any time. Viewers can expect to watch established reviewers sharing their experiences of the review-writing process, how and why they pick books to review, and the ways that new reviewers can strengthen their own writing or blog posts. Authors and academics taking part in the Hangouts will be sharing their experiences of research and writing up book chapters, and discussing their hopes for reviews and thoughts on the publishing process. The aim is to create a series of 5 minute video workshops packed with useful information for new reviewers, as part of our larger aims of public engagement, knowledge exchange, and innovation in higher education communication.

MOOCs and video courses have recently received much attention and discussion, but Hangouts is probably not a great option for the creation of this sort of content. Hangout video quality can be low depending on webcam and connection, and content created by professional video editors will be of a much more engaging style and superior quality to anything Hangouts can produce. But for the creation of short and simple discussion based video content, Hangouts can deliver.

Using Hangouts to feedback to students and contributors

There is also the potential to use private Hangouts for one-to-one feedback sessions with reviewers on LSE Review of Books. This could be especially useful for reviewers who require more feedback than others, such as those with English as a second language. Using the screen share feature to work through reviews and essays a paragraph at a time could certainly be valuable and save editors from writing lengthy feedback emails.

There is huge potential for this one-to-one aspect to be extended in to other areas of higher education, such as feedback between PhD students and tutors, or between co-authors. Private screen sharing and live editing strengthens the position of Hangouts over competitors in this context.

This model of creating shareable video content with participants from various backgrounds and in various locations can also be extended to other forms of higher education communication. In November 2012 the LSE Media Policy Project teamed up with Channel 4 to use a Hangout to debate the Leveson report. Streamed live on Channel 4 News and on the LSE Media Policy Project blog, participants included Krishnan Guru-Murthy, Charlie Beckett and other LSE academics, Hugh Tomlinson QC, Martin Moore of the Media Standards Trust, and ex-News of the World journalist Neil Wallis. What made the Hangout a success for higher education was the ability for academics and researchers to be able to contribute their conclusions in an immediate and public-friendly fashion. The debate can also be shared and watched again by interested students and bloggers looking for expert opinions all in one place and not behind a journal pay-wall.

Not all of us have the connections to be able to chat with Channel 4 about our research, but Hangouts certainly gives us the tools to connect with other research centres, potential collaborators, and co-authors in a more personal and immediate way. Discussing joint funding bids or preparing for a conference can be taken care of quickly and easily, and may get you noticed by those at your institution who are keen on innovative engagement.

With tighter academic department budgets and fewer funding opportunities, researchers and academics can also consider Hangouts as an alternative way to connect internationally at conferences; as speakers or as attendees.

With many options for collaboration and discussion, Google Hangouts is definitely worth exploring by research groups and by individual academics. So far not many UK universities seem to have experimented with Hangouts, but take up by business and media groups indicates that we could soon be seeing this more regularly in higher education. 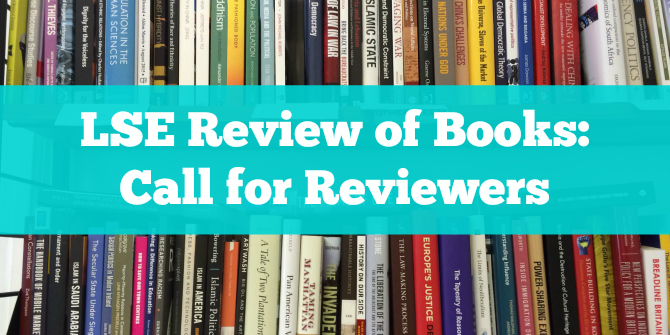 Editor’s Column: 5 ways to increase the readership of your book review (and get it seen by the right people)

Editor’s Column: How to Write a Book Review: Reviewing an Edited Collection 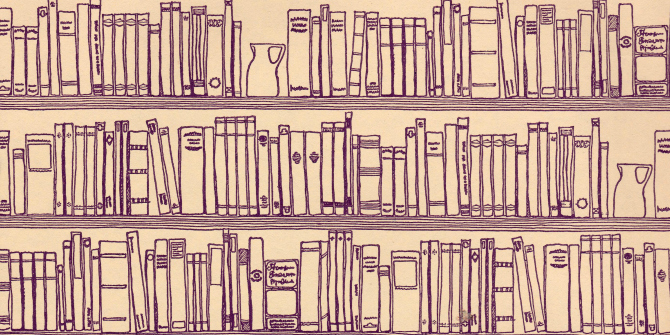