Few thinkers have shaped social and political thought on the European question to the extent of which Jürgen Habermas has in recent years. But with much of Habermas’s work on Europe found in his  journalistic writings, there remains a need for a more in-depth reflection and reconstruction on the subject. Shivdeep Grewal’s book Habermas and European Integration aims to do just this, drawing together diverse strands into a coherent theoretical frame for understanding post-national modernity. Nele Kortendiek finds much that is praiseworthy within the book, but also some problematic content, with the failure to address the contemporary European crisis a particularly egregious omission. 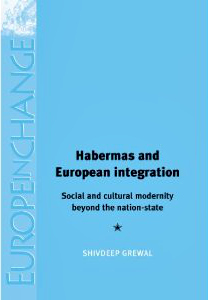 Jürgen Habermas is one of the principal social and political philosophers of our time. A central theme of his work is the analysis of how society progresses from traditional, religious, and relatively homogeneous communities to modern, post-traditional societies. Habermas’s idea of modernity is that it contains an emancipatory potential, working towards gradually overcoming oppressive and exclusive social patterns.

Shivdeep Grewal writes in this tradition, examining how modernity continues to evolve under conditions of changing political structures, the decline of the nation-state and the development of new political structures above the state. He studies Habermas’s academic work in tandem with his journalistic writing to analyse the evolution of social modernity in the post-national context of the European Union. In the second part of his study, Grewal joins Habermas’s theoretical work with the standpoints of contemporary novelists in order to map out the traits of cultural modernity beyond the state. Grewal therefore not only thoroughly portrays Habermas’s viewpoint on the integration process by embedding it in its political and philosophical context, but takes his analysis further by integrating it into the larger frame of the contemporary public intellectual debate on modernity. The work thereby fulfils a dual purpose: first, it offers a new, insightful perspective on Habermas’s work and second, it introduces the idea of the EU as furthering the unfinished project of modernity, putting forward an original view on Europe.

In the theoretical part of the book, Grewal discusses how modernity has unfolded beyond the nation-state by unravelling the notion into its social and cultural segment. Building on Habermas’s academic and journalistic work alike, he states that in a European setting, social modernity, generally defined as the struggle of the lifeworld to resist its colonisation – the struggle of civil society to resist an ever increasing bureaucratisation and technocratisation – is to be understood through its major concept, the idea of juridification. In chapters two and three, he conceives of juridification as a metatheory of social modernity and refines it by embedding it into major mainstream integration theories. Grewal thereby arrives at a very sophisticated account of social modernity in the post-national constellation and subsequently traces the different stages of social evolution that culminated in the creation of the EU, which today is characterised by intensified juridification as its key mode of social development. He thus describes social modernity in the EU as a constant contention between the two opposing forces of the European bureaucracy that pushes juridification and a European civil society that demands democratisation.

Cultural modernity, defined as the discourses and traditions that constitute the lifeworld, in turn, is understood as the progressive rationalisation of worldviews. Part II of Grewal’s book hence looks at the way in which an increasing rationalisation gradually replaced mythical and religious beliefs, partly giving way to disenchantment. In chapters five to seven, he develops a nuanced taxonomy of these tendencies to depict the different degrees of political and intellectual conservatism and Euroscepticism that exist today. To do so, he not only draws on Habermas’s writings but complements it by looking at statements and attitudes of contemporary fictional authors to paint a more sophisticated picture of currently existing antimodernism. In short, cultural modernity on a European level is depicted here as the contest between pro-integration and eurosceptic voices; between those that favour the furthering of modernity and those that gave in to disenchantment and conservatism. In sum, Grewal’s study is a strong analysis of how the European lifeworld has been transformed by social and cultural modernity, i.e. by juridification and rationalisation, or rather how the EU has been a vehicle for modernity.

A central strength of Grewal’s book is his systematic use of very comprehensible graphs. He introduces an easily understandable diagram at the beginning of the two theoretical parts of his book and continuously develops them into complex visualisations of his dense survey. His stringent elaboration of these diagrams is a useful means to guide the reader through his exposition. Grewal brings together many truly interesting ideas which compensates for the occasional lack of coherence and makes his study a worthwhile read. In addition, John Goff’s afterword serves as a very helpful comment on the book as it cogently captures its intention and highlights the importance of Grewal’s work in contributing to the establishment of a philosophy of the European Union.

A weakness of the book is its lack of attention to recent crises in Europe. Grewal focuses on the 2005 Constitutional Convention as a crucial political event, essentially ignoring the financial and political crisis the EU has been undergoing since 2007. It would be interesting to see to what extent the crisis has influenced the paths of social and cultural modernity beyond the nation-state. The empirical part of the book in particular suffers from this important discrepancy between the political events and their academic reflection. Grewal interviewed a broad sample of EU politicians and bureaucrats in order to test whether the Habermasian account of Europe that he develops in part I and II reflects the views of European practitioners. Unfortunately, the interviews were conducted in 2002 and thus do not shed light on the current state of juridification and rationalisation in the European arena. In a similar vein, the book does not take into consideration Habermas’s most recent publications on the European Union – most importantly The Crisis of the European Union: A Response – which significantly undermines Grewal’s objective of conceptualising an inclusive theoretical frame for post-national modernity.

Still, Grewal’s study is a very ambitious attempt at constructing a critical approach to the EU and thus an important contribution to broadening the theoretical horizon of how to conceive of Europe. It will be a particularly worthwhile read for scholars and postgraduate students of European studies who are interested in an analysis of the EU beyond the scope of mainstream theories.

Posted In: Contributions from LSE Alumni | Europe and Neighbourhoods | Philosophy and Religion | Politics 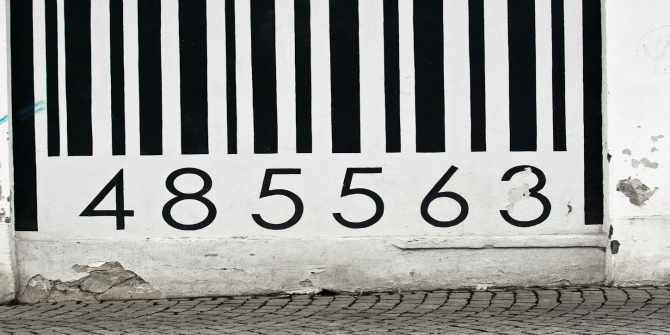