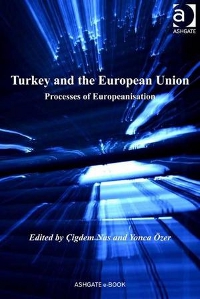 Over the past two decades, most observers of the relationship between Turkey and the European Union have captured the tumultuous nature of the association. The highs of this relationship – the 1999 declaration of Turkey’s candidate status, the constitutional reforms in 2001 and 2004, and the start of accession negotiations – have been matched by the lows. The leaders of both Germany and France have lobbied hard in favour of a ‘privileged partnership’ rather than a full-blown EU membership, coupled with a litany of complications associated with the various chapters of the accession negotiations. As of June 2010, out of 35 chapters only 13 have been opened for negotiations, and out of these only one chapter has been closed (Science and Research).

Given this turbulent context, it is indeed an opportune time to take stock of the opportunities and limitations of Turkey’s Europeanisation. As the editors of Turkey and the European Union argue, the utility of Europeanisation as an explanatory concept lies in its ability to look at both sides of the coin – the extent to which there has been EU-induced change as well as the possible lack of, or indeed active resistance to, such change. This volume eloquently demonstrates that not all of these developments have been in the direction of greater Europeanisation. It is equally important to account for those situations where expected change has not occurred, as it is only by looking at both processes – Europeanisation and non-Europeanisation – that we begin to understand what brings about EU-induced change.

This book has its origins in a workshop held at the University of Marmara, Istanbul, in 2010 which aimed at ‘re-conceptualising Turkey-EU relations’, using processes of Europeanisation as its focal point. The book breaks naturally into four sections, gradually moving from broad to narrow. The introduction and the first chapter inform the reader of the theoretical background on Europeanisation. The three chapters that follow deal with the ‘big issues’ of identity, democratisation and constitutional reform. The next three chapters focus on civil society, minority rights and women’s rights and in so doing reflect a discussion on the Copenhagen Criteria: the requirement that candidate countries acquire certain standards of democracy, human rights, and minority protection. The last five chapters each tackle a particular policy area, such as social and foreign policy.

The introduction and chapter one offer two salient analytical frameworks that inform the subsequent contributions. First, Ciğdem Nas and Yonca Özer refer to a three-way comparison of models discussed by Schimmelfennig and Sedelmeier in the context of developing their ‘external incentives model’ that perceives domestic policymakers as rational actors interested in maximizing their own welfare. Two alternate explanations are also accounted for that draw on more sociologically inclined analysis. First, the social learning model highlights the complex interaction of identity, rules and social norms in informing actors’ behaviour. Second, the lesson-drawing model suggests the domestic actors adopt EU policy only in those instances where this is deemed an effective solution to domestic problems.

In very similar fashion, Tania Börzel in chapter one distinguishes between traditions of ‘rational choice’ and ‘sociological’ institutionalism in explaining the processes of Europeanisation, where the former emphasises the ability of EU policy to create political opportunities that enable some, and constrain other actors to pursue their agendas. The latter perspective sees such policies as only being effective once they have been made meaningful in the domestic social context, a process that sees social norms and practices playing a key role in the adaptation of, or resistance to, a given EU policy. Between these two poles – rational choice and sociological institutionalism – fits a wide range of interpretations as to how Europeanisation takes place. Only by applying such a broad set of analytical tools can we begin to take stock of the variance in the impact of the EU on Turkey accounted for in this volume.

For example, in chapter two Ciğdem Nas considers the extent to which Turkish identity has been Europeanised. The analysis draws a composite picture of myriad influences, both historical and contemporary, that continue to shape Turkish identity. On the one hand, Turkey has a long history of looking to the West in general, and Europe in particular, for guidance in taking forward a range of modernizing reforms since the 1920s. On the other hand, such Westernization represented the interested of the secular elite, leaving Islamists and minority interests unattended. More recently AKP, the moderately Islamist political party in power since 2002, made Turkey’s EU membership and the adjacent Europeanisation a priority of its political agenda. In this way, the engine behind the Europeanisation of Turkish identity shifted from the secular Kemalist elite to the AKP, making the former secular Europeanists suspicious of this agenda because it has allowed AKP to anchor itself more firmly in the political centre. When we juxtapose these developments with Turkey’s growing regional interests in Central Asia and Middle East we see a further conflation of influences behind the construction of Turkish identity. Whilst it would be wrong to see the Europeanisation of identity to necessarily take place at the expense of national identity, ­­in the case of Turkey, the interleaving of European and national markers of identity leads to a complex mesh of influences that make any straight-forward analysis of Europeanisation very difficult.

A similar mishmash of influences is also found elsewhere. In chapter six, Gözde Yılmaz investigates three phases of rule adoption in the 2000s in relation to minority refoms. She concludes that models of Europeanisation have limited capacity to explain the inconsistencies in the development of minority rights. The initial enthusiasm of the 2002-2004 period and the subsequent slow-down between 2005-2007 in the adoption of minority rights legislation can both be explained by the parallel weakening in the credibility of EU conditionality. This matches the external incentives model Europeanisation discussed above. However, it does not explain the intensification of minority reforms between 2008 and 2010, a time of growing disillusionment with the EU accession process in Turkey. This surprising development, Yılmaz argues, can be accounted for by the lesson-drawing model where change is driven by domestic dissatisfaction with the status quo rather than external incentives. No single model can fully account for the Turkish pattern of Europeanisation in relation to minority rights.

Turkey and the European Union is less an overview of the processes of Europeanisation than it is an arrangement of several detailed studies of its impact. A short overview such as this can do little more than scratch the surface of this empirical detail. This detail, together with coverage of issues often neglected in academic analysis, such as social policy, make this an important contribution to the study of Turkey-EU relations.

Markus Ketola is a Fellow in the LSE’s Department of Social Policy. His current research interests include: the role of the European Union (EU) in international development; NGO funding; Turkish civil society and the EU accession; Big Society and volunteering; EU civil society policy (both inside the EU and outside). His forthcoming book is Europeanization and Civil Society. Read more reviews by Markus.

Posted In: Contributions from LSE Staff and Students | Development | Europe and Neighbourhoods | Law and Human Rights 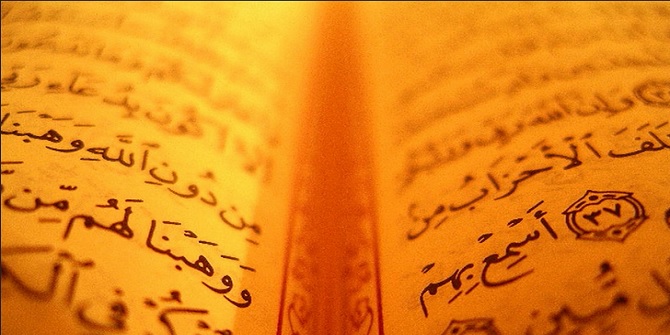