Book Review: Europe in Crisis: Bolt From the Blue? by Ivan T. Berend

Book Review: Europe in Crisis: Bolt From the Blue? by Ivan T. Berend

Since it began nearly four years ago, the Eurozone financial crisis has had wide reaching effects across the continent and beyond. Europe in Crisis: Bolt From the Blue? is an early attempt to understand the complexities and existential challenges that the EU now faces. The book looks at the crisis’ history and causes, as well as what some of its outcomes might be. Miguel Otero-Iglesias finds this condensed account of the crisis to be a valuable one, especially in its coverage of the role of countries such as Germany and Spain. 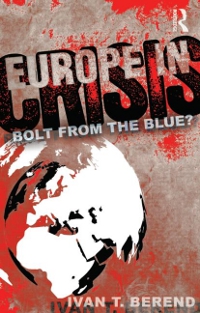 At first glance this book, of less than 140 pages, and in small format, does not seem able to grasp the full complexity of the unfolding Eurocrisis; you would imagine that a larger volume would be needed. However, Ivan T. Berend, distinguished Professor of History at the University of California, Los Angeles, has done an amazing job in condensing the key causes and possible outcomes of the crisis into this short volume. It helps, of course, that I broadly agree with his arguments. As he repeats several times, history matters. Indeed, it matters a lot. It is impossible to understand the troubles of Greece, Ireland, Portugal and Spain without analysing their unsustainable development paths over the past half a century. It is also true that the crisis is consequence of two structural developments: On the one hand, the emergence of an increasingly deregulated and therefore inherently unstable global financial system, and, on the other, the creation of a European Monetary Union without the fiscal and political cohesion to withstand the shocks derived from ever expanding financialization. Despite these shortcomings, I also agree that Europeans are likely to muddle through towards federalised integration rather than go back and demolish the halfway house they have already built.

Europe in Crisis: Bolt from the Blue? is divided in three main parts. The first two chapters are a concise and meticulous account (as you would expect from a historian) of how the crisis spread from first Iceland to the Baltic and the Central and Eastern European countries, then to Greece, Ireland, Portugal, Italy, Spain, and, by contagion, even to the core of the Eurozone. For a brief chronological summary of the unfolding of the crisis these two chapters are useful. The next two chapters focus on the economic and social causes of the crisis. On the economic side, Berend makes a strong case for blaming the drive towards deregulated financial markets, underpinned by the neoliberal ideology, as the most important factor behind the unsustainable credit-fuelled growth model that the West, including Europe, adopted at the end of the 20th and the beginning of the 21st century. This flawed growth model, based on ever increasing debt (either public or private), was particularly prevalent in some of the countries of the Eurozone periphery such as Greece, Ireland, Portugal and Spain. These countries were poor, with a per capita income of around 60 per cent compared to the North-Western core, when they joined the EU. Amazingly in four decades they were able to catch up. Unfortunately, this growth was based on feet of clay, relying on debt-fuelled asset bubbles and overconsumption.

In the next chapter, focused on the social causes of the crisis, Berend provides an extensive account, with numerous figures, on how the “nirvana of ever greater consumption” (p.94) was bound to end in disaster. Hence, to answer the question from the title, the crisis was not a bolt from the blue, but rather a chronicle of a crisis foretold. It is here where Berend’s book makes an important contribution to the current debate. Those eager to criticise Germany’s predilection for austerity by proposing Keynesian inspired stimulus packages often forget that before the crisis there was excessive demand and overconsumption in the periphery. The solution cannot be to go back to the days of 2006, but rather it must be to overcome the structural problems of these countries. Investment should be directed away from houses, cars and shopping malls to sustainable industrial and technological capacity. While it is true that the periphery needs foreign investment to continue its development, there are certain national social-behavioural patterns that need to be changed. As Berend points out, “even at an advanced economic level, clientalism, networking, corruption, a different work ethic and lifestyle, the traditional attraction of the nobel spending lifestyle, looking down on thrifty living,  and other features are deeply embedded in those societies” (p.84).

One could easily dismiss this analysis as full of stereotypes. Certainly not everyone in these countries behaves like this. But overlooking these still existing flaws would be a mistake. Berend needs to be commended, for instance, for daring to criticise the Spanish Hidalgo culture, which needs to be overcome if Spain wants to become a fully developed society. However, is Berend right when he claims that the German-backed austerity measures “have a crucially important educational role” and will “lead back to a more responsible lifestyle” (p.121)? This remains to be seen. For now the German obsession with austerity is perceived in the South as a punishment. This is why books like this are needed. To his praise, Berend acknowledges these tensions and recognises that a successful crisis management requires “both austerity and some kind of stimulus measures in a masterful combination” (p.121). He ends on a positive note arguing that “the euro will survive” (p.131). He believes that Germany has its own hidden strategy. It is using the crisis to force the structural changes needed in the South to make a stability-oriented fiscal union sustainable and to convince its main partner, France, that further sovereignty pooling at the European level is absolutely necessary if the Eurozone wants to establish a more regulated market system capable of maintaining social welfare in an increasingly globalised world.

Overall, I am broadly in line with Berend’s analysis and therefore I strongly recommend the book. My criticisms are minor. The copyediting could be better. There are several factual mistakes, which most likely derived from trying to publish such a topical book too fast. I would also have liked to see more engagement with key concepts such the “competition state”, “ordoliberalism”, “private Keynesianism” and the “decline of the West and the rise of the Rest” in the era of Globalisation, but I understand that space was limited. Other bold claims such as that in Europe “the wish is to form a federal state” (p.156) could have been discussed in a more balanced way. Finally, Berend thinks that a possible exit of Greece or Portugal from the Eurozone could be manageable and would even be positive for the whole project because it would eliminate the weakest links. I disagree. If one country leaves, it is more likely that the whole project starts to crumble. Whether this is likely to happen, or whether Berlin’s strategy of creating a federalised Eurozone will work, is difficult to predict. Surely, this will be a subject matter for future historians.

Miguel Otero-Iglesias is an Assistant Professor in International Political Economy at ESSCA School of Management in Paris. He is also a Research Fellow at the LSE Centre for International Studies. Read more reviews by Miguel.

Posted In: Contributions from LSE Staff and Students | Economics | Europe and Neighbourhoods 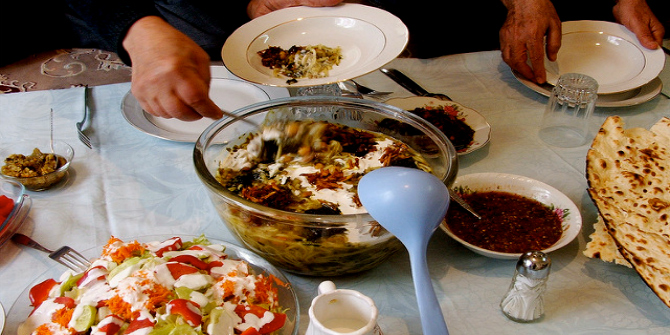