Increasingly, sustainability provides a common language and goal for diverse peoples and nations. Yet the meaning of sustainability remains unsettled, and the term frequently serves as a PR strategy rather than a driver of fundamental change. Leslie Paul Thiele‘s book aims to provide a broad–ranging introduction to the concept and practice of sustainability today. It addresses the history, scope, and contested meanings of sustainability as an ethical ideal, an ascendant ideology, and a common sense approach to living in an ever more crowded world of increasingly scarce resources. John Cullen finds a clear, concise and passionately written text to recommend. The acknowledgements section of this text states that this book was written ‘with students in mind, specifically those enrolled in the Bachelor of Arts in Sustainability Studies and the Minor in Sustainability Studies at the University of Florida’ (p. ix). So, if you are not taking those courses, should you read Polity’s ‘Key Concepts’ series text on Sustainability as opposed to, say, John Urry’s Climate Change & Society? Although Urry’s work does not have the word ‘sustainability’ in its title, it deals with pretty much the same issues that Thiele’s work deals with:  the idea that preventing the looming climate crisis will not be solved by changing activities that are solely related to ecological degradation, but are much broader and emerge from the way we conduct business, are governed, and what we believe our cultures and societies to be about.

Whereas Thiele’s work is quite strong in many ways, it is at its best as an introductory undergraduate text. At one stage Thiele attempts to sympathize with our inability to think of the impact of our actions on future generations because of the pressures of daily life: ‘Even in our own lives, we often find it challenging to concern ourselves about the days, weeks, months and years ahead. Accordingly, people often find themselves in debt, unprepared for examinations or professional tasks, and suffering from lack of sleep, excess of drink or ill health’ (pp. 14-15). These may be problems encountered by an undergraduate student in the developed world, but they scarcely encapsulate the struggles that the vast majority of us are experiencing at the moment.

The text is short, and fairly rattles along in a brisk fashion and is on-the-money about a lot of things. The definition of sustainability, for example, as a practical art at the outset is wonderful, and Thiele is clear that practicing sustainability demands a reflexive mindset on how one engages with a contested concept. Chapter 1 (titled ‘Sustainability and Time’) is really two separate chapters. The first of these does a masterful job demonstrating the evolution of the term that we have come to know as ‘sustainability’, and how it has come to be one of the pressing concerns of our time. The second half of the chapter is an extended exploration of the concept of deep time and our relationship with future generations and the environment they live in. There is a very useful and vivid analogy about how quickly non-renewable resources have been used up since the industrial revolution.

Thiele opines that ‘the allies of sustainability are, oftentimes, fair-weather fans without deep-commitments’ (p.8) and that ‘We [human beings] are myopic creatures’ (p.15). Flourishes like these occasionally seep into the text in places and risk distracting from what are otherwise solid arguments. It doesn’t matter if you making the case for the most ethical position on the planet; preaching is inherently judgmental and loses potential allies. Call it the ‘Bono-effect’! The idea of focusing on preserving an environment where future generations have choices to live fulfilling, healthy lives is pretty much a standard tenet of the sustainability discourse, so Thiele cannot be blamed for making it central to his argument. However, it also tells us who this text is actually for: readers in an affluent, industrialized West, which is not only responsible for widespread environmental damage, but developed the consumer society and robbed other societies of their ability to plan sustainable futures for themselves by plunging them into debt. Thiele writes: ‘Over 99 percent of all the species that have ever existed are now gone forever. But here’s the rub: we are currently in the midst of a sixth mass extinction, and unlike the previous five, this one is the work of our hands’ (p. 29). This reads as it the entire human race is responsible for our situation, but clearly some nations and organizations carry far more responsibility for this than others. Thiele states ‘to practice sustainability is not simply to pursue self-interest. It is a moral obligation’ (p.37). As somebody living in a country with one of harshest austerity regimes in the world, I can attest that dictating moral obligations to the poor is not an effective strategy for winning people over to your side, especially when they are trying to ensure that they and their dependents are fed, safe and are not made homeless.

There are occasional flourishes that lapse into cliché (‘Living in ignorance of yesterday puts tomorrow at risk’ [p. 34]; ‘The best predictor of the future has always been the past’ [p. 35]) and some guesses about how sustainability was done in ‘ancient’ societies. However, Thiele’s explanation of the genesis of sustainability as a practice lucidly illustrates how it is understood in various disciplinary fields. Additionally, the author made it very clear at the outset that this text was written for students on a sustainability degree programme, so some degree of license is permissible. Thiele has also been brave in attempting to write a text about sustainability, as it is a subject with such reach that it is impossible to address the nuances of how all disciplines might engage with it. I am a business academic who mainly teaches ethics. My research interests engage with sustainability in relation to spirituality and work. In the first case, Thiele devotes seven pages in Chapter 7 to a discussion of ethics and religion. Although brief he does justice to this nascent field. With such a limited amount of space available to him, he cannot be expected to capture the nuances of this fast emerging field, but instead identifies how the classic work (in this case, Lynn White’s infamous ‘The Historical Roots of Our Ecologic Crisis’) has impacted current debates.

Another example of his skill in encapsulating the spirit of what is happening in a particular field is the treatment of economics in chapter 6. The rationale for the doctrine of economic growth is explained, analyzed, and expertly de-bunked.  Political leaders have focused on GDP per capita as a quick-and-dirty way of demonstrating that they are effective administrators, but ‘GDP measures the busyness of an economy, it does not count many things that really count’ (p. 147). Growth has become something of a sacred cow, a faith system in contemporary society that is inherently damaging. The potential of sustainable development grounded in ecological economics is discussed as a way to meet the needs of people, and several models are discussed. The chapter is an excellent introduction to green economics. However, business people and managers in general are not concerned with economic theory in the same way that journalists, politicians, policy makers and, of course, professional economists are. Business people, entrepreneurs and managers are more interested in management theory, strategic decision-making and organizational behaviour. Economics are number-based abstractions of the world in which real managers have to make decisions. Thiele mentions triple-bottom line accounting principles in some degree of detail and acknowledges the idea that businesses need to be profitable in order for them to be sustainable. Moshin Hamid’s The Reluctant Fundamentalist describes the type of economics-oriented MBA graduate who gets recruited by management consultancies to recommend down-sizing initiatives to businesses. These creatures are anti-managers and have inspired a range of best-selling management texts that advocate humane, socially engaged, sustainable ways of running businesses such as Jim Collins’ Good to Great and Built to Last, Adam Werbach’s Strategy for Sustainability, and Henry Mintzberg’s Managers Not MBAs. This is not to say that there is no place for economic theory in sustainable management and business practices, but it is a huge mistake to ignore it, particular when there are more business students in the world than another discipline.

So, would I recommend Leslie Paul Thiele’s Sustainability to my business students? I would without hesitation. I would also highlight, however, that as a text it is an ambitious and worthwhile project that, like the issue of sustainability itself, is far from complete. There are lots of places where material could be cut (such as the mention of Donald Rumsfeld’s weird ramble about ‘unknown knowns’) and more could be added (there is only one brief mention of Marx!). It is important that we have a clear, concise and passionately written text on sustainability that is generally accessible. There are few people in the world who could have attempted this and I am grateful that Professor Thiele was the one who did it. I will be even more grateful to see the next edition. 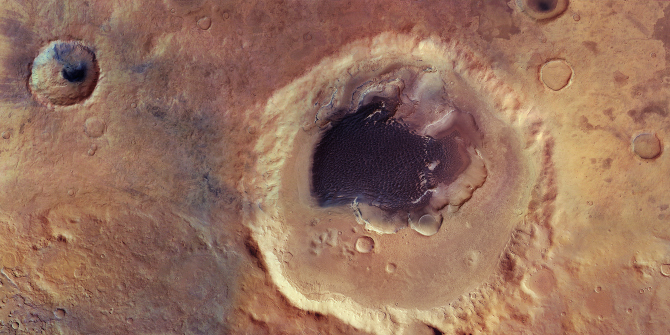 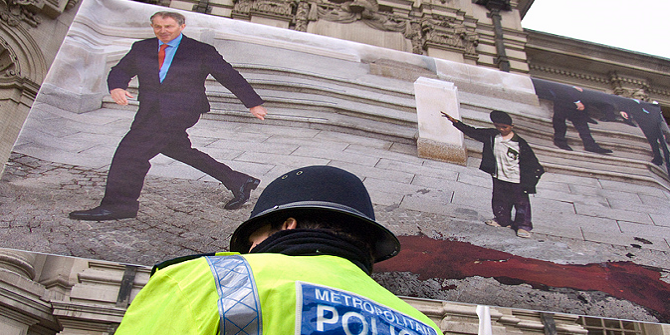 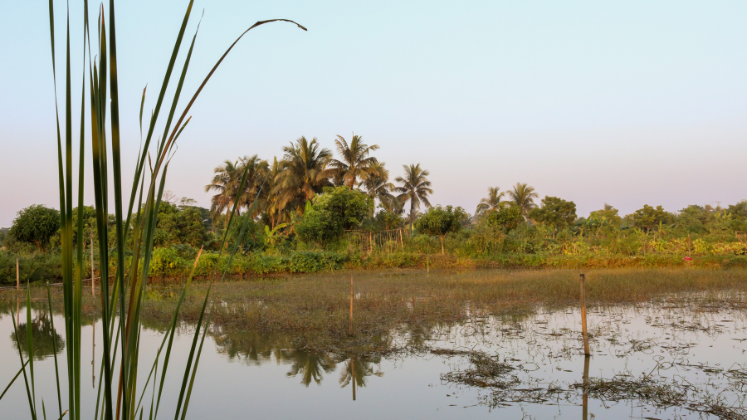