Salim Lamrani aims to explains some of the essential background to the U.S. economic sanctions against Cuba: their origins, their provisions, how they contravene international law, and how they affect the lives of Cubans. Although not detailed enough for an academic audience, this book does offer a short chronicle and discussion of some of the key events and consequences of more than fifty years of American economic sanctions against Cuba, writes Paul Wingrove.

The economic sanctions against Cuba, imposed by the United States a year after Fidel Castro seized power in 1959 and lasting (in one form or another) for more than fifty years, have been extraordinarily harsh, hitting Cuba’s trade, finances, cultural relations, the movement of people and even access to food and medical goods. To much of the world the economic isolation of Cuba by the USA has been incomprehensible, unjustifiable and self-defeating. Cuba poses no military threat to the USA; the Cold War rationale has long since vanished, and America’s insistence that sanctions will be eased only when Cuba’s human rights position improves stands in marked contrast to its ability to live with China’s human rights record, for example.

Thus, a short, critical account of these sanctions would have been useful, but this book is something of an opportunity missed. The opening chapter of this book – an introductory historical survey – does not completely inspire confidence. For example, the author, Salim Lamrani (a journalist and academic at the Sorbonne) refers to a meeting of President Eisenhower’s National Security Council on December 23rd, 1958 – ‘a few days after General Batista fled the island’ – which had been convened to discuss the revolutionary events in Cuba which would within days see President and dictator Fulgencio Batista overthrown by Fidel Castro. By the end of this first page the author notes (correctly) that Batista actually left the island on January 1st, 1959, a week after the meeting. Some more careful proof-reading would have avoided this unfortunate mistake.

Lamrani further writes that, at this same meeting, Eisenhower suggested that ‘military action might be needed in Cuba’. The full record of the meeting, as given in the relevant volume of Foreign Relations of the United States, shows that Eisenhower’s words formed a question, not an assertion, and he received an answer that does not wholly support Lamrani’s implication:

There was, of course, a worry in the highest circles of the American government that Fidel Castro once in power might come under communist influence, but there was also a recognition that Batista was widely hated. Indeed, at this time it seems to have been the unpublicised opinion of the American administration that Batista should stand down. Even Vice-President Richard Nixon, at the December 23rd NSC meeting, commented that “we could not support Batista in order to defeat Castro.” Hence Eisenhower found himself looking for a ‘third force’ alternative. The author further seeks to establish  the evolving US view of Castro and the new government by citing from a single CIA briefing apparently given ‘during a meeting of the National Security Council’ on 6th January, 1959. I cannot find a record of any such meeting on that date (a meeting of the NSC was held on January 15, 1959, but Cuba was not formally listed as an agenda item).

This is a rather uncertain start for this short book – which runs at some sixty authored pages, followed by two appendices, the second of which, at a little over thirty pages, reproduces a UN press release from the internet. The brevity of the text may aid accessibility (as the publishers no doubt intend), but brevity should not exclude accuracy and relevant context.

Lamrani’s longest chapter gives an overview of the development of the economic sanctions policy under each American administration from Eisenhower to Obama. It is detailed enough to be useful for a general reader, but often it recounts the development of sanctions policy without much reference to the political background – for example, the Cuban missile crisis of October 1962 is omitted, and nor does the author refer to Cuba’s military involvement in Africa in the 1970s and 1980s, which alarmed Presidents Carter and Reagan, and even Beijing (who like, Carter and Reagan, saw the Soviet hand in this). Excluding these developments may leave the reader wondering why these sanctions were still in place so long after they were first established.

Another chapter – on the impact of sanctions on health care – rather arbitrarily lists specific instances of medical equipment and drugs denied to Cuba (temozolomide, surgical microscopes, Sevofluorane and so on). There is no question of the severity of the sanctions in respect of these medical items and many others, but the author does not provide the broader picture – infant and adult mortality rates, for example, are not given, nor are we referred to the effects on the control of particular diseases (tuberculosis and HIV to give two random instances). The author notes that sanctions ‘seriously undermine the health of the population’, but also acknowledges that the struggling Cuban health service has somehow managed to provide excellent care. Indeed, one of the sources quoted by the author shows that while sanctions in some ways had a devastating impact on health, in the mid 1990s ‘Cuba still [had] an infant mortality rate half that of the city of Washington, D.C.’

This book offers a short chronicle and discussion of some of the key events and consequences of more than fifty years of American economic sanctions against Cuba, but there may be clearer guides. An Amnesty International Report of 2009 for example, is lucid; and the report of the American World Health Association which Lamrani refers to, although rather dated and specialised, is actually very thorough in its explication and discussion of sanctions, in addition to its assessment of the impacts on health. Readers looking for more informed and very readable text which also gives the necessary policy context would be advised to obtain a copy of That Infernal Little Cuban Republic: The United States and the Cuban Revolution by Lars Schoultz. 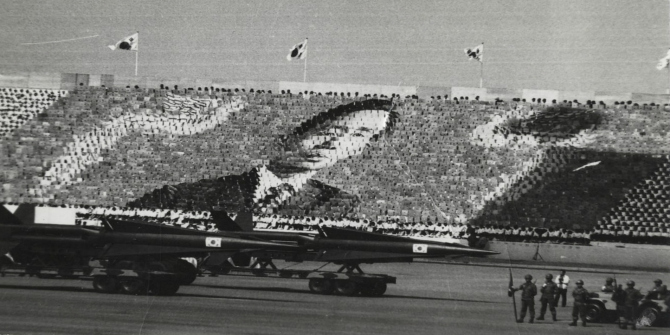