Since 2009, developing states including China, Brazil, Ethiopia, and Costa Rica have been advancing unprecedented pledges to mitigate their greenhouse gas emissions, offering new, unexpected signs of climate leadership. Some scholars have gone so far as to argue that their targets are now even more ambitious than those put forward by their wealthier counterparts. But what really lies behind these new pledges? This book seeks to offer a comprehensive analysis of the unique challenges that developing countries face in the domain of climate change. Hayley Stevenson finds that this volume will be of great value to both the scholarly world and the policy world. The challenge of coordinating global action to avoid dangerous climate change has vexed the international community for more than two decades now. For much of this time, developing countries have been able to choose to lie low in international negotiations and get on with addressing challenges of more immediate concern at home. The norm of ‘common but differentiated responsibilities’ (CBDR) placed the onus of responsibility squarely onto industrialised countries to set domestic emission reduction targets and timetables, and provide financial support for any action developing countries chose to take. In more recent years, however, the United States, Australia, and some EU countries have insisted that CBDR requires more advanced developing countries to display greater ambition in limiting their emissions growth.

There are, of course, both moral and pragmatic reasons to support this demand. In the first instance, many developing countries have large middle class populations whose consumption matches that in developed countries, so their governments should not be allowed to ‘hide behind the poor’. In the second, global efforts to maintain a stable climate will ultimately fail unless emissions growth in developing countries is curbed. This second reason is the motivating concern of Held, Roger, and Nag’s volume, in which they set out to discover what action is already being taken in developing countries and why some countries have voluntarily been more ambitious than others.

The leader-laggard distinction orients their comparison of twelve countries (China, India, Indonesia, South Korea, Argentina, Brazil, Mexico, Costa Rica, Egypt, Ethiopia, Mozambique, and South Africa). This selection, the editors acknowledge, is not representative of all developing countries, but it does capture 50% of world population, 25% of global GDP, and almost 40% of global annual emissions. Clearly, then, what goes on in these countries matters. Despite their significance, some of these countries have attracted limited attention in the global climate governance literature. Moreover, given their focus on the responsibility of industrialised countries, some of these countries have shied away from broadcasting their own domestic (and voluntary) efforts. This volume therefore fills an important gap and will be of great value to both the scholarly world and the policy world. The quality of the research is consistently high across all the chapters, and the editors have ensured an excellent degree of analytical cohesion. Each contributor clearly traces the trajectory of policy development (in most cases spanning one or two decades), and identifies the main actors, obstacles and conducive factors that have shaped this trajectory. Many of the chapters are based on new empirical research and interviews with stakeholders inside the case study countries. One feature that perhaps would have enhanced their individual analyses is a concluding editorial chapter reminding the reader of the key themes, findings, and avenues for future research.

Why, indeed, have some developing countries been climate policy laggards and others been leaders? This volume ultimately doesn’t provide a single concise answer to this question; of course, it is unlikely that one exists. The editors Introduction does, however, identify a set of common themes that help the reader understand the factors that facilitate and undermine ambitious action in the developing world. On the positive side these include the availability of climate finance; the linkage of sectors and concerns such as energy security, deforestation, air pollution, and climate policy; and socialization efforts by transnational epistemic communities. On the negative side, significant barriers lie in inter-ministerial competition rather than cooperation (especially when international finance is at stake), and divergent domestic interests and uneven capacity. All of this is insightful and valuable for filling gaps in our practical and theoretical knowledge of global climate governance. Nevertheless, it is, I would argue, incomplete. Debates and analyses of climate governance are dripping with ethical implications concerning justice and legitimacy. By focusing on the practical importance of mobilising action in developing countries, this volume is structured around mapping action and inaction, and figuring out how to maximise the former over the latter. While individual contributors give some attention to who is included and excluded from climate policy-making, the volume would have been even stronger as a whole if this question of legitimacy formed a more central point of comparison.

Indeed, close reading of all the chapters suggests that legitimacy can almost never be divorced from effectiveness. Legitimacy appears to constitute a key variable in the determination of leadership and laggardness. In some cases (such as Indonesia, India, Argentina, Mexico, Egypt, and Mozambique), efforts at leadership have faltered or remain tenuous largely due to top-down executive processes that exclude civil society, local communities, sub-national authorities, and/or various governmental ministries. In others (such as Brazil and Costa Rica), the contributors identified the engagement of civil society and the broader public as crucial to establishing and maintaining leadership and ambitious climate policy. Top-down and exclusionary policy-making processes not only threaten to undermine ambitious action, they also threaten to exacerbate climate injustices by privileging some interests over others, and creating winners and losers. The most effective mitigation actions may be socially disastrous, such as the (hypothetical) wholesale withdrawal of fossil fuel subsidies without targeted support for the poor or the (not-hypothetical) transfer of arable food-growing land to biofuel production. Without participatory processes for defining fair and appropriate mitigation and adaptation policies, great injustices could be committed in the name of climate governance. Scholars and practitioners alike ought to be cautious of this. Nevertheless, there is no doubt that Held, Rogers, and Nag’s volume fills an important gap and will be of interest to scholars, students, and policy-makers.

Hopefully it can also inspire further comparative research into the challenges and potential for securing ambitious, effective, and legitimate climate policies in developing countries. 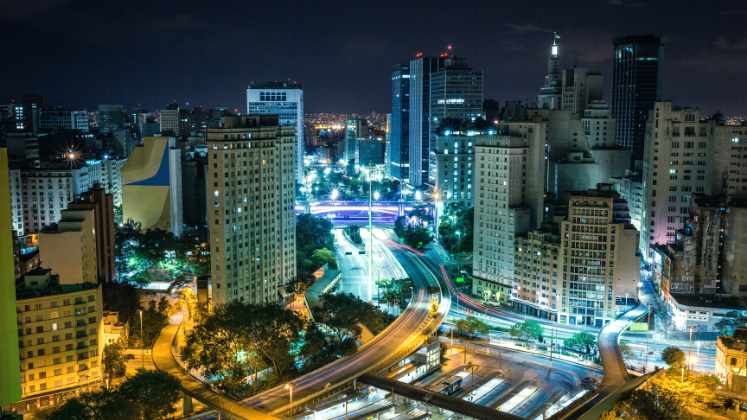