With the rapidly evolving digital media landscape, this new revised edition of Understanding Media Economics seeks to focus on the issues that are now central to how economic forces impact on the media industries. Exploring themes such as innovation, digital multi-platform developments, and strategies of risk-spreading, this book addresses and explains the key pressing questions and issues that are transforming contemporary media industries and markets. This second edition is a welcome overhaul that gets to the heart of the issues and challenges in today’s media industry, writes Sally Broughton Micova. 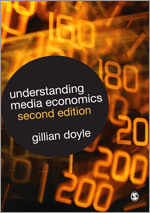 The first edition of Gillian Doyle’s Understanding Media Economics has been a core text for media economics courses for a decade. The massive changes in the media industry during this period meant that a significant update was desperately needed. The new edition is more of a complete overhaul than an update. For one thing it is not organised according to sectors of the market like the last one. Looking at the table of contents, one might think that print media has disappeared from the industry. Don’t worry, the plight of daily newspapers does get a mention, but what Doyle has done in the Second Edition is organise it around the crucial questions with which those in the industry and policymakers are currently grappling. It is much more about describing the complexity of today’s media markets than about providing students with simple models of how markets function or media firms operate.

One of the strengths of Doyle’s work is that she has always maintained that media markets are special. More so than in other industries, media firms are not necessarily motivated by profit, not least because of the political and cultural role that media products and services play in society. And, as she also argues, “technology is at the heart of the media business,” so economic success in the media industry is “naturally dependent on the ability to adjust to and capitalize on technological advances.”

It therefore makes sense for Doyle to start the new edition of Understanding Media Economics by discussing the implications of convergence for media firms and the ways they are adapting through concentration formation and expansion – two hallmarks of the increasingly globalized media industry. Though her approach is to describe trends and corporate strategies rather than provide critical reflection on them, she does not gloss over the fact that they raise serious questions for policymakers. This edition of the book ties directly into current policy processes.

The House of Lords Select Committee on Communications published its report on media convergence in March 2013. It posed questions on the implications of convergence for the role of public service broadcasting (PSB) recommending specific research tasks and suggesting that public service media might be even more important in a converged world. The European Commission’s consultation on preparing for a fully converged audiovisual world that closed in September asked, among others, two questions Doyle deals with explicitly in the book: “How will convergence and changing consumer behaviour influence the current system of content financing? How are different actors in the new value chain contributing to financing?

Policymakers, such as those in the European Commission and then Parliament, will be receiving a range of evidence, opinions and predictions. Doyle does not offer answers, but does a good job in explaining trends, such as the fragmentation of advertising budgets and audiences, and highlighting the challenges for media firms and policymakers. In my view, in the reorganized and revised version of her book there are two chapters in particular to which those seeking to answer the questions posed above should pay attention: the chapter on networks and the one on copyright.

Both these subjects were covered only in two or three page sections in the 2002 edition. That Doyle has elevated them to entire chapters speaks to their increased importance in media industries. Her discussion of networks is not focused on telecommunications network operators. In fact one of the failings of the book can be seen to lie in the relatively little attention given to the new roles of network operators and internet service providers in terms of lock-in effects of bundled services, re-transmission negotiations with content providers, and the implications of traffic management. The chapter on networks instead looks at them in a broader sense and discusses networks of media firms such as those of local broadcasters and magazine publishers, and then social networks like Facebook and Twitter. Doyle reminds us that magazine publishers have long been using international networks to reach niche audiences across larger populations, something those concerned with the international expansion of specialized television channels might find useful. She usefully points out trade-offs to be considered, such as between making use of economies of scale and having diversity of content.

The chapter on copyright is probably the bravest and may ruffle a few feathers in the creative industries. Although Doyle explains that copyright has enabled content producers to exploit the value of their work and been crucial in the systems for financing the creation of content so far, she argues that things are changing. She describes other models for incentivizing creativity, and, though she carefully avoids saying so explicitly, it seems obvious in her conclusion to the chapter that she is sympathetic to “adjusting” the copyright regime to better fit the internet age. Those producing the recent Report on Supporting the Creative Economy in the House of Commons Select Committee on Culture Media and Sport might have benefited from reading this chapter.

The major limitation of this book is its reliance on examples from the UK and the US, with a few from Western European-based international enterprises. As someone who teaches in Macedonia – a country of two million with a unique language – I find the book is lacking adequate consideration of small media markets, particularly in the context of the concentration and convergence Doyle describes. The narrow range of examples also leaves out the rapidly increasing importance of mobile media services in much of the developing world, as well as the contributions to the media economy from Bollywood, Nollywood, and Latin American producers. Nevertheless, this second edition of Understanding Media Economics is a welcome overhaul that gets to the heart of the issues and challenges in today’s media industry. It is more applicable beyond the classroom than the previous version and should be on the reading lists, not just of students in media economics course, but also of many in Westminster, Brussels and Strasbourg.

Sally Broughton Micova is the Research Officer for the LSE Media Policy Project at the London School of Economics and Political Science and teaches on media economics and the structure of the media industry at the School of Journalism and Public Relations in Skopje, Macedonia. Her research focuses on European media policy issues and small states media systems, and her recent academic publications have covered public service broadcasting in small states, European and national content quotas in broadcasting, digitalisation of terrestrial television in South East Europe. She also regularly contributes to the LSE Media Policy Blog. Read more reviews by Sally. 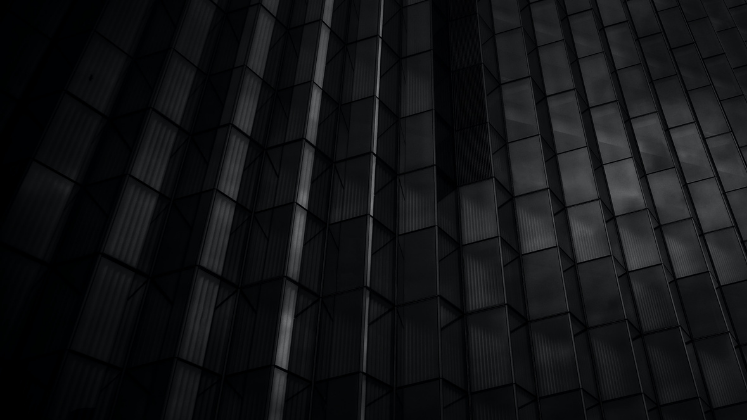