This book aims to reclaim some of the roots of the feminist movements in the 1960s to 1980s and, additionally, present new initiatives and show how feminism is being experienced today. By providing an understanding of feminism encompassing women in literature, television, mainstream media and the internet amongst others, this book reveals how fluid the term feminism is and its growth into more and more areas of life, writes Olivia Mason.

Opening with the statement: ‘the feminist movement, we have been told is history,’ Renewing Feminisms is editors Helen Thornham and Elke Weissmann’s excellent and engaging book to challenge that statement. Thornham and Weissmann contend that the feminist movement is still as alive and engaged as ever, yet now faces one of its biggest challenges: engaging with the mainstream.

Feminism is being thrust into popular culture creating unique challenges and problematic constructions of the term; for example, many representations of feminism in the media present feminism as white and middle class, failing to be intersectional. This book addresses these challenges by presenting new ways in which feminism is being explored and new understandings of feminism itself; containing contributions from thirteen academics and their research on feminism in the field of media studies. It aims to reclaim some of the roots of the feminist movements in the 1960s to 1980s but additionally present new initiatives and show how feminism is being experienced today. The feminism of today is a lived and personal one, the editors maintain, and the chapters in this book suggest that analyzing numerous areas of feminism in media studies can help us understand the feminism of today. The book is divided into four parts and revisits major feminist areas from across media studies, including but not limited to: representations of women in literature narratives; new technologies and feminism; popular culture and feminism; and the presentation of women in television.

In section one, the chapters investigate how generations and waves of feminism are perceived by each other and how they emerge from their environment; the editors feel the need to include the history of feminism as ‘we need to return to a particular point in order to progress’ (p.5). The editors argue that when feminism is compared to the past it is frequently considered to be a result of a mother-daughter relationship or in complete opposition. The editors contend that we should be more fluid in our understandings of the relationship between different waves of feminism. Thornham and Aune’s chapter focuses on the role of popular culture and what it tells us about feminist movements. They focus on the magazine Marie Claire and a question posed within it: ‘can we rebrand feminism?’ Thornham and Aune use this question to discuss why feminism has become so stereotyped in recent media portrayals. They argue that popular culture – while having a positive role in bringing many women to feminism in the first place – equally has a negative role in building and reinforcing stereotypes. The rebranding of feminism in popular culture is therefore essential because previous to its encounter with popular culture, feminism was in the academy and less open to these stereotypes. Now as feminism engages with the mainstream we are urged to be more aware of how the term is used and presented.

Section two focuses on the portrayal of women in narratives; feminism is about the personal and therefore feminist narratives often contain personal female voices that the authors argue are ‘experienced and negotiated every day, and are profoundly political’ (p.63). In chapter four, Maureen McNeil analyses feminist literature to show how narratives in literature are unique ways in which feminists can represent women and issues such as class struggle. Feminist writing can be intersectional and bring in different understandings of the mother in the household, mother-daughter relationships, and the working class ‘mam’. By including these more mainstream feminist narratives away form the Academy, McNeil maintains that feminism is not just one middle class stereotype. Feminism is about understanding that the personal is political and even mundane experiences of politics make up the political world map, so it is important these feminist narratives are shared.

Sonia De La Cruz’s chapter ‘Weaving the Life of Guatemala’ is particularly pertinent too in its reflections of a visual project in Guatemala, exemplifying the need for everyday understandings of the role of women in politics. De La Cruz details the positive outcomes of a video produced for an association of women weavers, the main one being gaining worldwide attention for this project. The organization Trana Textiles now has a website and accepts international volunteers and donations. It is a fruitful addition to this book by focusing directly on the use of a media project in bringing a feminist initiative to the global level and giving these women a voice.

Section four, ‘Futuristic Feminisms’, brings the book right up to date and addresses current issues surrounding feminism and the media today. The editors argue that since the technological boom in the 1990s, new media has been constructed as the perfect platform to disrupt and intermesh boundaries of gender, race, age, and sexuality. This chapter outlines recent research on what the internet can offer feminism, with Sherry Turkle theorizeing the multiple and performed identities for which the internet provides a space. In chapter ten, ‘New Media, New Feminism: Evolving Feminist Analysis and Activism in Print, on the Web and Beyond’, Andi Zeisler examines the ability of the internet to allow individual feminist identities to be created and formed, and uses the example of online feminist magazines such as Bitch Media as providing an alternative to monolithic media. The internet, Zeisler argues, must be understood as an important arena for women to air their voices; yet at the same time Zeisler warns that the internet still creates divisions. An argument which is particularly pertinent in the mist of the current debates surrounding cyber-harassment and the increasing use of social media to verbally attack women. Zeisler ends her chapter by asking for widening participation to ensure the internet remains a place that feminism can benefit from.

In conclusion, this book is a relevant and timely contribution to current debates about lived and imagined feminism today. Additional chapters analyse the evolving portrayal of women in television through the ages to emphasis that feminism is a gradual and constantly developing term. By providing an understanding of feminism encompassing women in literature, television, mainstream media and the internet amongst others, this book reveals how fluid the term feminism is and its growth into more and more areas of life. The contributors are not afraid to make themselves aware of limitations and problems within feminist studies, and this ensures that readers are truly engaged. This book’s greatest strength, however, is its ability to show future opportunities for feminism. The internet is only gradually being understood as having a unique opportunity for feminism, and therefore this book ensures its readers will be left with a greater understanding of the future opportunities for feminism. 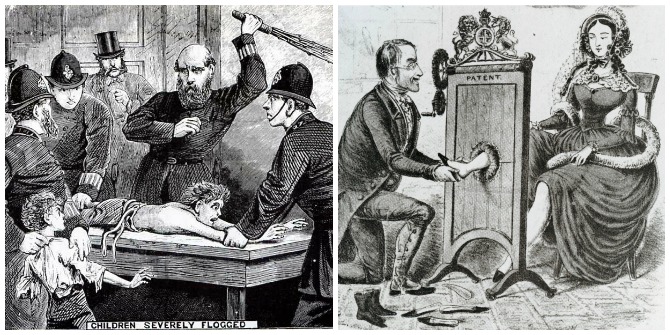