In this book, Jason Royce Lindsey draws upon the anarchist tradition to argue that we need a new politics that focuses on exposing and challenging the contemporary state’s hidden agency. With examples from military organization and environmental regulations to scientific investment and education, Lindsey aims to reveal how the dominant ideology of contemporary politics has become the concealment of the state’s overwhelming power and role in daily life. Jack Bailey finds that this is a worthy read for anyone interested in radical politics. 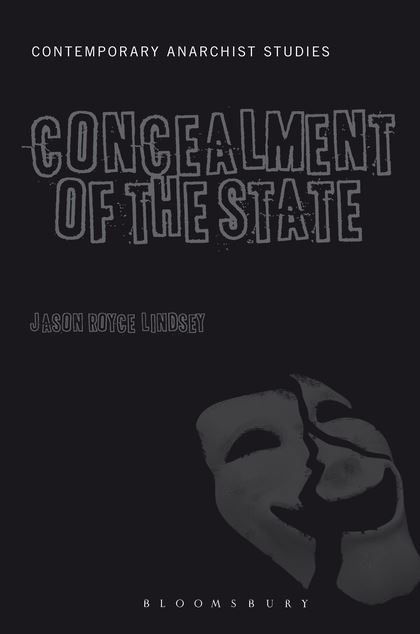 The Concealment of the State. Jason Royce Lindsey. Bloomsbury. September 2013.

When given the chance to write a review of The Concealment of the State, I was reminded of a debate between Noam Chomsky, a well-known anarchist, and Dutch conservative politician Frits Bolkenstein. In the middle of the debate, Bolkenstein, finding himself on the back-foot, accuses Chomsky of naïvety and likens his philosophy to “a boy’s dream”.

Whether it’s my background, or whether I’m just overly sensitive as to what other people think, the threat of accusations like Bolkenstein’s leaves me feeling slightly apprehensive about reviewing this book (especially as the cover of this book is almost completely jet black). I imagine that this is a symptom of the age in which we live and the role that capitalism and the state play in our day to day lives; given how pervasive they are, we are all assimilated into their ideologies to some extent, and to break from them is both exciting and nerve-wracking. Others would most likely agree with me, as if to even discuss anarchism without trying to disparage it is akin to labelling oneself a juvenile or a fool. As such, although I intend to do my best to write what I really think about Jason Royce Lindsey’s The Concealment of the State, I am very conscious that, as this article will be forever linked to my name thanks to Google, I may be prone to self-censorship. Thus, I ask that if readers feel that I am not being entirely consistent, they call me out on it. I did choose to review this book, after all.

Whilst still on the topic of anarchism more broadly, it is interesting to note how little exposure it gets. Even at a university like LSE, which was founded by socialists, no courses on anarchism or the history of anarchist thought are taught, and even a search of the LSE Review of Books archives only brings back a few reviews for “anarchic”, “anarchist”, or “anarchism”. It is for this reason that Bloomsbury’s Contemporary Anarchist Studies line, which aims to promote “the study of anarchism as a framework for understanding and acting on the most pressing problems of our times”, is so interesting and so unusual.

Although at first one might think that “most pressing problems of our times” are those that we are aware of, I find myself reluctant to link, as so many other reviewers might, The Concealment of the State with any popular protest movement. Whilst I am of no doubt that movements such as Occupy and the recent “Cops off Campus” protests are important, they are also undoubtedly responses to existing problems, which Jason Royce Lindsey’s book is not. Instead, The Concealment of the State is interesting in that it uses an anarchist perspective to create a new problem which it then attempts to solve, rather than to respond to an existing one.

The argument at the centre of this book goes as follows: to maintain the façade that the market is an immovable force that constrains their ability to act, modern states have split their functions into two broad areas – the ‘deep’ and the ‘shallow’ state. Much of the difficult and unpopular policy formation now resides within the deep state (a recent example being the Transatlantic Trade and Investment Partnership between the US and the EU), and, as such, the shallow state, to which the public remains privy, is left with the remnants, typically questions of ‘national identity’, ‘cultural controversy’, ‘consumer frustrations’, and ‘symbolic acts of solidarity with constituents’. This allows the state to pretend that it is limited in its range of actions by the market and to deflect criticism as ‘economically impossible’, despite the fact that it is the state which, according to Lindsey, ‘maintains this market and even decides what the market is’.

In this way, The Concealment of the State bears an unusual resemblance to Mariana Mazzucato’s The Entrepreneurial State, in that it argues that the state plays a much greater role in the market than we would have been led to believe. However, as an anarchist, Lindsey’s conclusions (to reveal and challenge the power of the state) are somewhat different to Mazzucato’s (to recognise and encourage the state’s role in creating economic growth and innovation).

That it is the state itself which decides what is state- or market-controlled is in my opinion one of the best insights to be had from this book. Lindsey persuasively questions why we accept that privatisation reduces the size of the state when the private firms that come to perform tasks previously performed by state institutions are for all intents and purposes state-controlled. After all, they are paid in public money, according to rules set by the government, and work in conjunction with other government agencies. How do they really differ from the state agencies that they replace? As many of us assume the mechanics of the market to be “natural’’, the real purpose of privatisation is instead to allow the state to expand its presence by outsourcing projects to the (nominally) private sector, whilst arguing that it is handing control over to the free-market.

As a child of Thatcher and Blair, I found this insight particularly interesting, especially as the number of scandals that emerge when the lines between the market and the government are ruptured. I do, however, wonder how novel an insight Lindsey’s argument really is. It would come as no surprise to many members of the public that the line between the government and the private sector is more porous than we may be led to believe; indeed, seeing as accusations of cronyism are common, it would seem that the only difference between the opinion of the person on the street and The Concealment of the State is one of conceptualisation.

Lindsey’s solution to this problem is relatively simple; we must reveal and challenge the state. In light of the Wikileaks cables released by Chelsea Manning, to the more recent exposé of the NSA’s PRISM surveillance programme by Edward Snowden, we could argue that revelation of depth of the state is something that is already happening. Challenging the state, on the other hand, is a different matter. Given that market ideology is so pervasive, and assuming that MPs want to keep their jobs, it seems reasonable to assume that rather than run the risk of challenging the official ideology and failing, politicians will be more inclined to appeal to the public within the constraints that they find themselves. Thus, challenging the state is likely to require significant organisation and conscious-raising efforts by an active citizenry, and, ever the pessimist, I would consider such efforts to be unlikely in the near-term, but who knows what the future will hold.

Given that the central concern of this book is nothing less than the overthrow of the state, it is far from the conventional (i.e. dry) academic book, and should at least be interesting to anyone who is willing to pick it up. More importantly, whether or not you consider Lindsey’s solutions to be a possibility, or to be “a boy’s dream”, The Concealment of the State is a worthy read for anyone who may not believe that governments are not quite as restricted as they would have us believe.

Jack Bailey is the Communications Officer at LSE’s Institute of Public Affairs. His interests include International Relations, Politics, Philosophy, the Left, Peace and Violence, Languages, and Orwell. He tweets at @JackBailey88. Read more reviews by Jack. 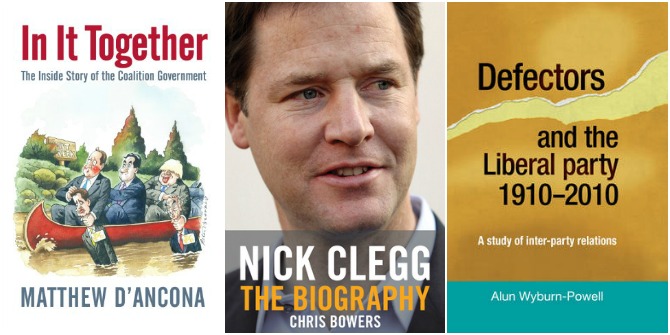