Interview: Five Minutes with Meena Kandasamy: “I think propaganda can be very beautiful based on what you are doing it for”

Interview: Five Minutes with Meena Kandasamy: “I think propaganda can be very beautiful based on what you are doing it for”

Meena Kandasamy is a poet, writer and activist who deals with the questions of caste, language and feminism. She recently spoke at the LSE event ‘Gender and the Hindu Right’, organised by the LSE Gender Institute. LSE Review of Books Assistant Editor Nazreen Fazal talks to Meena about her writing, activism in Kerala and Tamil Nadu, and her latest novel- The Gypsy Goddess. Recommended reading for those interested in issues revolving around gender and activism in India.

What are your experiences as a female writer in India who identifies herself as a feminist? Do you face a lot of opposition against that – online or otherwise -when you meet people?

It is not the feminism bit that is problematic. What’s problematic for these people is the fact that you are also challenging Hindutva, the caste system, and with it all these so-called rules that they have used to put women in [their] place. Most of these rules are not just out of misogyny but arise from a religious or caste-based conditioning. So yes, it does make people angry.

Feminism for some reason has – at least within the section of men – become ‘Oh she hates men’. It is easily translated into that. When you say you are a feminist, you also have to clarify what exactly your feminism means, because sometimes feminism itself as a broad term is used to silence or justify what happens in, say, Afghanistan, with the drone strikes. But feminism is neither a corporate nor an imperialist project. Feminism is a grassroots project; it is a project of the people. As a feminist you need to be really clear on where you come in and where you come from. You have to define your own space but also let people know that they don’t really have a business in what you are critiquing.

Your latest novel, The Gypsy Goddess, is based on the true life Kilvenmani massacre, in which a group of 44 striking Dalit (untouchable) village labourers were murdered by a gang. It must have been painful writing about something this brutal and personal, since you yourself come from a particular caste; how did you get through the process?

My parents had an inter-caste marriage; my grandparents had an inter-caste marriage, so I’m one of the few people who come from inter-caste marriages over three generations. So I consider myself as more of a hybrid as opposed to belonging to any particular caste. The second thing about telling this kind of story is that the easy way for me would have been to write the story of people visiting the UK, studying in dorms, transiting between airports, falling in love with someone of another nationality- just a very urban, educated girl’s experience.But there is enough written about that already so I wanted to tell a story which for me was something that identified me with my roots in Tanjore (a city in the southern Indian state of Tamil Nadu) and help me understand why a person like my father would so desperately want to escape from there.

Also, the more I started working in Kerala (a neighbouring state), which is a one hundred per cent literate society and has a huge communist consciousness among everyone, the more I wondered why this did not happen in Tamil Nadu. Why have we become some kind of victims of identity politics as opposed to a base for a large scale communist politics? The 1940-60’s Tanjore was a hot-bed of communism, how did the communist movement take root there? Who were they representing, what were its failures, and how was it eventually sabotaged? Historically these were big questions for me. It was also one of the worst massacres in all of India. Forty-four men, women and children were murdered, of which 15 were women and 23 children. I was looking at how this could actually happen and that is how the story came about.

How much of your personal life is reflected in your work? And do you try to disengage at some level, or are you drawn into it?

Yes, in poetry for instance, at certain times they tend to border on the extreme autobiographical and you cannot extricate yourself from that. I think the problem is that in the beginning when we were just writing on the internet of the late 1990s, you had total anonymity, you could run a blog and nobody could know you. With the advent of Facebook and other social media, this has become a brutal process; on the one hand you are being judged because you are sharing your own story and on the other hand, is there anything that’s private to you? Everybody in the world knows who you are meeting, where you are going and what you are eating. There is an absolute lack of privacy, but beyond these concerns I do think sometimes that it helps to come out and tell your own story. I was caught in an extremely abusive marriage and then I walked out of it. I just went out and I shared this story and then I found thousands of emails coming from women everywhere saying ‘You said my story’. When you show the courage and tell people, ‘I walked out of this, I survived’, you give them a lot of hope. If you can use your experience to give hope or tell people that they don’t have to put with wrong, you should share that story.

Did you get involved with writing first and activism followed, or was it the other way around?

My first works involved a lot of translation because there was so much that was going on within Tamil Nadu in terms of the Dalit movement there, their militancy, and how they were opposing caste atrocities. I decided to translate it and put it in the wider domain so that people elsewhere understand what is going on and become part of the discourse themselves. It’s also quite interesting because the Dalit movement in Tamil Nadu was not only discussing caste, they were discussing issues like the liberation struggle in Palestine, they were discussing Gujarat and similar cases, so I thought we should get this outside.

So I started out as a translator but also as an activist because I was involved with a lot of political parties and the work they were doing. I realized then that there is so much you just cannot put on a news item or in an interview. I was writing these poems in my diaries after going on these fact finding missions. It wasn’t to get published, I was writing this for myself to get over these things.

As an Indian writing in English, do you feel there is something lost? Or do you find it a more effective medium to get across your point?

I think one evolves a lot, don’t they? In the last ten years, I’ve come to identify myself much more as an Indian writer in English as opposed to anything else. There is only so much activism and translation that you can do. You also have to understand privilege and consider where you come from. If you are educated in a certain medium and you come from a certain class, it makes sense to write in English while making that kind of noise.

Do you see an intersection between writing and activism, where one can serve as a means to the other? Do you strive for that in your own writing?

Yes, there is this clear cut connection between writing and writing as activism. I would like to look at my political columns as either records of history or some kind of intervention where you are putting out the facts before the world. So I don’t think I do a lot writing that just exists for the sake of writing. I understand that there is a huge need to do that. However, I also think that it is very important that you bring this whole aesthetics of beautiful writing or experimental writing into the realm of political activism. It doesn’t have to be dry, it doesn’t have to be something that only NGOs do, and it doesn’t have to be something that somebody on the street is just shouting about. I think propaganda can be very beautiful based on what you are doing it for. If you are doing propaganda against caste or communalism, it could be a beautiful thing to do. Taken in that sense, any kind of this revolutionary spirit is beautiful and that’s precisely where I think a writer can come in and present the whole struggle in a well-articulated manner.

Could you tell us something about the current activist projects that you are involved with?

I do take part in protests and, incidentally, Kerala has been having these protests against quarries after this new Gadgil report on saving the Western Ghats. There are more than 1700 illegal quarries and it is a huge threat to the ecology, especially when a land like Kerala, which is touted as ‘Gods own country’, is being exploited every single day, in every single manner. It is a huge assault on natural resources. At some point people have to stand up and say no.

Listen to a podcast of LSE Gender Institute event ‘Gender and the Hindu Right’, which took place on Monday 3rd March 2014.

Nazreen Fazal is Assistant Editor of the LSE Review of Books. Nazreen graduated from the University of Nottingham (Malaysia Campus) with a degree in International Communication Studies with English Language and Literature. She is currently pursuing a Masters in Comparative Politics at the LSE. Nazreen blogs at Penguin Peeks and Brown in Britain. 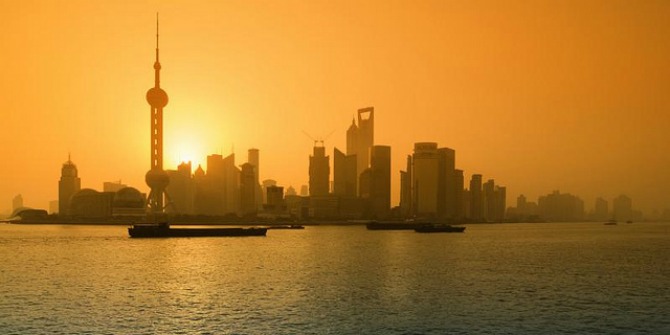 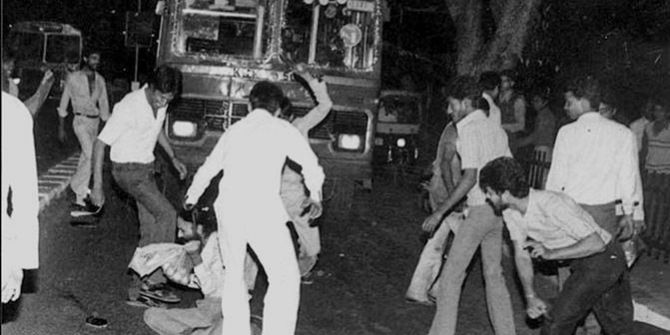 Book Review: On Their Watch: Mass Violence and State Apathy in India, edited by Surabhi Chopra and Prita Jha 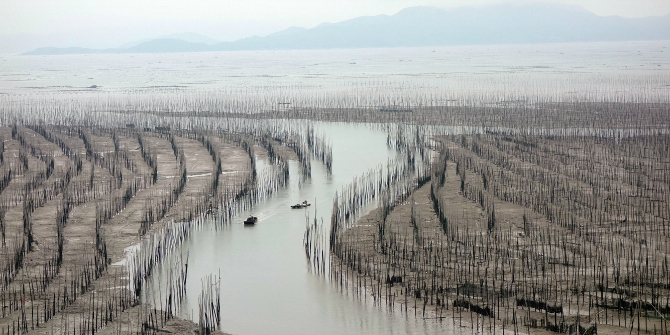 Book Review: The Blue Frontier: Maritime Vision and Power in the Qing Empire by Ronald Po