In A Middle Class without Democracy, Jie Chen explores attitudinal and behavioural orientation of China’s new middle class to democracy and democratization. Hyun Bang Shin finds that this is a valuable addition to our understanding of the future of Chinese society and politics, and especially of the country’s future prospect of political reform that is perceived not to have progressed as much as the economic reform. It is strongly recommended to observers of China who may wish to find out more about the meaning of middle class expansion in contemporary China.

This book review has been translated into Mandarin by Damion Jeong (LN814, teacher Dr Lijing Shi) as part of the LSE Reviews in Translation project, a collaboration between LSE Language Centre and LSE Review of Books. Please scroll down to read this translation or click here. A Middle Class without Democracy: Economic Growth and the Prospects for Democratization in China. Jie Chen. Oxford University Press. 2013.

The relationship between economic development and democratisation is a tricky one. Some may incline towards a unilinear relationship, arguing that greater economic prosperity will facilitate democratisation. Others may argue for a more nuanced view of the relationship, being cautious about the role of specific trajectories of socio-political relations that would influence the course of democratisation. The expansion of a society’s middle class has been recognised as a key but controversial factor in terms of promoting democratisation. On the one hand, it is assumed that the middle class may speed up the process by exerting pressure on the state, informed by their greater awareness of individual rights that may come into conflict with the practices of authoritarian undemocratic states. On the other hand, it is also possible that when the middle class benefits from the economic development spearheaded by authoritarian undemocratic states, the middle class populace may not necessarily challenge the state as long as their material interests are not infringed upon. The experiences of the late industrialising Asian countries such as South Korea, Taiwan, Singapore and so on testify to the latter perspective.

In contemporary China, the rise of the middle class has been welcomed and actively promoted by the central government that aims to promote the increase in consumption expenditure as the next driver of the country’s economic development. Having benefited mainly from its export-led industrial development and heavy investment in fixed assets including housing and infrastructure, the Chinese government is set to further expand the domestic market, making use of the rapidly growing purchasing power of the middle class to further fuel the country’s development and insulate the national economy from external shocks. While the identification of China’s middle class and the estimation of its size remain subject to varied interpretations, it seems inevitable that the size of China’s middle class will be on the rise in the foreseeable future. Under the circumstances, what will be the future of democracy in China? More specifically, will the middle class demand a political reform to facilitate democratisation? Will the middle class be the major agent of social change in the coming years? These are the questions raised by the author Jie Chen, and his own conclusions indicate that the prospect of China’s middle class being the agent of democratic social change is pessimistic.

The main strength of Chen’s book lies in the presentation of his findings from the representative survey and in-depth interviews carried out in three major cities (Beijing, Chengdu and Xi’an) between late 2007 and early 2008, adding weight to the conclusions drawn from extant studies. The practical methodological issues as well as the theoretical basis for the author’s construction of operational hypotheses are explained in Chapters 1 and 2. In short, the author refrains from using subjective judgement of one’s own class belong or income measures as the basis of identifying who belongs to the middle class. Instead, Chen adheres to the occupation criteria as a more reliable basis of middle class identification in China that has gone through the transition from a planned to a market economy. Utilising the ten social strata categories put forward by the researchers at the Chinese Academy of Social Sciences, Chen groups these ten social strata into three classes: upper class (administrative personnel of state and social affairs, and private entrepreneurs), middle class (managerial personnel, professionals, and office workers) and lower class (blue-collar industrial and service sector workers, the small-scale self-employed, the unemployed, the underemployed, retirees and college students). Chen’s survey results indicate that each class group consisted of 2.5%, 24.4% and 73.0% respectively (see pages 41-43). 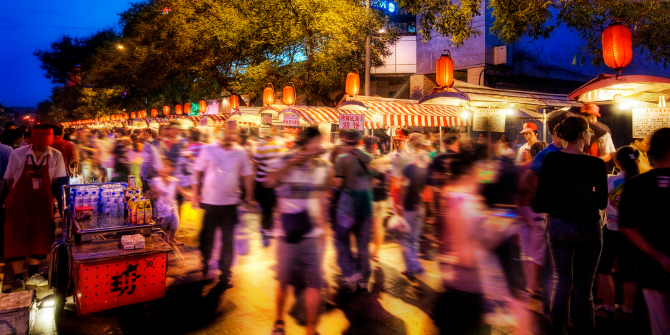 Chen makes three sets of key findings. First, China’s new middle class, having emerged during the reform era, advocates individual rights such as the right to work, right to education, right to live anywhere, unconstrained access to public information, religious liberty and freedom of conscience, and so on (see Chapter 3). However, they are also found to be distancing away from political mobilisation such as demonstrations and establishment of organisations outside the government. What is interesting is the fact that the support for political mobilisation was significantly higher among lower class respondents than the middle class. Compared to the lower class, the middle class also showed significantly less support for participatory norms (e.g. participation in government’s decision making processes and ordinary people’s role in promoting political reform) and for multiparty competitive election of government leaders. The lower degree of democratic support among the middle class respondents was also found out to be related to the higher degree of support for the Chinese Communist Party State and for the specific policies implemented by the Party State.

Finally, regarding the political behaviour of the middle class, Chen finds that while the middle class actively participates in elections sanctioned by the government, those with a lower degree of support for democracy tend to give more importance to participation in elections than more informal forms of political actions such as petitioning and directly contacting party or government officials. This may be understandable, given the group’s affinity with the Party State. Those with a higher degree of support for democracy, although a minority in the middle class group, turn out to be more engaged with the latter form of political actions. Such informal forms of political actions are more observable among those employed in the non-state sector than those in the state sector (see Chapter 5).

The political implications of Chen’s findings are far reaching. As argued in the concluding Chapter 6, it seems that China’s middle class is unlikely to act as a social agent of political changes to promote democratisation, and they are more likely to take the side of the Party State as long as it safeguards and nurtures the material well-being of the new middle class. Such conclusions also shed light on why the Chinese government is keen to expand the middle class in the coming years. The government has a high stake in promoting the expansion of the middle class not only to sustain the country’s economic development through the growth of consumption expenditure but also to ensure the state legitimacy and socio-political stability, as the middle class has become the expanding basis of the Party state’s support basis.

While the book provides a very important insight into the relationship between the expansion of the middle class and democratisation in China, it also faces a couple of shortfalls that could have been further addressed by the author. First of all, there is a clear lack of attention to non-middle class populace, especially the role of the lower (working) class in promoting democratisation. The book itself is focused on the middle class, but the findings clearly indicate that the lower class is significantly more progressive than the middle class. Therefore, as for the questions about who’s going to be the agent of social change, it seems quite clear that the lower class has greater potential to bring democratic changes to China’s political system. The author could have explored more about the rising importance of the lower class, as testified by his own findings, and discussed what the implication of cross-class alliance will be (my own research discusses this potentiality of cross-class alliance).

Moreover, the arguments in this book are largely based on the statistical analysis of the author’s survey data. Although the use of representative sample survey is commendable, the reader may also wonder about the role of the author’s extensive qualitative data. As shown by a lengthy list of interviewees attached as appendix to the book, 223 interviews in total were conducted in three cities, and each interview was said to have lasted two hours on average. It can be assumed that the vast amount of qualitative data would have the potential to shed more light on our contextual understanding of how China’s middle class come to make particular decisions about their behaviour and attitude towards democratic values, institutions and political reform. To be fair, the book does introduce several quotes from the interviewees, but only seven interviewees were mentioned in the entire book.

Nevertheless, the above shortfalls do not undermine the key strengths of Chen’s book on the relationship between China’s middle class and democracy. It is indeed a valuable addition to our understanding of the future of Chinese society and politics, and especially of the country’s future prospect of political reform that is perceived not to have progressed as much as the economic reform. It is strongly recommended to observers of China who may wish to find out more about the meaning of middle class expansion in contemporary China and what this may mean for China’s socio-political stability and state legitimacy. 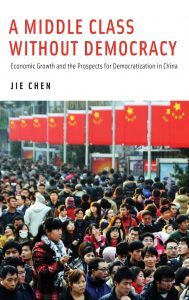 Hyun Bang Shin is Associate Professor of Geography and Urban Studies in the Department of Geography and Environment at the London School of Economics. His research includes the critical analysis of the political economic dynamics of urban development, with particular attention to Asian cities. The main themes of his recent writings include state entrepreneurialism, politics of gentrification, post-displacement housing, the right to the city, cities of spectacle and event-led development. He is currently working on a number of publication projects including a co-authored monograph (Polity Press) and a co-edited volume (Policy Press) on critical discussions of gentrification in the global South. His book on Making China Urban is also expected to be published in 2015 from Routledge. His website is urbancommune.net. Hyun is also running a course entitled Urban Asia and China as part of LSE-Peking University Summer School. 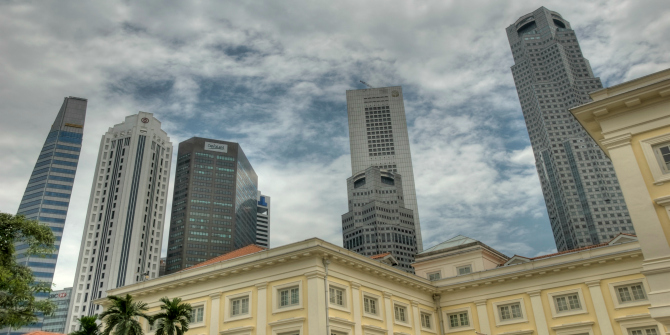