To mark the 150th anniversary of the birth of the International Working Men’s Association, this book pulls together essays and resources useful to readers interested in the foundations of labour movement history as well as in the critique of capitalism. Gordon Bannerman praises Marcello Musto’s chapter for reviving the IWMA from relative obscurity. 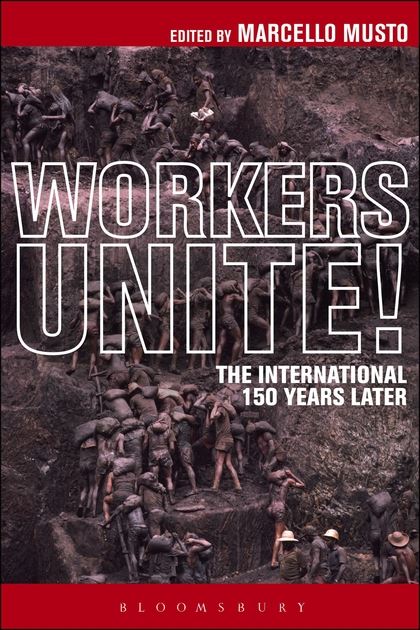 In the document-based collection Workers Unite! The International 150 Years Later, Marcello Musto succeeds in locating the International Working Men’s Association (IWMA) or First International in its historical context while also offering pointers as to future prospects for the international socialist movement.

The book contains eighty documents charting the history of the IWMA divided between thirteen topics including official addresses as well as thematic essays on subjects as diverse as trade unions, strikes, collective ownership, internationalism, and opposition to war. The selection covers official texts and speeches, and therefore excludes journalism, published works, and letters. Each document has a brief introductory note which identifies the first date of composition and publication/delivery, and the book contains useful appendices (pp. 66-8) with a timeline of International Congresses, and (approximate) national membership figures for the IWMA.

The documents are prefaced by an introductory essay recounting the International’s history from its foundation in 1864 to its demise in 1872, and the subsequent divisions within rival bodies which existed until 1876. Perhaps the most historically-important documents relate to ‘Labour’ and ‘Political Organisation’ and show a distinct Marxian tendency, which is unsurprising given the prominence of Marx within the IWMA, and the political sympathies of the editor. Musto, an Assistant Professor of Sociological Theory at York University, Toronto, and a prolific author on Marxism, is an ardent advocate for the relevance of Marxist thought in contemporary politics. The book aims to show that the Marxist critique of capitalism remains relevant today, and for Musto, the ‘first motivation’ of the book is to contribute towards re-building an international socialist movement. (p. xv)

The publication emerges within the context of the current crisis of global capitalism, and is influenced by modern currents in New Left thought. With the recent decline of Marxism and socialism, traditional labour history, encompassing long-forgotten doctrinal disputes and bitter personal animosities, have become rather unfashionable. Yet it is perhaps more germane to contemporary politics to examine the First International, encompassing as it did a wider range of reformers and socialists rather than the more exclusive Second (1889-1916) and Third (1919-43) Internationals, which were fatally undermined by national rivalries and ideological straitjacketing respectively. Musto’s analysis provides a useful counterpoint to previous histories, most notably Julius Braunthal’s monumental three-volume History of the International, where meticulous detail often obfuscated analytical content. One of the good points of the book is that there is not an over-emphasis on Marx’s writings (thirty of eighty documents). Clearly, some justification exists for a weighty contribution by Marx but the volume of material appears proportionate. Different currents of thought are recounted, while credit is given to Marx for providing the International with a non-exclusionary yet firmly class-based political programme and a ‘clear purpose’ (p. 5).

One of the strengths of Musto’s work is his acknowledgement of the practical difficulties the IWMA encountered, in failing to capture unskilled labour, alongside a broader failure to reach workers in larger industries. Indeed, the early years were characterised by lack of ideological cohesion or concerted action, and from the beginning, doctrinal disputes and personal differences were prominent and frequent. Ideological diversity and uneven political and economic development between nations led to a great variety of opinion. Reformist, artisan classes, particularly notable in British trade unions, whose economic position was threatened by technology, foreign competition, and unskilled labour, enjoyed membership alongside Proudhon’s anarchistic mutualists, and Marxian revolutionaries. Although the influence of reformists and mutualists was greatly diminished by 1872, it remained extremely difficult for a supra-national body to reconcile divergent national and ideological interests.

Musto views the years 1864-72 as a period characterised by an ideological journey from reformism to revolutionary socialism. Marxism eventually became the ‘hegemonic doctrine’ but this took time (p. 6). The recommendation of nationalisation in 1868 represents for Musto ‘the first appearance of socialist principles in the political programme of a major workers’ organization’ (p. 22). Henceforth the political purpose of the International was more clearly defined, with the formation of proletarian parties considered the best means of emancipating the working class. Despite national differences, Marx and Engels promoted this view on the basis that ‘the fundamental relations between labour and capital are the same everywhere and the political domination of the possessing classes over the exploited classes is an existing fact everywhere’ (cited p. 45). Yet the growth of socialist political parties was very patchy, with limited support in the United States, and countries such as Russia virtually untouched by the doctrines of the International.

Marx’s role within the International is convincingly portrayed as an important stage in the theoretical refinement and practical application of Marxism itself. (p. 51) Initially, Marx did not exercise theoretical domination, and rival conceptions of the scope and nature of the International was most starkly displayed in the conflict between Bakunin and Marx. Bakunin’s anarchistic critique of the State held that working class political parties would remain subject to the hegemony of the institutions of the bourgeoisie. Appealing to less proletarian and less-developed countries, Bakunin rejected Marx’s emphasis on the organised proletariat, instead arguing that the lumpenproletariat was the most revolutionary class. This theoretical conflict resulted in the expulsion of Bakunin’s organisation as a secret, conspiratorial cell in 1872. Nevertheless, ideological differences over revolutionary political organisation, tactics, and strategy continued into the twentieth century, not least in Russia, where Lenin adopted to some degree Bakunin’s conspiratorial model of revolution.

If Musto embraces the more positive aspects of the International, he does not shirk from illustrating its flaws. The divisions and conflicts within the movement are well-documented, and Musto accepts that the changing configuration and nature of workers’ movements across Europe forged changes in working class politics which eventually made the International ‘obsolete’ (p. 47). In calling for reorganisation of the International, Musto adds that any new movement must be ‘plural’ and ‘anti-capitalist’ (p. 66). As a fundamental tenet of socialism, internationalism received its organisational and institutional expression through the IWMA, and it is this type of internationalist philosophy, fuelling an international workers’ movement under Marxist leadership, which he hopes to revive. Musto correctly argues that the Second and Third Internationals referred constantly to the values and doctrines of the First International, and it may have been useful to have provided some examples. While these references were often made for contemporary political reasons, it is clearly true that the International’s ideological heritage has proved to be significant in ‘producing results over time still greater than those achieved during its existence’. In contrasting the ‘passion for politics’ among the workers of 1864, with the ‘apathy and resignation prevalent today’, Musto hopes for regeneration of political engagement and activism based on heightened class consciousness. (p. 65)

To what extent the International is relevant to the modern Left, with its disparate ideological concerns, encompassing gender, racial, and environmental politics as well as class politics is questionable.  Moreover, historically, and as Musto demonstrates, division and conflict have been hallmarks of left-wing politics, and it is difficult to see how any future movement can secure the unity of purpose necessary to make a significant mark as an international socialist movement. Aside from these political aspirations, the published documents are a wide-ranging and interesting selection which by demonstrating ideological contours, concerns, and conflicts, do justice to the diversity and content of the politics of the International. Generally, there is a good balance, and the temptation to concentrate on the most historically-relevant issues to the exclusion of less portentous issues is largely resisted. It would have been beneficial to have referred more closely to the documents within the Introduction, both in order to demonstrate their particular relevance, and to provide guidance to readers grappling with the theoretical and ideological complexities. Nevertheless, in his introductory essay and on the basis of the selected documents Musto provides sufficient historical context to engage and inform specialists and general readers, and in this sense, he has managed to revive the IWMA from relative obscurity. 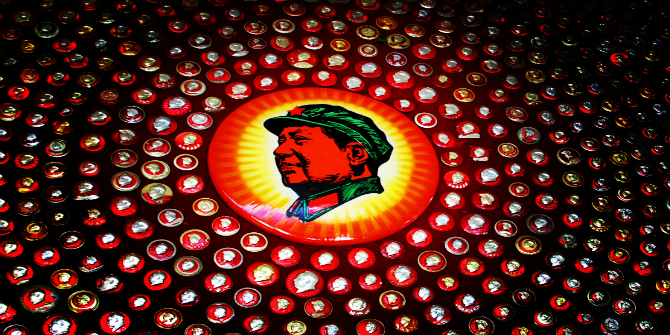 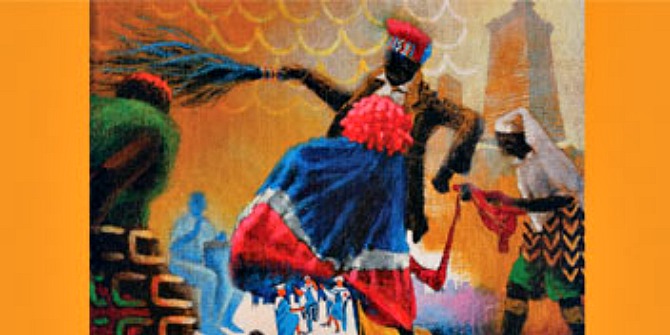 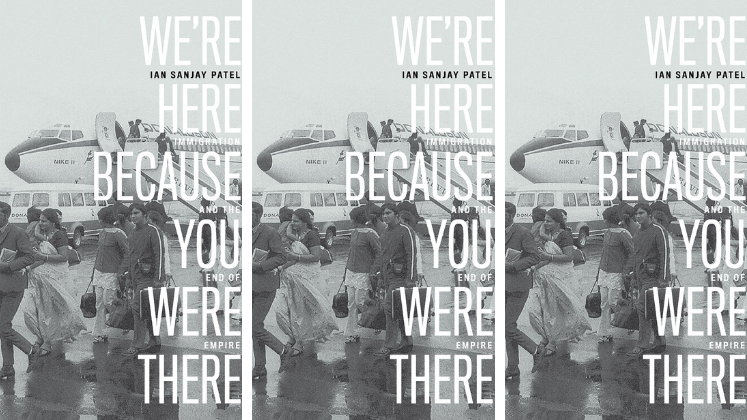