Racism, Class and the Racialized Outsider aims to offer an original perspective on the significance of both racism and anti-racism in the making of the English working class. Sarah Burton finds that the key original contribution of this book lies in identifications of the complicity of some working class movements, people, and labour organisations in using the notion of the ‘racialized other’ as a tool of making – and grounding – the working class in ideas of nationhood and belonging, thereby securing a right of existence and equality for the working class. The making of the English working class has been an especially fruitful terrain for social scientists, providing them with grounds on which to explore nationhood (see The Making of the English Working Class by Edward Palmer Thompson), community (see Getting By Lisa McKenzie), and the colonial and imperial histories of the UK (Alex Rhys-Taylor’ chapter ‘Intersemiotic fruit: Mangoes and Multiculture’ in Emotion and Location: Stories of Cosmopolitan Belonging).

Satnam Virdee’s new book is another footstep on this oft-trodden ground, and he states clearly that the book is part of ‘a critical analysis of working class efforts to secure economic and social justice’ (p.1). Where Virdee departs from the usual narratives of the history and construction of the English working class is in his foregrounding of ‘race’ and racism as part of the critical analysis. As a result, Virdee’s text covers well recognizable topics (Chartism, the growth of Trade Unions, Thatcherism), but in a genuinely sociological manner where what is familiar is made unfamiliar (Bourdieu), thus moving the study of the making of the English working class forward in a manner which is both fine-grained and substantial.

The first chapter, ‘Class, Nation and the Racialized Outsider’, provides a comprehensive overview of the book’s main arguments. Central to this chapter is Virdee’s assertion that the making of the English working class has traditionally pivoted upon notions of the ‘British imaginary’ and nationhood (See Britons by Linda Colley). Virdee locates the erasure of people of colour from narratives of English class-making in this orientation to nation, declaring that

[t]he danger of ideologically locating demands for greater working class rights and freedoms on the terrain of the nation is that it may simultaneously contribute to the exclusion of others, especially though members of the working class who cannot be imagined as British.

Virdee complicates the idea of who can and cannot be comprehended as British by introducing the Irish Catholic worker as an example of the ‘racialized other’ (p. 12). Though white – and so perhaps not so readily interpreted as the ‘racialized other’, Virdee usefully utilises the migration of Irish Catholic workers to Industrial Revolution Britain as an example of the making of the working class occurring beyond the conventional confines of Colley’s ‘British imaginary’. Noting that this British nationalism was ‘underpinned by a shared allegiance to Protestantism’ (p. 13), Virdee suggests that it would be reasonable to expect ‘considerable resentment, division and conflict within the working class’ (p. 13) over the arrival of these majority Catholic migrants. However, through a thoughtful and precise overview of Irish Catholic contributions to working class struggles in England – negotiating with the Admiralty for improvements in pay and conditions (p. 14), and the involvement of Irish Catholics in the corresponding societies which provided strong support for ‘artisans, shopkeepers, mechanics and general labourers’ through ‘drawing together advocates of all kinds of radical causes’ (p. 14) – Virdee demonstrates the real integration of Irish Catholics to working class movements in England.

Virdee employs a similar tactic later in the chapter in order to recover the place of African radicals in the struggle against the slave trade. Declaring that ‘little consideration has been given to minorities in pursuit of their own freedom’ (p. 17), Virdee provides compelling accounts of the work of those such as Olaudah Equiano and Robert Wedderburn, both outsiders ‘within the heart of the British Empire’ (p. 19), who were vital in autonomous activity to secure freedom for African slaves. Virdee ends the chapter by considering what these examples bring forth about the idea of class, nation and the racialized other, explaining that ‘[i]nserting the Irish Catholic and African worker into the history of the making of the working class in England allows us to rewrite traditional accounts of its making’ (p. 22). Virdee expands on this, noting how the space these groups inhabited as ‘racialized outsiders’ afforded them a particular perspective on the British nation and its representation in culture. Through diverging from the dominant ideology, the ‘racialized outsider’ in history brought forth a ‘politicized consciousness’ which ‘lent itself to dissent’ (p. 24) and enabled a conjoining between these groups and ‘English workers already locked in a bitter class struggle with employers and the state’ (p. 24).

Chapter 8, ‘Municipal Anti-Racism and Black Self-Organization’, expands upon the autonomous action of minorities touched upon in the opening segments of the book. Virdee explores the working class battles of the 1980s, and places the consequences of Conservative rule and Thatcherism for black and Asian workers centre-ground. Moreover, Virdee brings to the fore instances of black self-organization (p. 155- 157), and the way in which struggles of anti-racism are also embedded in the organized labour movement (p. 161). Virdee examines the restructuring of industry and British social formation, noting the ‘over-representation of racialized minorities in the manufacturing sector of British industry in 1980 and 1981’. Virdee asserts that this was a ‘product of the deeply embedded racism and discrimination’ of the post-war era (p. 148) and thus, ‘racism and disadvantage were inscribed into the contemporary class structure of British society’ (p. 148). A further point to note is the changing paradigms of value of the Labour Party – moving from a site of emphasising economic oppression to include ‘feminist, peace and anti-racist activists’ (p. 150). However, what Virdee highlights is the way in which many left-wing organisations adopted a ‘colour-blind’ approach to working class equality. Taking as an example the National and Local Government Officers’ Association (NALGO) which a number of black and Asian workers joined in the early 1980s, Virdee discusses the tensions between Trade Union activity and autonomous ‘black self-organisation which presumed that those who were the subject of racism should have the primary voice in determining how the union challenged it’ (p. 156). The preference of black and Asian workers for black self-organisation in NALGO was, Virdee asserts, ‘almost immediately opposed by some white members…who interpreted it as a form of special treatment’ (pp. 156- 157). Virdee notes of the colour-blind approach to class in the Trade Union movement and other labour organisations that it ‘would have effectively limited the scale and scope of anti-racist action’ (p. 158). The chapter ends, however, with a glimpse of hope as Virdee notes the ‘existence of a durable current of anti-racism in British society…[which] had become institutionalized in key sectors of the organized labour movement, and the public sector’ (p. 161).

The key original contribution of Racism, Class and The Racialized Outsider lies firstly in identifications of the complicity of some working class movements, people, and labour organisations in using the notion of the ‘racialized other’ as a tool of making – and grounding – the working class in ideas of nationhood and belonging, thereby securing a right of existence and equality for the working class (p. 6). Secondly, Virdee uncovers the vital roles played by non-English and non-white groups in movements crucial to the advancement of working class rights. In doing so, Virdee offers a far more nuanced understanding of the histories, trajectories, and constructions of the ‘English’ working class. Where this social history becomes especially pertinent is in its exposure of how racial ‘othering’ is deployed as a mechanism of class-making. In an environment where political Parties as diverse as UKIP and Labour exploit notions of ‘race’ and nation to make class-centric gains, Virdee’s laying bare of these strategies and their long-term, historical use feels incredibly pertinent. 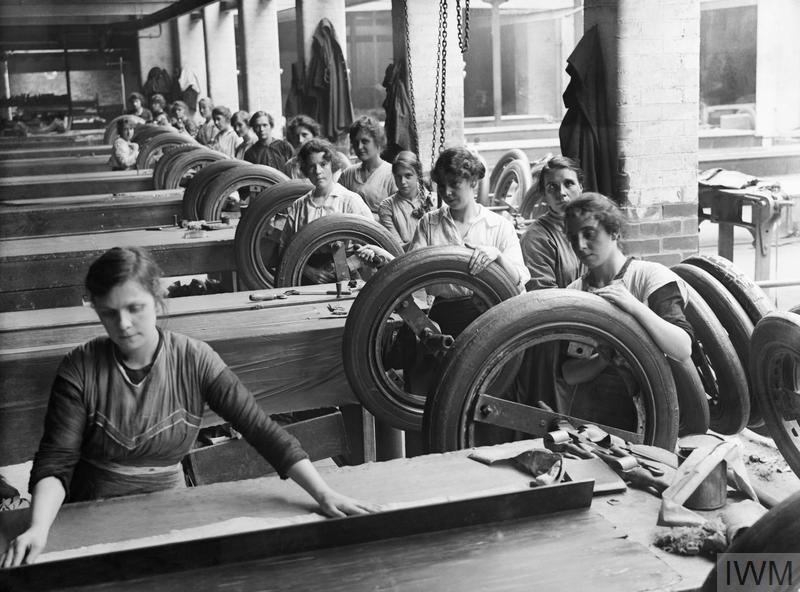