In Radicals, Revolutionaries and Terrorists, Colin J. Beck seeks to provide new conceptual tools through which to consider the potential overlap between notions of radicalism, revolution and terrorism. While elements of Beck’s argument are suggestive and promising, the book’s insights are often constrained by its overarching theory-driven methodology, writes Audrey Borowski. 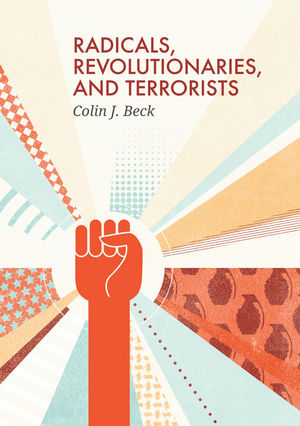 Radicals, Revolutionaries and Terrorists is divided into eight chapters, each focusing on different aspects of radicalism and offering a summary at the end. In it, Colin J. Beck, Associate Professor of Sociology at Pomona College, hopes to provide the reader with the appropriate conceptual tools with which to think radicalism, broadly re-interpreted along purely sociological lines, as ‘first and foremost a product of social processes’ (23). In light of the substantial overlap between radicalism, revolution and terrorism, he seeks to unify their study by considering them conjointly under the broader label of radicalism.

While this constitutes a valid and original avenue of inquiry, Beck unfortunately never quite manages to develop it successfully. Some elements are problematic from the very outset of the book, including his treatment of psychology which, in the very first few pages, he reduces to a question of psychological ‘abnormal[ity] or irrational[ity]’, and limits to the processes involved in the rationalisation of the use of violence. Such stances reveal a fundamental lack of understanding.

Beck often offers very good arguments, but fails to pursue them in any depth. Chapters sometimes read as aimless accumulations of literature reviews of the field and data, interspersed with a few sweeping generalisations here and there. This is bound to leave any reader frustrated. On leadership, Beck concludes that ‘effective radical movements do have effective leaders, but this is likely the product of the movement itself’, thereby ruling out the role of the individual altogether: ‘Radicalism is not the product of individuals, their characteristics or their psychology’ (35).

The book generally lacks nuance and depth, never quite succeeding in emerging from being a confused muddle, and at times even giving rise to contradictions. Discussing participation in radical movements, for instance, Beck states that ‘attitudes and actions are formed in the context of an individual’s position in the social structure and the social roles they occupy’ (25). A page later, he has reached the opposite conclusion: actually, ‘the most exhaustive studies […] tend to find little or no correlation between social background and participation in a movement’ (26). 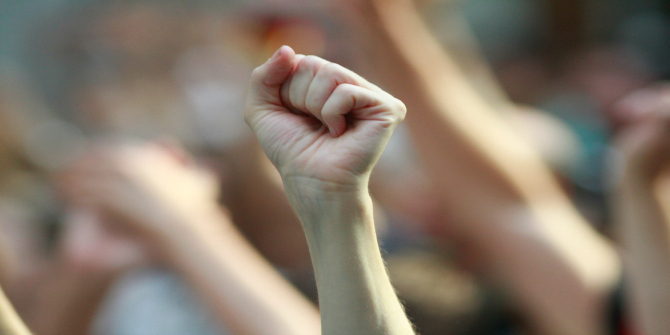 And yet, a number of elements in this book show great promise and, if developed properly through recourse to case study, would undoubtedly have shed fascinating light. One of these is the interplay between powerful social groups, intellectual classes and security services in revolutionary coalitions. Beck also introduces us to the ‘spill-out’ effect: that phenomenon whereby participants and resources shift from one movement to another, notably visible in examples such as the Earth Liberation Front or the Global Justice movement, on which Beck is an expert.

His study of ideology and its role in radicalism constitutes another missed opportunity. As Beck accurately notes, the content of revolutionary ideologies is not set in stone and tends to evolve over time, generally as a consequence of factional competition and societal culture. Beck also probes the correlation between regime type and political contention. For example, we learn that autocratic, personalist regimes that exclude large segments of society from the political system are more likely to fall apart when faced with oppositional challenges, especially on account of their narrower power base.

Beck also deploys the notion of ‘repertoires of contention’, originally formulated in the 1970s by sociologist Charles Tilly to capture the evolution of tactics over time as they lose their novelty and regimes learn to respond to them. It accounts, for instance, for the shift in terrorist practices from hijacking planes in the 1970s to kidnappings in the 1980s, and finally to suicide bombings today. As both repertoire and repression evolve together, a ‘repression-protest paradox’ can set in, leading to exacerbated violence and repression.

Case studies further exploring the above would have been most welcome and strengthened the author’s argument. Unfortunately, theory, patterns and models triumph over fact at the expense of historical context or flexibility, often amounting to a curiously static and stultified understanding that confines the argument to the superficial, and is bound to be inadequate in a fast-paced and unpredictable world.

In his discussion of the birth and evolution of the unifying concept of ‘political opportunities’, Beck inadvertently – and ironically – touches on the limits of this theory-driven methodology. In light of the incessant conceptual extension of this notion, he finds himself wondering ‘if political opportunities can be anything, then what use is there in thinking this way?’ (65). The solution, however, always irremediably lies ‘in […] theory development’.

It is worth considering how Beck intends to accommodate those aspects that clearly fall beyond the remit of social science theory, such as the recent phenomena of self-radicalisation and ‘lone wolves’. Beck barely mentions these, even though in an age of asymmetric warfare and religious extremism they will play an ever-increasing role in the years to come.

Maybe the scope of the book is simply over-ambitious and thus inevitably ends up being too generalising (the author himself recognises in the concluding pages of the book that he has used terms loosely, ‘often calling everyone a radical’ (159)). While it is undeniable that social science can provide valuable tools to help us decrypt radical processes, to simply reduce the latter to the former strips each movement of its intricacies as well as the fascinating collision of varied dynamics that helped to bring it about.

This book’s greatest flaw may lie in its inability to look beyond sociological theory and overcome the narrow strictures in which it has encaged itself. Beck never quite manages to escape the (overriding) concern about ‘how the theory might be improved’ (150), constantly testing and updating it in the pursuit of quantification and modelisation. This quest for scientific validity, graph and model at hand can only evoke the figure of Karl Popper and his famous injunction against those theories that could never be falsified.

After graduating from Oxford University with an M.St in Islamic Studies, Audrey Borowski is now doing a PhD in the History of Ideas at the University of London. She has just published an article exploring the ideological and philosophical differences between Al Qaeda and the Islamic State in Philosophy Now. 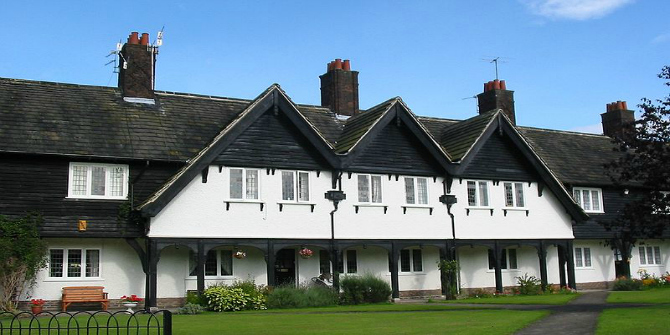