On the World and Ourselves is the second installment in the ongoing dialogue between Zygmunt Bauman and Stanislaw Obirek. Following the first volume, Of God and Man, this book explores not only questions of truth, but also goodness as Bauman and Obirek retrace their personal and national histories. While the book is partly a response to fundamentalism, nationalism, extremism and violence, Esther Adaire draws out the optimistic tenor of a discussion focused on openness and the readiness to learn from others.

If you are interested in this book, you may also like to read the review of Of God and Man, published on LSE RB in December 2015.

On the World and Ourselves. Zygmunt Bauman and Stanislaw Obirek. Polity. 2015. 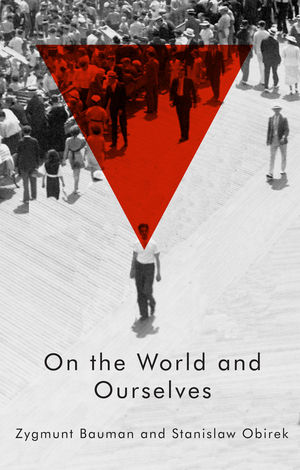 In the first installment of their ongoing dialogue, Of God and Man, Polish intellectuals Zygmunt Bauman and Stanislaw Obirek discuss the nature of truth, and the ways in which we are guided by what we believe to be true. Truth, they conclude, is a highly indeterminate concept. In On the World and Ourselves it becomes even more fragmented a notion when they ask themselves not only what people believe to be true, but also what they believe to be ‘good’ – and how, in turn, they justify their actions as such.

Having long ago been exiled from organisations they once considered to be ideologically correct, Bauman and Obirek attempt to retrace their paths through history – both personal and national – to salvage some of the fragments of truth and goodness that have been dispersed along the way. Immense ground is covered in the resulting discussion, but it will be of particular interest to anyone concerned with current affairs in Poland – from the lasting effects of communism to the rise of a brand of Catholicism that, Obirek worries, is becoming increasingly fundamentalist.

They begin the first chapter of their discussion, ‘Reveries of Solitary Walkers’, with the question: unde malum (whence evil)? Bauman argues against both religious and contemporary biogenetic explanations for the origin of evil, neither of which adequately address human agency. ‘Whether it’s the devil or biochemical processes that are charged with the true authorship of evil,’ he asserts, ‘the conclusions are strikingly similar: it is possible (indeed necessary) to pass the blame for evil, hitherto erroneously attributed to human will, to non-human factors independent of human choice’ (4). For the sociologist concerned with political power structures, the history of humanity is a history of choices, not a history of neurological processes or one of chance. Our motivation for such choices, Bauman grants, is often the belief that we are acting on behalf of what is good for all mankind. But he wonders at how often and how easily we relinquish our freedom of choice to group dynamics, allowing, for example, those such as Margaret Thatcher to convince us that ‘there is no alternative’ to schemes which leave thousands disaffected for the benefit of the few.

Obirek, in his response, notes that those who leave mass political movements in search of an alternative are too often labelled ‘renegades’ or ‘traitors’. However, the solitary walker faces a catch-22: without any social structure informing their notion of common morality, they must ask themselves: when does my notion of Good become someone else’s vision of Evil? And furthermore, ‘what am I to do if that boundary [between good and evil] passes right through me, one part of me accusing another?’ (57).

Bauman and Obirek share the experience of having asked themselves this question, and for each the answer was to leave the Communist Party and the Jesuit order, respectively. Reflecting on this in the second and third chapters of their discussion, ‘Tangled Identities’ and ‘Hic et Nunc’, they address the ways in which one’s cultural heritage comes to inform identity in the ‘here and now’. They are inspired by Polish author Wiesław Myśliwski’s 2013 novel The Final Deal, in which he, like Gustave Flaubert and Italo Calvino before him, attempts to organise a bulging notebook of fragments into some coherent retelling of his life story. They wonder if memory is at the heart of identity, but consider that memory is too often obscured by our imaginations. The here and now thus turns out to be quite indeterminate: a collection of fragments of truths, but no cohesive whole. 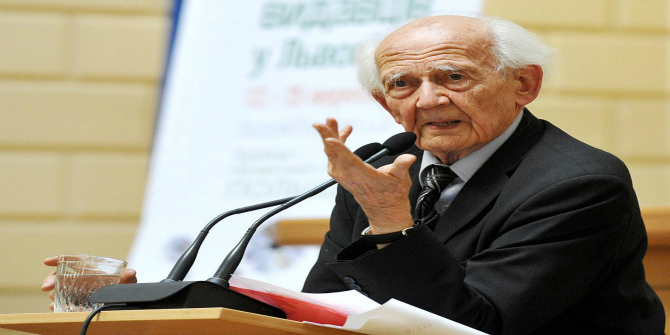 Bauman, ever the discerning sociologist, notes the liquid nature of historical memory: ‘Both the “past” and the “future”,’ he says, ‘are but projections of the same present’ (80). Likening the trajectory of history to the swing of a pendulum, Bauman asserts that due to the manipulations of despotic politicians, abuses of power and the omnipresence of nationalism at the fringes of society, we risk ‘fall[ing] into a temporary coma at every sharp turn of history’ (84). Obirek quickly agrees, having grown steadily more concerned with the manner in which nationalism – and a particularly Polish Catholic brand of nationalism – seems to be on the rise in football stadiums, on internet forums and in churches. ‘History cannot be ordered,’ he perceives, ‘and memory follows a logic other than the bluster and rant of the internet thug. Should we perhaps be looking into that deeper current – isn’t it there that the identity of our times is being fashioned?’ (85).

Of course, the shape of Polish history and Polish identity looks very different depending on from which hic et nunc one is observing; Bauman points out that, growing up Jewish, his Polish identity was often suspected of being stolen – and often still is, in Poland today. It is possibly this heritage that provided some impetus for his joining the Communist Party, yet over time patriotism and skinheads gradually denied his vision of a Poland of glasshouses. ‘The claim that Poland is defined by its Catholicism,’ he comments, ‘by the religion of God who is Love, looks increasingly like a grim mockery’ (111).

Perhaps the most valuable section of the book is Bauman’s self-reflection upon his reasons for initially joining the Communist Party, and his reasons for leaving. While he is at times inspired by the work of Hannah Arendt and would agree with her analysis of communism as aspiring to ‘total control’, he crucially resists throwing it and fascism into ‘the common sack of totalitarianism’ (140). For the difference between communism and fascism, he declares with a hint of personal relish, is that ‘amongst all the degeneracies of the Nazi/fascist system, one was lacking: hypocrisy – whereas communism lived by it’ (140). Having made so bold a statement, he proceeds to disclose a personal biography of his time as a communist, striving not to fall into hypocrisy himself by inventing any single reason for why he initially joined the party. ‘It was my choice and I take full responsibility for it,’ he says (141), determined not to pass the blame onto mere seduction or blindness.

It is at this point that one learns why Bauman seems so personally invested in the potential for negation in any search for truth, happiness or goodness: the big let-down of communism, among other things, was that it promised a socialist future that could have benefitted so many, only to attempt to get there via shortcuts, coups and falsifications. For Bauman, communism and fascism may always coexist somewhat on a dialectical axis: both saw him persecuted as a Jew. But for everyone else the lesson of the twentieth century is broader: quoting Arendt, Bauman warns us not to overlook ‘how very fundamental the feeling of revulsion and disgust can be towards a society imbued with bourgeois standards and ideology’ (142). When he thinks back to why he joined the Communist Party, he has only the vaguest recollection of misguidedly seeking a ‘normal life’ (148), whatever that might have meant at the time.

In sifting through their fragmented pasts, Bauman and Obirek are both reminded of the reasons for having sought answers in the ideologies to which they subscribed, arriving at the same questions that neither communism nor Catholicism have managed to solve. In the here and now, the rise of a neo-liberalism that merely serves the strong reminds Bauman that he is still a socialist. And for Obirek, the growing groups of young people in Poland who are subscribing to fascist ideology, tuning into a ‘quasi-Catholic’ radio station Radio Mary that ‘feeds on social anxiety and long-standing grievances’, remind him that ‘poverty is not just a theoretical question for [him] and [his] family’ (168). Rather, it is a problem he has lived through, one which he still believes can be tackled without extremism or violence.

There is hope, however: both men are optimistic concerning the message of Pope Francis and his praxis of dialogue, drawing inspiration from On Heaven and Earth, the interfaith discussion he published as Cardinal Jorge Mario Begolio alongside Rabbi Abraham Skorka. For Obirek this hope depends on a similar openness and readiness to learn from others, not to mention Polish bishops resisting the pull towards linking their religious ideology with political polemics, a possibility of which he remains unsure. But at the (as ever, open-ended) conclusion of this dialogue between two men with uniquely turbulent political and religious histories, such praxis seems eminently possible. ‘I believe in an alternative,’ Obirek concludes. ‘I believe in the transforming power of vision, which, as history teaches, sometimes becomes reality’ (181). 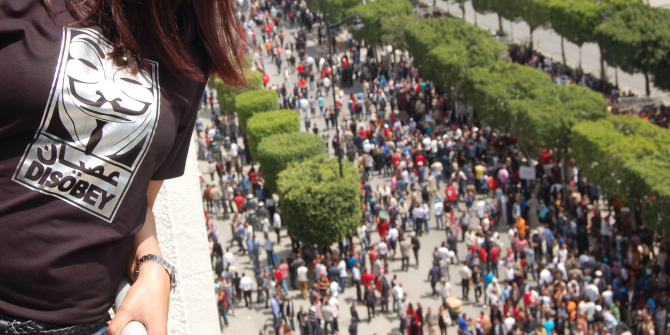 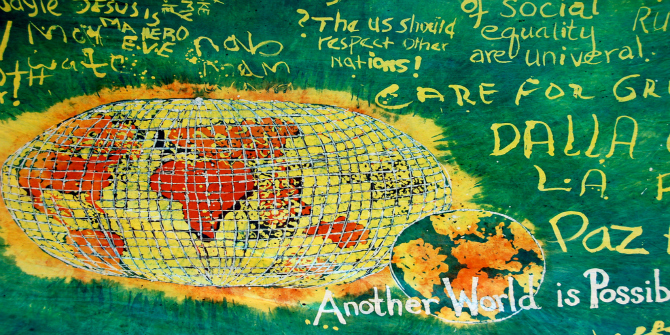 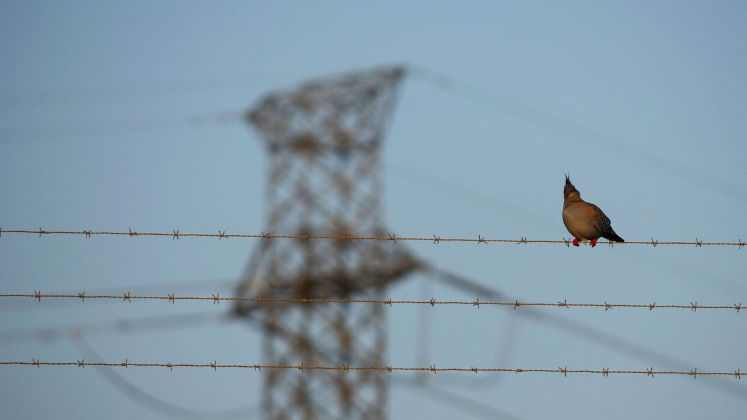