Most Read Posts of February 2016

This book contests the proliferation of various interpretations of Gramsci’s thought, instead arguing for a unified and consistent reading. As the authors directly connect Gramsci’s life with his scholarly output, this introductory book has value to those newly encountering Gramsci as well as experts already familiar with his theoretical importance, writes Sonia J. Wieser.

Do microfinance initiatives offer a panacea for poverty? This book presents a set of essays that examines the emergent problems in the microfinance sector. While the book will be of use to those wanting to understand how an apparent miracle cure now seems shrouded in crisis, Jason Hickel argues that the book does not fully explore the structural issues that render microcredit a fundamentally flawed means of enabling development and solving global poverty.

This book seeks to counter the Eurocentric tendency to see globalisation solely as a process of Western expansion by providing a comprehensive history of intellectual, physical and commercial exchange across The Silk Roads of Persia. Although the book does not quite live up to its ambition to present an overall history of the world due to its neglect of wider histories of the East, Lee Evans nonetheless praises the detail, zeal and passion that characterise Frankopan’s account.

If you are interested in this review, you may also like to listen to a podcast of Peter Frankopan’s talk with Professor Jerry Brotton for LSE Lit Fest 2016, ‘Looking Eastwards: Cultural Exchange with the Islamic World’, held on 25 February 2016.

Journalist Ben Judah returns to the city in which he was born, immersing himself in intermittently surreal and harrowing encounters in order to discover the various faces of contemporary London. While Judah’s decision to focus on the extremes at times neglects the richness enfolded in the stories of the Londoners whom he meets, Jenny McArthur nonetheless appraises the book as a worthwhile read that attempts to uncover the often unseen experiences of those living in the capital.

This book is a transcript of a conversation held between US New Atheist, Sam Harris, and Maajid Nawaz, a British Muslim reformer who runs the counter-extremist Quilliam Foundation. While this dialogue provides a nuanced discussion of how to confront Islamic extremism between two scholars approaching the issue from considerably different perspectives, Devan Hawkins questions the emphasis placed on ideological over political motivations.

On the World and Ourselves . Zygmunt Bauman and Stanislaw Obirek. Polity. 2015.

This is the second installment in the ongoing dialogue between Zygmunt Bauman and Stanislaw Obirek. Following the first volume, Of God and Man, this book explores not only questions of truth, but also goodness as Bauman and Obirek retrace their personal and national histories. While the book is partly a response to fundamentalism, nationalism, extremism and violence, Esther Adaire draws out the optimistic tenor of a discussion focused on openness and the readiness to learn from others.

If you are interested in this book, you may also like to read the review of Of God and Man, published on LSE RB in December 2015. Sophie Long also took us on a tour of Belfast’s Best Bookshops.

The Long Read: The Writing and Re-Writing of Joseph Stalin and His Regime: A Critical Comparison of Two Biographies.

February was LGBT History Month. This book offers a volume of essays that explores queer activist communities in China, traversing such themes as media representation, queer filmmaking and film festivals and autoethnographic methodologies. This collection weaves together academic research, activism and everyday life in order to present the diversity of queer Chinese politics, acting as a valuable point of dialogue with Euro-American queer theorisations, writes Denise Tse-Shang Tang.

Coming Up in March… 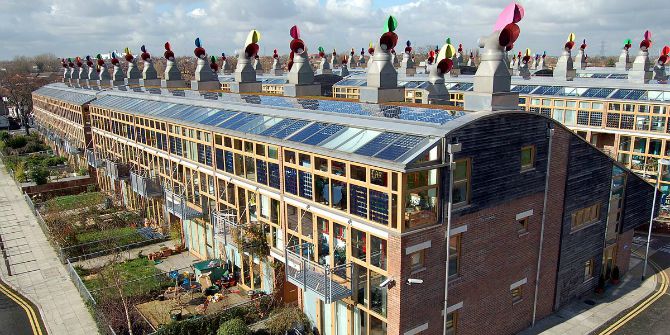