In Radicalized: New Jihadists and the Threat to the West, Peter R. Neumann explores the phenomenon of the ‘new jihadists’ travelling from the West to join and/or train with ‘Islamic State’ and reflects on the scale of the threat this poses to Western nations. While more on the role of women within the movement and analysis of a wider range of European examples would have been welcome, this meticulously researched and engagingly written book is highly recommended by Jennifer Philippa Eggert. 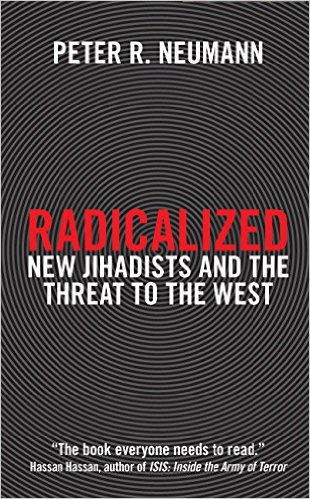 There are not many topics that have dominated international headlines in the last two years as much as ‘jihadism’ in general and the so-called ‘Islamic State’ (IS) in particular. In addition to numerous news reports, a number of books have been published on the topic. Radicalized: New Jihadists and the Threat to the West, Peter R. Neumann’s new book on IS and the latest generation of Islamist terrorists, is one of these. While many books on IS are written by journalists, Peter R. Neumann is Professor of Security Studies and Director of the International Centre for the Study of Radicalisation (ICSR) at King’s College London and one of the leading scholars on terrorism and political violence.

Radicalized aims at shedding light on the threat to the West posed by IS jihadism, which Neumann calls the fifth wave of modern terrorism. By situating the phenomenon in the context of previous forms of violence, Neumann points out that it is not inherently different from the previous four waves as described by David Rapoport, one of the ‘founding figures’ of terrorism studies: namely, anarchist, anti-colonialist, new leftist and religious terrorism. In fact, Neumann describes IS jihadism as a continuation of the fourth wave, which includes other Islamist terrorist groups such as Al-Qaeda. By doing that, he avoids a mistake made by some who view this movement around IS as something entirely new and unique.

Neumann’s book consists of two parts. In the first section, he analyses these previous four waves of modern terrorism, while the second part examines the phenomenon of the so-called ‘Islamic State’ and the threat it poses to the West. In the latter section, Neumann analyses the history, ideology and organisation of ‘Islamic State’ as well as its key members and supporters, before giving an overview of recommended strategies to counter the movement. Of particular interest are Chapters Three and Four in which Neumann focuses on the role of foreign fighters and the Salafi sub-culture from which the vast majority of the group’s fighters are recruited, and Chapter Five in which he explains the ‘American exception’ or why US Muslims seem to be less susceptible to jihadism than their European counterparts. 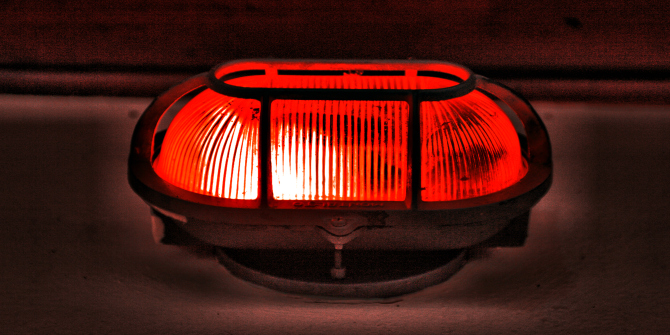 These three chapters, and the book in general, convince through the meticulous research on which they are based. At a time where many publications on terrorism in general and IS in particular seem quickly put together rather than carefully researched, the research underpinning Radicalized makes this book stand out. The index and tables at the beginning and end of the book are a welcome addition: the map showing the number of foreign fighters from different countries helps visualise the problem. Neumann also succeeds in conveying the complexities of the group, the movement and sub-culture surrounding it through a highly accessible writing style, which makes this book an easy read even for readers not familiar with the topic, while still providing sufficient material to avoid boring anyone who actually has a background in conflict or terrorism studies.

Within the book, Neumann discusses the different roles and backgrounds of both IS members and supporters as well as Salafi sub-culture in detail. The importance of differentiating between different kinds of IS members and supporters cannot be stressed enough at a time when violent extremists, their supporters and those sympathising with the movement without directly supporting it are often lumped together. It thus very much speaks for the book that Neumann emphasises the dangers of such analytical inaccuracy, which can lead to demonising an entire group of people who have not actually broken any law but who can, as a consequence of poorly defined and implemented counter-extremism strategies, become radicalised further.

Neumann’s book also contains a section on the roles of women. This is commendable as many publications on conflict and terrorism tend to view women solely as victims of political violence, without taking into account the multiple roles women play in most violent political conflicts and groups. Unfortunately, the information provided on women in IS in the book is not very detailed and leaves out some facts which might have been interesting to the reader – such as the extent to which women have been involved in perpetrating violence, both in jihadist groups in general and IS in particular. On the other hand, this is probably the price one pays when trying to keep an analysis concise – not every detail can always be included.

It is also worth noting that Neumann is a German scholar based in the UK; Radicalized is the revised version of a German-language book he published on the same topic in 2015. While this provides the readers with insight into the situation in both Germany and the UK (as well as a number of other countries that Neumann refers to in his analysis), it sometimes feels that these dominate. Germany and the UK are two of the biggest countries currently in the European Union, they both have active Salafi movements and relatively high numbers of foreign fighters in Syria; however, the book would have benefited from including more examples relating to other European countries.

Overall, Radicalized is a useful and enjoyable read that will be of interest both to students and researchers of political violence, terrorism and the Middle East as well as practitioners working on countering violent extremism. The highly engaging style in which the book is written means that it will be accessible even to interested members of the public with no background in terrorism studies. One can only hope that more people turn to books like Neumann’s – books based on research rather than assumptions – and listen to what their authors have to say as the threat posed to the West by jihadism and IS can only be countered with a clear head and informed mind.

Jennifer Philippa Eggert is a PhD Candidate at the Department of Politics and International Studies at the University of Warwick. Her doctoral research focuses on female members of the militias operating during the Lebanese Civil War, but she has also published on women fighters in IS and Al-Qaeda in Iraq. Jennifer speaks regularly on women and extremism, the prevention of terrorism and intercultural relations. She also works as a facilitator of counter-extremism and community engagement training. She tweets as @j_p_eggert.

Posted In: Africa and the Middle East | Europe and Neighbourhoods | International Relations | Law and Human Rights | Politics | USA and Canada