The International Criminal Court’s regulatory regime was introduced in response to instances of misconduct experienced by other international and domestic criminal courts. This book considers how International Criminal Tribunals for the former Yugoslavia and Rwanda and the Special Court for Sierra Leone have coped with misconduct, often resulting in controversy. The book also looks at the approaches that have evolved in Germany and the United States, reflecting the different role of defence lawyers in the civil and common law criminal justice traditions. Kristen Perrin finds that this book has a place as an in-depth analysis and thorough reference on the subject of counsel misconduct before international criminal courts.

During the course of its life, the International Criminal Tribunal for the former Yugoslavia (ICTY) has been faced with several issues concerning the seriousness of its powers and the efficiency of its evolution. While most of these issues are buried within transcripts and processes that are not readily apparent, the question of how defence counsels behave is much more visible. Since its inception, the ICTY has been faced with several instances where defence counsel were accused of submitting false documents, manipulating witnesses and revealing the identities of protected individuals to journalists, the court, or the wider communities.

These are very serious accusations, and the Tribunal has since been faced with the challenge of defining for itself a set of definitions and regulations for criminal contempt – something on which the Tribunal’s Statute is interestingly silent. While rules 44-46 and 77 (Rules of Procedure and Evidence) do address this, the ICTY still needed to establish the legal platform under Tribunal law, and it did this by turning to a number of precedents and sources from the wider international legal arena.

Lawyer Till Gut opens his book Counsel Misconduct before the International Criminal Court with the ICTYs issues on this topic, before comparing the treatment of misconduct before the International Criminal Tribunal for Rwanda (ICTR), and the Special Court for Sierra Leone (SCSL). Comparing similar issues across a variety of courts is a particularly strong introduction to what is at stake in these courts when it comes to misconduct, and places the reader in the comparative mind-set early on. His assessment of the different approaches to counsel misconduct is well-balanced in this comparative aspect, and he takes the view that in order to fully understand the ICC’s approach to this issue, one must first look at the approaches of the Tribunals before turning to examples of the legal responses that national courts have made (he chooses the US and Germany for his case studies here).  In this way, he supports the notion that innovation is a cumulative process, and the law is no exception.

When tackling the ICC’s system, Gut methodically breaks down the measures in place to guard against counsel misconduct, and the Rules and Articles under which these measures fall. Particularly interesting is the section on punishment and the legal consequences of these offences, as this places the seriousness of these behaviours in context. The ICC’s approach to methods of punishment for professional conduct places emphasis on resolving these issues in ways that keep the priorities of seeing justice done close at hand. Counsel misconduct impacts not only the victims and communities seeking justice, but the rights of the accused as well. Certain measures of punishment, such as ordering a stay of proceedings, may not lead to desired outcomes. In this way, sanctions and punishments imposed must be carefully handed down so as to preserve the workings of the Court in terms of its primary goal: the implementation of justice.

While this title is primarily suited as a reference for students and professionals in the international legal sphere, the reasons behind examining the processes governing counsel misconduct extend beyond the discipline and into understandings of what it means to impose justice on a global scale. Although the book does not directly attend to this, the ideas lurk below the surface nonetheless.  The effectiveness of justice on both a national and international scale is often assessed through the strength of due process. This is only logical, as assessing a concept as vague as ‘justice’ is always fraught with difficulty, and the most measurable elements of judicial bodies are the mechanisms through which individuals are tried.

With international tribunals and criminal courts, the global visibility of these bodies gives the controversies and confusions associated with bringing to justice those who have violated international law a new depth. When individuals are brought before international courts to answer for crimes relating to past or on-going conflicts, the political implications of the effectiveness of the courts add another layer of significance to proceedings. Those seeking a more broad look at the implications and reasons for counsel misconduct may find this book wanting – there is potential for Gut to spend more time putting his extensive legal discussions into context, although he does attempt this from time to time. However, this book still has a place as an in-depth analysis and thorough reference on the subject of counsel misconduct before international criminal courts, and does well to track the evolution of these processes because their implications on the strength of these courts is pivotal. In many ways, it can therefore be seen as an analytic cornerstone for further contextual research. 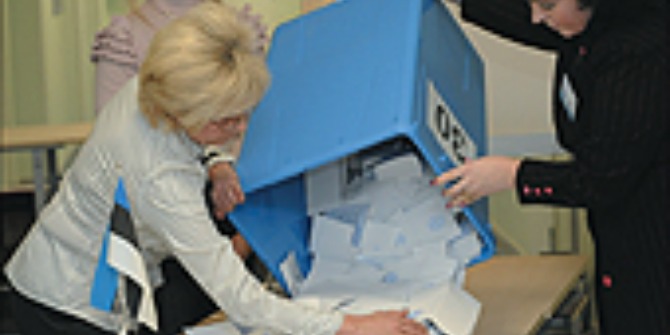