How has the digital era changed notions of ownership? In The End of Ownership: Personal Property in the Digital Economy, Aaron Perzanowski and Jason Schultz explore how digital products are typically licensed rather than owned and defend the continued importance of personal property in the digital economy. While Christopher May is somewhat frustrated by the exclusive focus on US law and the lack of engagement with political economy, there are interesting details in this book for those looking to reflect on how digital content delivery has transformed notions of ownership. 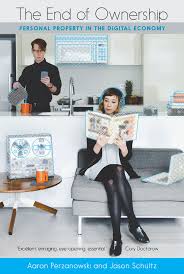 Really, I should have liked this book as it deals with issues about which I have been thinking for many years, parallelling (without citation) the arguments I previously made about digital rights management (DRM). However, as I have pointed out in reviews on this site and elsewhere, despite the global reach and de-territorialisation of the new/digital economy, US-based writers often imply that little of interest or significance happens outside their own country. Thus, the account this book offers of the important development of intellectual property law in the virtual/digital domain recognises some historical precedents in copyright and patent law in the history of English law, but this concern is limited to its early history in the seventeenth and eighteenth centuries; for contemporary legal developments, there is only US law to worry about! On one level, one might accept that US law has been instrumental in shaping digital economic developments, but equally, as the debates about privacy and Google’s requirement to exercise a ‘right to be forgotten’ suggest, developments in European law have also had some impact.

Leaving aside this myopic analytical approach, what do Aaron Perzanowski and Jason Schultz tell us about the digital and/or ‘sharing’ economy? At the heart of their analysis is the distinction between the exhaustion of rights in the world of physical products and the domain of the digital. This is to say, the argument is built on the difference between your rights as a consumer subsequent to purchasing a physical artefact and your (lack of) rights when such a transaction takes place digitally. So, once you have bought a physical book, the rights of the copyright owner in its physical form are exhausted. Hence, for centuries there has been a thriving market in second-hand books with no ability of copyright owners (publishers or authors) to control this secondary market. Likewise, for all sorts of goods from music recordings to technological products, once sold in their physical form the initial rights are exhausted and the new owner is able to use, dispose or do what they want with their purchase (within other social and legal limits, of course). However, as the authors point out, this is very much not the case in the digital realm. 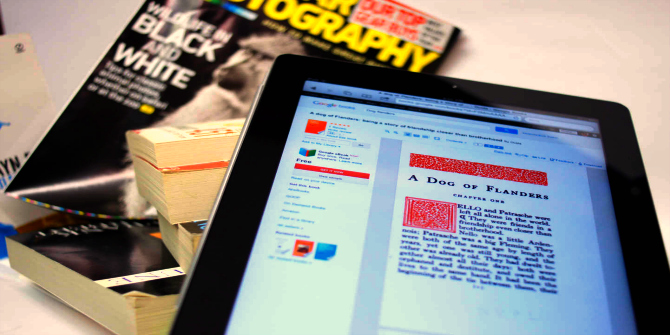 While the authors conclude that the old system of individualised property rights served the old economy well, and as such what is needed is legal action to move the ‘sharing economy’ (back) to this preferred ownership model, there is little discussion about how this might happen other than through judicial activism, which is to say the book really lacks any account of political agency. In my own discussion of these issues, I deployed Karl Polanyi’s notion of the double movement to argue that there was a clear normative move to reject through non-compliance the sorts of shifts that Perzanowski and Schultz focus on. Here we might identify organised ‘piracy’ through peer-to-peer sharing sites, but also the challenge mounted by open source/open access activists to the proprietary models on which much of the business described in this book rests. Likewise, usage of sites like Academia.edu and other research communication portals has offered researchers opportunities for widely (and freely) disseminating formally copyrighted versions of their own work, forcing journal publishers to adopt a range of compromises on what versions of publications might be shared and when. Thus, lurking behind the authors’ account in places is the recognition that consumers have not been merely dupes taken for a ride by the sharing economy, but have at times adopted practices of resistance that have prompted strategies of compromise and the rebalancing of rights. 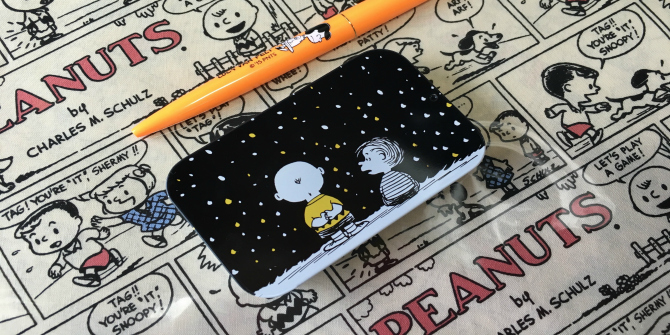