In The Power Triangle: Military, Security and Politics in Regime Change, Hazem Kandil utilises Egypt, Turkey and Iran as case studies through which to understand regime dynamics that enable movement between revolution, reform and resilience. Hesham Shafick praises Kandil’s account as the work of an exemplary scholar that makes a crucial theoretical contribution to the study of regime change by showing it to be a continuous phenomenon implicated in both turbulent and stable regimes.

This book review has been translated into Mandarin by Giulia Valeri and Edward Zuo and proof-read by Fei Yuan (Mandarin LN808-2, teacher Fei Yuan) as part of the LSE Reviews in Translation project, a collaboration between LSE Language Centre and LSE Review of Books. Please scroll down to read this translation or click here. 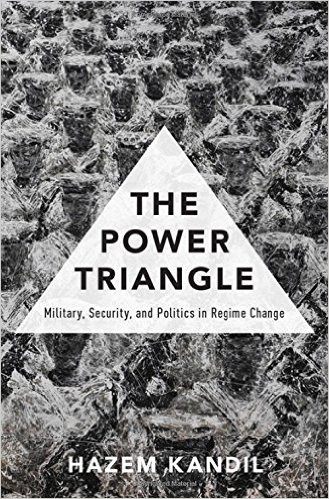 The recent uprisings in the Middle East revived three main approaches to studying political regimes. The first propagates the possibility of revolution, citing such examples as Tunisia and Egypt. Another is concerned with its impossibility: in other words, with the resilience of authoritarianism, drawing on cases of revolutionary failure in Iran, Syria and Bahrain among others. A middle ground was also put forth by students of ‘reform’, following on from George Lawson’s cutting-edge Negotiated Revolutions (2004), utilising cases like Morocco, Jordan and, of course, Turkey.

These three streams, however, often change positions. Taking Egypt as an example, from 2005-10 it was considered a case of negotiated reform. In January 2011, Egypt became a celebrated case of revolution. Two years later, a brutal coup put an end to those ambitions, and the country instead became a case of authoritarian resistance. The future is uncertain: literature on the Egyptian regime might keep going in circles between revolution, reform and resilience forever. The result is a library of swinging accounts, each describing the volatile situation of the regime in momentous snapshot but none comprehensively interrogating the power dynamics that construct such a ‘seesaw’.

Hazem Kandil’s book, The Power Triangle: Military, Security and Politics in Regime Change, fills this void, at least with regards to three of the aforementioned cases: Egypt, Turkey and Iran. This review will conclude by briefly highlighting his findings relating to each. But the main concern is the book’s theoretical contribution: that is, exposing regime dynamics through which the interchange between revolution, reform and resilience is made possible and plausible.

Utilising Bourdieusian social analysis to deconstruct the state, Kandil re-emphasises Jack Goldstone’s assertion that stability is as problematic a phenomenon as revolution. The variety of competing institutions within any regime makes it more of a contestation field than a unified front. Of course, common interests hold competing institutions together but there will always remain divided interests. Therefore, as Pierre Bourdieu succinctly puts it: ‘[state agents are] both accomplices and opponents – accomplices in the use of power, and opponents in competition’ (Bourdieu 2014 in Kandil 6). Thus, institutions ‘scramble to dominate the regime’ while making sure that the ‘regime itself is not destroyed in the process’. ‘Of course, sometimes they fail […] these are the mistakes that make radical change possible’ (6). Very rarely do they succeed in keeping the regime intact without manipulating and reorganising standing power arrangements. 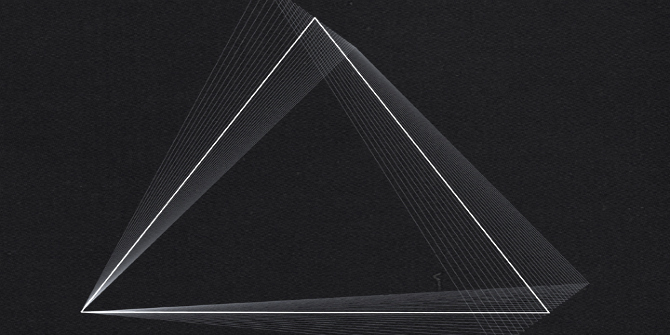 In normal situations, regimes reform and reshuffle. In failure situations, revolutions occur. In the unusual cases in which internal contestations are absolutely absent, the regime is truly resilient. The latter, however, is hardly possible, for even if contestation is not there, the possibility of it suggests continuous reform and reshuffling. A volcano remains a volcano even when dormant, and a (possible) coup remains a coup even if inactive. Both require cautionary measures or may have drastic repercussions. In this sense, regime resilience is in practice a lowkey regime change. Regime change is the norm.

In the upper echelon of institutions lie the three major regime powers – the military, the security and the politicians. The first holds the armed power; the second intelligence power; and the third administrative power (in Weberian terms). Other powers, like the economic and the popular, manifest themselves forcefully within those institutions, but do not have the capacity to foster regime change except through one of the three. Ripped to its bones, the state is an apparatus of coercion and administration, and those two functions can be executed solely (albeit not most efficiently) through the three main institutions. By extension, they hold the power to bring the state to a standstill, thus enforcing regime change.

It is through the study of the struggle between these institutions that regime change in its variant forms can be illustrated. This struggle, however, is not always as obvious as a revolutionary moment. This explains why revolution grasps the majority of attention in regime change literature: it is particularly instrumental in fleshing out how power balances are crystallised within a given regime. Yet the study of this crystallisation moment is not sufficient to demystify how a particular power distribution is made possible at a specific point in time. More importantly, it is not sufficient for speculating as to how this power balance will develop and its future implications. Only a longitudinal study of the regime’s genesis can do this.

Kandil’s genesis of the regimes in Egypt, Turkey and Iran achieves those two goals successfully: first, it demonstrates why Egypt ended up as a police state, Turkey as a militarily ‘protected’ (and limited) democracy and Iran as a popular theocracy. There is not a particular causation that can be singled out in any of the three cases, but an amalgamation of collisions, collusions and historical contingencies played in favour of a particular balance of power between the three main power institutions leading to one form of state or another. Nonetheless, ‘the domination of one or more forms of power (politics, military, etc.) is always temporary because any crystallization produces conflict’ (5). Scratching beneath the surface of the regime type is therefore essential to understand what might follow next. This is the second empirical contribution of Kandil’s genesis.

If there is one main thing that Kandil should be praised for, it would be his ability to brilliantly speculate on future events. In Soldiers, Spies and Statesmen: Egypt’s Road to Revolt, Kandil suggested a possible military coup in Egypt if the military could not manage to find a ‘tamed’ ruling partner. The coup happened before the release of the book reviewed here. Here, he makes a more impressive speculation, this time concerning Turkey. Not only does he anticipate a military coup against Erdogan, but even the possibility that the security forces can help Erdogan overcome this (220) – exactly what we witnessed several months after the book’s publication. As for Iran, Kandil points at the ‘Revolutionary Guard’ as the ‘meta-institution, which […] could override all other regime institutions and transform Iran from a popular theocracy to a military dictatorship, or worse, a police state’ (130). There are no signs of this yet, but it remains a conceivable possibility.

Admittedly, chance plays a big role in demonstrating Kandil’s prudence just as it plays a key role in bringing one sort of political possibility to bear over others. Yet beyond this contingency, which is incorporated into Kandil’s model, his illustrative powers also lie in his detail-driven account. Unlike models that deal with revolution, reform or resilience as the singular norm, Kandil approaches the three as different sides of the same triangle. This triangle is ‘regime change’: a continuous phenomenon that defines both turbulent and stable status quos. Dissecting the ‘power triangle’ and studying each angle as both an autonomous institution and part of the wider regime constellation, Kandil identifies the complicated struggles beneath the surface unity of the regime. As such, he can see the vulnerability even within the strongest regimes (Turkey) and, inversely, the potential for contingent consolidation in the most trembling (Egypt).

The book is an extension and a constellation of the works of an exemplary scholar. Like his previous studies, it is a key reference for a historical sociology of Middle Eastern politics. But this book thereotically exceeds Kandil’s others in placing the three Middle Eastern cases within a wider context, suggesting the ‘power triangle’ as a generalisable analytic apparatus through which revolution, reform and resilience can be illustrated.

However, this aspiration for generalisation, although implicit, is also one of the few problematic aspects of the book. It is indeed a possibility – but asserting this requires further empirical interrogation, perhaps into more established democracies and countries with less militarised histories (such as in Scandinavia) and regimes where the economic dimension has been more definitive than the political in their genesis (Switzerland). Nonetheless, there is no doubt that Kandil’s model, as it stands, can be fruitfully applied to a plethora of nondemocratic states throughout the world. To expand it further, more work is required, which I hope Kandil will pursue. 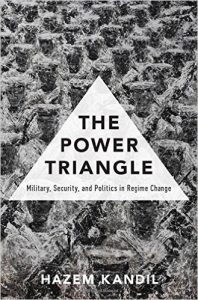