In Democracy Protests: Origins, Features and Significance, Dawn Brancati examines the conditions under which citizen discontent with governments transforms into democracy protests, placing particular emphasis upon the role played by economic crises. Drawing upon an original dataset based on 180 states between 1989 and 2011, this is a significant contribution to better understanding the factors and dynamics behind democracy protests, writes Tevfik Murat Yildirim. 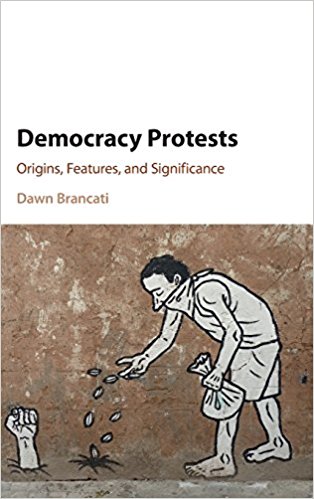 Democracy protests have spread across the world as a growing number of countries have entered what scholars of democratisation call the ‘gray zone’: a term broadly used to define minimally democratic regimes. Many of these are mistakenly considered to be in transition towards democracy due to the promotion of minimally democratic institutions, while discontent with authoritarian politics among citizens increases. Dawn Brancati’s latest work, Democracy Protests: Origins, Features and Significance, is an important attempt to explore the conditions under which citizens’ increasing discontent with governments turns into democracy protests and brings about democratisation in authoritarian regimes.

In the book, Brancati adopts a mixed-method approach, in which she benefits from both statistical and qualitative evidence to support her hypotheses. For the empirical investigation, she has put together a novel dataset of democracy protests that occurred in 180 states between 1989 and 2011. Brancati’s qualitative analysis differs from most book-length projects adopting mixed methods in that it does not offer an in-depth understanding of democracy protests in a number of selected countries; instead, the author provides the readers with brief examples of how economic grievances translate into democracy protests. More focused and detailed comparison examining democracy protests in theoretically relevant country cases could have made Brancati’s study more compelling.

A large body of research in comparative politics has emphasised the importance of the definition of democracy: how one defines democracy can significantly change one’s statistical findings. Following the insights produced by political scientists such as Adam Przeworski, Steven Levitsky, Lucan A. Way, Jan Teorell and many others, Brancati pays careful attention to this as whether one prefers a minimalist/maximalist definition has crucial implications for the study of democracy protests. In this book, the author defines democracy ‘in a minimal sense in which there are no significant legal or nonlegal barriers preventing political parties, candidates, or voters from participating in elections’ (5). Consequently, protests related to maximal definitions of democracy, such as demands regarding human rights, were excluded from the analysis. This is an appropriate decision as Brancati primarily seeks to shed light on anti-regime protests, which are ‘mass public demonstrations in which the participants demand countries adopt or uphold democratic elections’ (5). 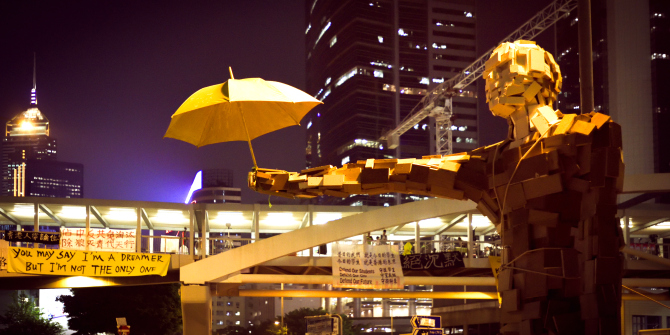 Other coding criteria for democracy protests are the length and target of these events. Anti-regime protests that had the same target, demands and organisers and that were separated by no more than three months were coded as a ‘democracy protest’. As the author herself admits, three months is an arbitrary period of time that does require more explanation in the text: we do not know, for instance, if the statistical results change once the coding criteria changes from three months to one month.

What, then, are the defining characteristics of democracy protests? Brancati’s original dataset reveals that the majority of democracy protests have been organised by opposition parties and their supporters, with civil society groups playing a secondary role. Democracy protests are more likely to take place in cities than in small towns, not likely to last longer than ten days and are most commonly about electoral malfeasance and electoral competitiveness.

Economic crises are also at the core of Brancati’s theory of democracy protests. The author argues that:

At first glance, Brancati may be criticised for stating the obvious: a received wisdom in the literature on voting behaviour is that incumbency support is highly contingent on voters’ economic evaluations. In the absence of competitive elections, voters need to display their anger outside the electoral arena, which in turn make democracy protests more likely to occur.

One explanation that Brancati provides is that these indicators:

are likely to underestimate the effect of crises for several reasons. First, the indicators represent the economic conditions in countries one year prior to any protests. As a result, the analysis does not distinguish between short-lived and prolonged economic crises (83).

Another explanation is that the analysis does not seek to address more complex relationships or interactions between economic indicators and democracy protests as ‘including higher-level interactions in the analysis to represent these relationships, while possible, demands too much from the data’ (83). Whether these are convincing explanations for modest substantive effects are open to debate; however, it is still clear that there is a statistical association between objective economic indicators and democracy protests.

Brancati’s next goal is to explore the conditions under which democracy protests lead to democratisation. As her dataset reveals, although authoritarian governments in general rarely made political concessions to democracy protests between 1989 and 2011, democracy protests were significantly associated with democratic transitions when they attracted a large number of participants. Other factors, such as economic inequality and capital mobility, were found to have no statistical association.

Despite its individual weaknesses, Democracy Protests provides readers with a broad and consistent picture of democracy protests in authoritarian regimes. Utilising an original dataset, Brancati’s work is a significant attempt to explore the characteristics and dynamics of democracy protests. We are still far from reaching a consensus over causal links between political, economic and social factors and democracy protests, but this study can be considered an initial step in better understanding these events.

Tevfik Murat Yildirim is a PhD candidate in the Department of Political Science at the University of Missouri and co-director of the Policy Agendas Project-Turkey. His research focuses on parliamentary politics, representative democracy and elite behaviour. 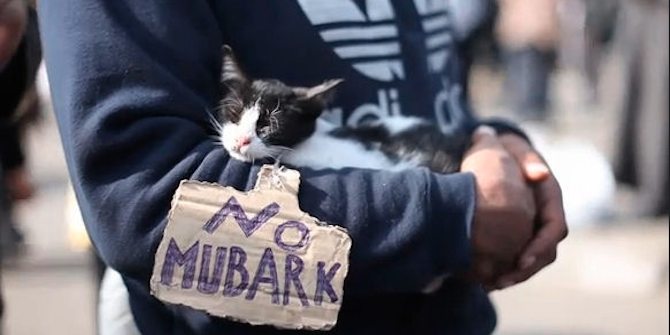 Book Review: An Island in Europe: The EU and the Transformation of Cyprus, edited by Lindsay, J. et al