In Welfare, Inequality and Social Citizenship: Deprivation and Affluence in Austerity Britain, Daniel Edmiston offers insight into how austerity and inequality impact upon citizen identities, showing that low-income individuals are excluded from dominant narratives of citizenship. Heather Mew recommends this structural account for evidencing how austerity in the UK is intensifying the gulf between social and welfare rights available to low- and high-income citizens. 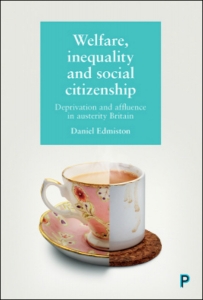 Daniel Edmiston’s Welfare, Inequality and Social Citizenship provides much-needed insight into how both low- and high-income individuals navigate citizen identities. Edmiston’s research conclusions draw upon interviews conducted with ‘deprived’ and ‘affluent’ participants in Leeds between 2011 and 2015, combined with secondary analysis of British Social Attitudes survey results. He uses this data alongside T.H. Marshall’s definition of citizenship as ‘the right to a modicum of economic welfare and security’ and ‘the right to live the life of a civilised being according to the standards prevailing in society’ (1950: 10-11), to convincingly demonstrate how low-income individuals are excluded from the dominant narrative of citizenship and therefore are less able to exercise their citizen rights. That Edmiston also focuses on the top twenty per cent of earners is welcome, and his book highlights how issues of poverty and inequality cannot be resolved if we continue to ignore who benefits from their existence.

In Chapter Two, Edmiston identifies two types of citizen: the validated active citizen and the residual contingent citizen. Validated active citizens are affluent individuals involved in socially- and economically-valued paid employment, and their citizen identity and sense of belonging are validated by the state. Despite being in the top twenty percent of UK earners, they receive an average cash benefit of £2643 per year from social security benefits. However, Edmiston highlights that, in spite of this, validated active citizens do not view themselves as being in receipt of social security or benefitting from the welfare state. In contrast, residual contingent citizens, who are often unemployed or undertaking unpaid socially reproductive work, are viewed as being dependent on the welfare state, despite seeing their cash benefits fall from 61.2 per cent of their income in 1977 to 51.6 per cent in 2016. Edmiston argues that the dominant political and social paradigm of linking citizenship entitlements to full-time paid employment ‘invalidate[s] a sense of belonging or legitimacy’ (40) for residual contingent citizens. Furthermore, he highlights how the increasing precarity of low-paid work as a result of austerity has made it harder for these individuals to ‘earn’ full citizenship. 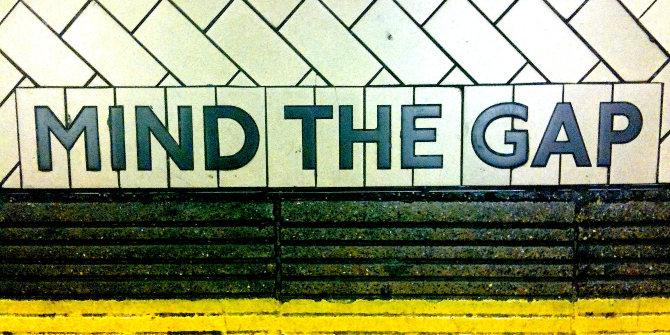 The discussion in Chapter Four is particularly interesting, where Edmiston argues that the material position of affluent individuals makes them less aware of the ‘systematic features shaping socioeconomic life’ (69). As a result, he claims that affluent participants displayed a ‘relatively weak sociological imagination’ compared to their poor counterparts; or, rather, they demonstrated an inability to connect personal and individual issues with wider society and structures. This is important because if political solutions to poverty and inequality are largely determined by the rich (reflected in the demographics of MPs and poor voter turnout amongst low-income individuals), then policies will fail to address the structural causes of these issues. Edmiston also suggests that a failure to address inequality is perhaps intentional and ideological as liberal conceptions of citizenship encourage a certain degree of inequality to promote competition and market growth. As a result of these two important factors, I am inclined to agree with his concluding statement that the input of affluent individuals ‘hinders rather than assists effective policy development’ (156) in the area of poverty and inequality.

In Chapter Seven, Edmiston asks how the structures underpinning austerity and inequality can be reformulated in a way that does not favour the worldview of, and actively benefit, the rich. In response to this, he offers a ‘range of measures that could help to increase awareness of structured inequalities and galvanise public commitment to tackling its deleterious causes and effects’ (158). One suggestion is increased non-partisan education about the structural causes of poverty and inequality as key to changing public attitudes, with a focus on the unequal inheritance of wealth and accumulated capital of those at the top. By turning the spotlight on the ‘winners’ of austerity and inequality, Edmiston suggests that it is not the responsibility of low-income people to simply earn more, but rather for wealth to be (re)distributed more equally.

Edmiston also highlights that, despite research suggesting greater support for policies targeting poverty and inequality among low-income individuals, they are less likely to vote in general elections. This biases policy decisions towards the worldview of the rich, with Edmiston arguing that ‘inequality in representation breeds inequality in life chances and outcomes of those already marginalised’ (166). However, I question the impact that simply increasing low-income voter turnout could have on poverty and inequality: if affluent individuals lack the sociological imagination to link poverty to wider structural issues, and a basic salary of £77,000 automatically places all MPs in the top five per cent of UK earners, I am sceptical of their ability to effectively address the systematic causes of poverty and inequality, even if given a more representative mandate.  For me, this problem requires a more radical rethink of the political structures in the UK, and a potential avenue for future research could be an exploration of what a political system designed to work for all citizens would look like.

In the concluding chapter, Edmiston makes a note for academics to ensure that their research reaches those who ‘matter’, including ‘those who are currently marginalised or disengaged from public and political debate’ (178), and highlights the importance of using language which ‘resonates across the polity’ (179).  For me, this is an important point for all academics to consider as I question the usefulness of research if it doesn’t speak to those who are being written about. It is a shame, then, that at times Edmiston’s use of jargonistic language made Welfare, Inequality and Social Citizenship a difficult read and distracts from important points being made. The frequency with which I had to pause reading to find the definition of a word not only interrupted the flow of the book, but also detracted from what is otherwise a novel and much-needed piece of research.

Welfare, Inequality and Social Citizenship adds a vital contribution to literature surrounding austerity and inequality in the UK, and Edmiston’s focus on the top twenty per cent of earners effectively makes the point that poverty cannot be solved by focusing on those at the ‘bottom’ alone. His imperative for increased education about the unearned wealth of those at the top, alongside an advocation for redistributive policies in response to poverty and inequality, makes for a politically charged read, and I fail to see how any reader would not feel angry at the idea that ‘social rights are increasingly secured and allocated according to the existing distribution of capital’ (171). Alongside the focus on the affluent, Edmiston also aims to ensure that ‘the voices of citizens previously absent or overlooked are heard and accounted for’ (175) within citizenship discourse, and his liberal use of participant interview quotes certainly meets this aim. I would recommend Welfare, Inequality and Social Citizenship for anyone who is interested in a structural account of how UK austerity is intensifying the differentiated social and welfare rights available to low- and high-income citizens.

Heather Mew is a PhD student in geography and sociology at Newcastle University. She is interested in how concepts of class and place influence resistance to austerity, and in participatory and collaborative methods. Read more by Heather Mew.