The Free Voice: On Democracy, Culture and the Nation, journalist Ravish Kumar presents an incisive critique of the contemporary state of affairs in India today. This must-read book acts as a mirror and a siren, reflecting the complex social realities of the country and warning citizens of the dire consequences of the erosion of democratic values, recommends Aishwarya Bhuta.

The Free Voice: On Democracy, Culture and the Nation. Ravish Kumar. Speaking Tiger. 2018. 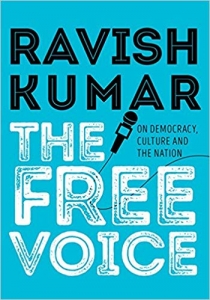 Revered as one of the finest journalists in India today, with his book The Free Voice Ravish Kumar has presented an incisive critique of the contemporary state of affairs in India. As Senior Executive Editor of NDTV India, one of the country’s mainstream Hindi news channels, Kumar is known for his fearless reporting and sharp political commentary. Over time, he has found himself the target of countless trolls merely for speaking the truth. In this collection of nine essays, he recounts these personal experiences of humiliation while situating them in a larger context of the threats to democracy in India today.

Kumar begins his first essay with a personal narrative revealing the price he has been forced to pay for speaking out. Despite the threats to his life and abuse that he counters every day, he does not refrain from fulfilling his duty – that of exposing the truth. Throughout the book, he illustrates how the politics of fear operates by undermining democratic institutions and the very essence of democracy itself. It is as though instilling fear in the minds of citizens has been a national project for the ruling Bharatiya Janta Party (BJP) government since it assumed power in 2014. Although Kumar is unnerved by the personal attacks, he emphasises the importance of questioning authority as essential to democracy.

Further, Kumar expounds upon the political-corporate-media nexus and how the media is wielded as an instrument of manipulation and the dissemination of propaganda. Through fake news, sensational cover stories and debates, there are attempts towards polarisation and the creation of an alternative citizenry that he refers to as a ‘robo-public’. This is constantly bombarded with false information through mainstream news channels as well as through WhatsApp and other social media. Owing to this robotification, people do not think and act rationally. There have been increasing instances where mobs are easily incited to perpetrate violence against the ‘Other’, projected as a threat to a religion, society, community or the nation. All it takes is a WhatsApp forward to rouse a group to lynch a person. 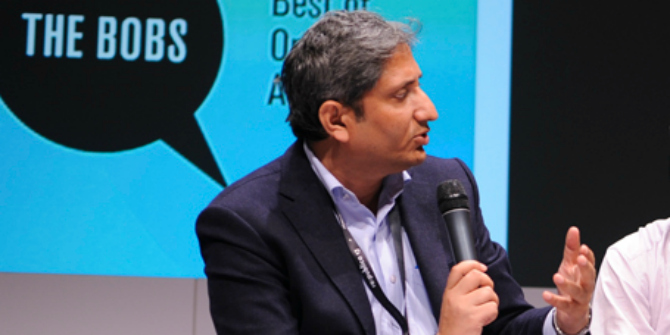 It is at this crucial juncture that Kumar alerts us to the near completion of the national project of instilling fear. The demonisation of dissenters, branding them as anti-national and subjecting them to online abuse, has negated spaces for dialogue and constructive criticism in the world’s largest democracy. There has been a rampant increase in attacks on journalists, including that on Basit Malik and the murder of Gauri Lankesh in 2017. A large number of Dalits (those of the lowest caste) and Muslims have been lynched in the name of religion or nationalism. Several people accused of rape have been shielded by the incumbent BJP. The silence of the state translates into support for extremist and divisive forces, which makes victims and minorities feel more vulnerable in their own country.

As citizens, it is also our duty to resist attacks on the democratic and secular fabric of the country. Kumar appeals to fellow citizens to ‘be the people’ – to question and demand answers from the leaders they elect. The democratisation of any country is an ongoing process. Fascist forces curtail freedom of speech and expression, argues Kumar, thereby infringing upon democratic spaces. Kumar cites a list of people persecuted for being critical of India’s government, its policies or of leaders in power since 2012. He reiterates that reviving our democratic spirit and consciousness is the need of the hour. Robotisation has stripped people of their right to be aware citizens and active participants in development processes. It is more important now than ever to resist these separatist and communal forces, and to reclaim the right to be ‘we, the people of India’.

Apart from a critical analysis of the political situation of contemporary India, Kumar also directs mild satire at India’s godman syndrome. It is ironic how these self-styled godmen, referred to as babas in Hindi, air their programmes on mainstream news channels and prescribe ludicrous remedies for solving all troubles. Television channels abound with such astrology programmes predicting the future and distorting the present for their anxious viewers. It is not only the poor who seek refuge in such spiritual gurus. The wealthy also contribute immensely to the fortune that certain babas are able to amass. Nevertheless, the larger purpose behind the propagation of these superstitions is to distract the public from issues that matter. The fear of the unknown is too potent a force; it can sow seeds of deep hatred, and make people ignorant and self-centred. Unfortunately, there seems to be no end to these superstitious tendencies in sight.

In his last essay, Kumar returns to pressing issues of hate-mongering, honour killing, ‘love jihad’ and moral policing. He underlines the significance of love, harmony and acceptance in a heterogenous country such as India, where democracy can be sustained by collective public action and constant dialogue between policymakers and stakeholders. Choices related to love and marriage must not be regulated by the government, which takes us to the fundamental right to privacy. This right empowers citizens because it not only expands their freedom of choice, but also safeguards their democratic obligations. Moreover, it reinstates the faith of citizens in the Constitution and due process.

India is witnessing troubled times, and the publication of this book could not have been more opportune. It serves both as a mirror and siren. On the one hand, it reflects the complex social realities in the country today without the least exaggeration. On the other, it warns citizens of the dire consequences of the deification of political leaders and the further erosion of democratic and constitutional values. Kumar’s observations and advice are simple, but not simplistic. His attempt to initiate a political conversation is commendable: the lucid language will particularly appeal to young people. In a nutshell, this is a must-read for one and all – students, social scientists, activists and, more importantly, citizens, who should be concerned with upholding democratic values and institutions no matter which government is voted into power.