In Counter Institution: Activist Estates of the Lower East Side, Nandini Bagchee shifts our focus from the public spaces of New York City to the buildings that have served as hubs of activism. This is a fascinating read that shows how buildings are not solely civic infrastructure, but also crucial spaces for political participation that enable protest to foment, writes Nabaparna Ghosh. 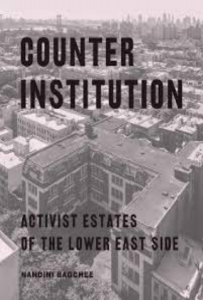 Located between the Bowery and East River, and Canal Street and Houston Street, Lower East Side in New York has been the centre of radical politics throughout the twentieth century. Although heavily gentrified today, the area still exhibits a bohemian charm that celebrates its immigrant and working-class past. Counter Institution by Nandini Bagchee transports the reader to the days when the Lower East Side housed activists who led spirited protests against authoritarianism, the First World War, gendered suffrage laws, racial segregation and so forth. Bagchee’s analysis is striking as it studies not simply activists and their activism, but also the spaces where protests take shape.

Recent protests like the Arab Spring and the Occupy movement have seen protesters taking over the city’s public spaces: streets, parks and squares. Disrupting everyday street life is often part of planned protests. But at the same time, city spaces today are heavily policed. The police can intervene and disperse protesters in a few minutes. So, where does activism take shape amidst such surveillance? And where do activists congregate to plan collective action?

In answering these questions, Bagchee shifts our focus from the public spaces of New York City to its buildings – churches, cafes, abandoned storefronts and offices— that served as hubs of activism. The book surveys non-commodified spaces that Bagchee calls ‘activist estates’ that powered protests in the otherwise profit-driven real estate market of New York. Bagchee points to buildings abandoned in the Lower East Side after the federal government withdrew funding in the 1970s. Activists repurposed these buildings and organised public gatherings that turned activist estates into both public and private spaces.

An architect and academic, Bagchee brings together her expertise in both theory and practice to investigate Lower East Side activism. The book begins by exploring ‘progressive estates’: settlement houses that middle-class social reformers opened in inner city areas to provide civic facilities to the poor. In the late nineteenth century, the reformers raised funds to buy properties to open settlement houses where public gatherings, medical facilities, kindergarten, after school programmes and gymnasiums for the neighborhood community took shape. The reformers, however, wanted more than to help the neighbourhood; they also wanted to inform government policies: ‘the dining table of the Henry State Settlement became a launching pad for labor organizing, developing legislation on sanitary reforms, implementing safety codes in tenement buildings, and regulating labor practices in sweatshops’ (19).

Yet, the limit of the settlement movement was in its middle-class character: educational programmes initiated by the middle classes tried to impose their values on the immigrant and working classes; urban renewal programmes where the middle class partnered with the New York City Housing Authority saw massive displacement of the tenement population with the clearance of tenements and slums and the building of high-rise low-income housing along the East River. These towers housed mostly African Americans and Puerto Ricans. Bringing them to the riverside, the towers racially segregated the city. Here, mention must be made of Bagchee’s excellent illustrations and maps that enable our understanding of segregation in city planning.

Counter Institution cuts across class, describing both middle-class and working-class activism in the Lower East Side. It argues that the limits of the settlement movement did not restrict immigrant and working-class activism. The working classes did not abide by middle class morality, nor did they depend on the rich to build their community. Instead, they opened public halls and beer gardens, organised speakers, decorated public halls with photographs of the speakers and pasted advertisements of events on the walls of the public halls creating an environment conducive to vigorous activism. The beer halls in particular emerged as centres of the labour movements that saw the beginnings of the radical American left. 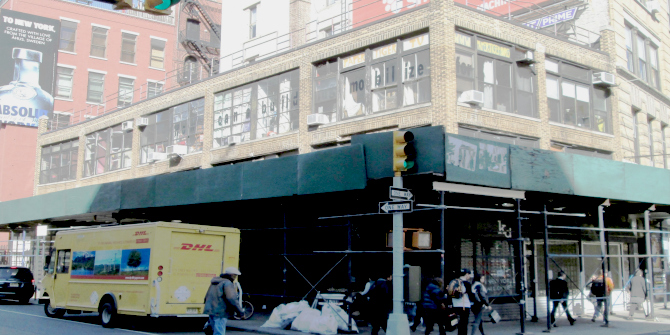 Image Credit: ‘339-345 Lafayette Street Peace Pentagon’ by Beyond My Ken licensed under CC BY SA 4.0

Counter Institution is a must-read for urban grassroot activists interested in understanding how the spiralling real estate of New York City still offers space for activism. The book discusses a multitude of buildings erected to serve certain purposes, but later repurposed by activists for their own use. One brilliant example of this was when artists moved into neighbourhoods near Washington Square Park and converted churches, cafes and squares into spaces for their countercultural experiments. Judson Memorial Church, standing south of the Washington Square, supported Italian immigrants in the nineteenth century. It later welcomed young avant-garde painters, performers, musicians and dancers who transformed it into a place of experimentation for the arts.

Not all activist estates were lofts or abandoned buildings or repurposed cafes, however. One of the most fascinating buildings that served as an activist estate in the 1970s was the Peace Pentagon, a three-story office building that offered office space ‘replete with desk, computer, phones, filing cabinets’ to the activists. In New York, where rents are exceptionally high for even a small office space, an entire building that housed activists was indeed extraordinary. Besides, the physical proximity between activists who worked at the Peace Pentagon inspired each other’s activism—propinquity that today’s virtual and isolated movements fail to offer.

Redefining the term ‘public space’, Counter Institution sheds light on a mix of buildings that were public-private partnerships: private buildings repurposed by activists for public meetings. These public-private buildings lend New York its unique character, also raising the question of whether such repurposed buildings were typical to New York City. Can we see similar activist estates in other global cities, for example, Paris? Buildings like 339 Lafayette Street in New York were initially designed for factory work, but later housed activists engaged in anti-war protests. Similar buildings can be imagined in Paris or London, where significant anti-war demonstrations also took shape, but did Paris or London have activist estates? Counter Institution focuses on the Lower East Side, and remains silent on activist estates in other global cities.

Going beyond the study of buildings, the book will also attract those interested in the alternative arts movement in New York. Artists protesting against the biases of museums and commercial art galleries appropriated storefronts and vacant lofts and turned these into exhibits, spaces that Bagchee calls ‘artist estates’. The new arts movement did not simply mark the flowering of a new counterculture, but also worked to empower the voices of marginalised city dwellers. The ABC No Rio, an anarchist artist community, for instance, represented the Hispanic community in their arts. Running from an abandoned storefront in a Hispanic neighbourhood that they turned into a gallery, they mounted portraits of local residents on the walls. ABC No Rio was founded by Colab, another artist collective that held the famous The Real Estate Show, which demonstrated the tyranny of real estate companies and highlighted the perils of forced displacement. The ABC No Rio hosted punk matinees; the Punk collective also played concerts with the squats and held punk art shows. ABC No Rio played host to independent collectives like Food Not Bombs which shared free vegan food with others. Centring the ABC No Rio storefront gave shape to a bustling community of artists, Hispanic neighbours, independent experimental cultural forums and their audiences, which made the Lower East Side appear almost utopian.

Counter Institution is a fascinating read for a wide range of audiences, from those interested in urban design to history, sociology and politics. Redirecting our focus from the city streets to buildings, the book redefines the meaning of activism. As Bagchee shows, activism is not simply a set of sporadic actions on the streets. Whether they were against the First World War or Jim Crow segregation, most protests have been preceded by detailed planning. This is where the book stands apart. Buildings feature in the book not as civic infrastructure but as spaces of political participation where ideas of protests foment. Bagchee is absolutely brilliant in describing activism as a series of processes that forge deep connections with space and neighborhood communities. Whether it be settlement houses or punk matinee shows, activism draws on the history of space and is informed by citizen initiatives.

Nabaparna Ghosh is an Assistant Professor of Global Studies at Babson College, USA. Her research and teaching interests are in urban and global histories. Currently, she is working on a book manuscript on everyday urban spaces in nineteenth-century Calcutta. 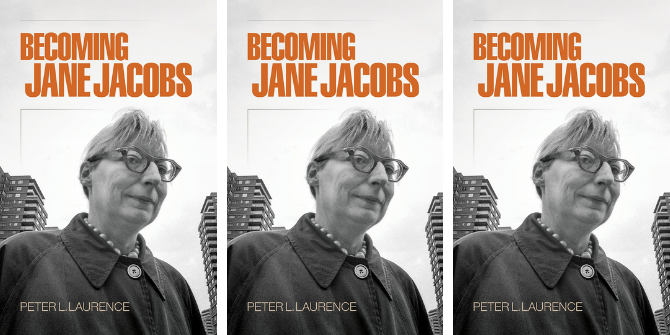