In Illegally Staying in the EU: An Analysis of Illegality in EU Migration Law, Benedita Menezes Queiroz explores what illegality means in the context of EU law, how it is constructed and addressed and the implications that this has for the migrants concerned. This is a meticulous conceptual and legal analysis, finds Emma Caussil, that does an admirable job of grounding the debates about irregular migration in the EU in the reality of our legal systems. 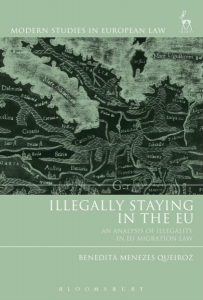 Illegally Staying in the EU by Benedita Menezes Queiroz offers a legal and conceptual analysis of ‘illegality’ within EU law. The author explores what illegality means, how it is constructed, shaped and addressed, as well as the implications it has for the migrants concerned.

According to the Eurobarometer poll of 2018, immigration is seen by public opinion as the most pressing issue facing Europe. More specifically, irregular migration is a polemical contemporary subject that has raised public attention, political debate and academic interest. The will to regain sovereignty and control of borders was among the most prominent reasons, if not the main one, for UK citizens to vote for Brexit in the 2016 referendum on EU membership. However, within public fears of migration lie misunderstandings of what migration policy does and says. Queiroz’s book is of particular importance today because it clearly and meticulously shows how EU law allows for states’ discretion to design national migration policies, contrary to what public opinion seems to believe. This is the central and continuous argument that is made throughout the book through the illustration of legal cases. The author shows how EU law sets a broad legal framework that marks the limits for the respect of certain human rights, but gives nation states the freedom to implement their own policies and law enforcement strategies.

As other scholars have argued, Queiroz explains that nation states agree on some migration policies when it comes to security and the control of borders rather than a set of rules on the protection or integration of migrants. This study therefore follows on other academic work within the field, discussing the lack of homogeneity in EU migration law. However, Queiroz identifies and fills a particular gap in the literature: legal research on the phenomenon of illegality. This book will consequently be of interest to students and academics within and beyond law studies: while the legal technicality illustrates with specific case studies how illegality is constructed from an institutional perspective, the book also explores conceptual disputes and the implications of the heterogeneity of EU migration law. 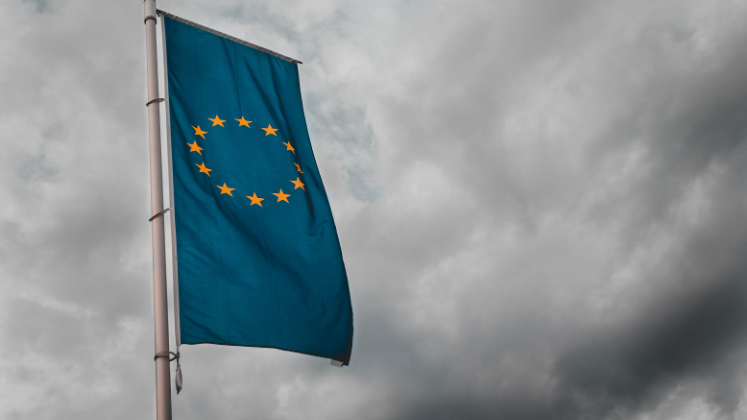 The author’s analysis is not only interesting with regards to the polemical subject it explores with great expertise but also the way it addresses the question of language within the law. The choice of terminology in EU law and its interpretation by member states are the source of migration policy differences and discrepancies between EU member states. Queiroz explains that while EU law clearly defines a legal EU migrant, as agreed by its member states, the definition of illegal migration lacks clarity. This allows for each EU country to independently design their national law and classify migrants in the irregular category accordingly. Changes of terminology within the law and a lack of precise definitions also raise questions about the way the law is shaping and constructing the migration discourse. Using ‘immigration’ instead of ‘immigrant’, or ‘illegal’ instead of ‘irregular’, can evoke different impressions, potentially de-personalising, distancing and alienating the issue.

Throughout the book, Queiroz addresses the interplay between national and supranational law. This is often characterised by contradicting or unaddressed definitions of illegal migration which creates a state of legal limbo for many migrants. In the second and third chapters, the author illustrates cases of legal limbo through the examination of unlawfully residing EU migrants and of non-removable third country nationals residing illegally. EU migrants would reside illegally in another EU country if they are considered an ‘unreasonable burden’ on public expenses by the host state and thus would lose their worker’s rights. Illegally residing EU migrants would also include anyone classified as a threat to public security or as having breached EU law in the host country. There are various cases of non-removable third country nationals residing illegally. For example, irregular migrants suffering from poor health where deportation would threaten their wellbeing. Non-removable irregular migrants also include any cases that would breach the non-refoulement principle. These cases highlight the existing issues with the classifications of migrants as ‘legal or illegal’, which does not account for migrants situated ‘in-between’. Supranational legal gaps as such allow for the discretion of states to address (or not address) the issue in their own way. Consequently, discrepancies are created in the way EU member states deal with questions of migration.

Queiroz’s arguments are in harmony with much of the criminology of mobility literature. Following Juliet Stumpf’s work, she discusses the convergence of criminal and migration law by illustrating it through the case of EU immigration databases. She argues that databases shape and construct the ‘regime of illegality’ that is implemented in supranational policies. In fact, irregular migration is not a static characterisation of the migrant but rather a temporary status. One must not forget that the categories assigned to migrants are ephemeral: a refugee is legally considered an irregular migrant before applying for asylum in a host country. This temporary status leads to the misrepresentation and mis-categorisation of certain migrant groups.

Most importantly, the collection of biometric data on migrants contributes to blurring the lines between illegality and criminality. EURODAC, for example, was originally created with the aim of guiding asylum policies in the EU. Nevertheless, the access to this database that has been granted to law enforcement agencies, such as Europol, raises concern about the criminalisation of refugees and irregular migrants generally. In addition to associating illegality with criminality, the EU database poses questions about data protection and discrimination.

The broad manner in which EU law has been framed also allows for nation states to enforce migration law selectively. Queiroz points out that among EU nationals, Bulgarians and Romanians are often disproportionately targeted and disadvantaged at the border. Simultaneously, wealthy migrants groups often have extremely facilitated access to legality through the two-tier regime. The author discusses this argument in relation to the Maltese case, revealing some of the inequalities embedded in and perpetuated through migration law.

It is only in the last part of the fifth chapter that the author proposes specific policy recommendations to the outlined issues. Among these is the introduction of a ‘corrective and temporary protection’ status for individuals falling into the legal limbo Queiroz discusses throughout the book. The author proposes solutions at the institutional and EU level rather than for nation states to implement, characterised by the desire to facilitate regularity and to harmonise EU member states’ policies. While finding solutions might not have been the main focus of this book, it would nonetheless be interesting for the author to expand on this section and the specific ways in which these ideas would be implemented in practice. However, as the author points out in her conclusion, everything that is discussed and proposed is ‘routed in the competencies that the EU already has’. Queiroz does not suggest a drastic transformation of a very established immigration legal structure, but rather proposes realistic and accessible changes that respond to the issues she identifies.

Queiroz concludes the book by urging for a corrective intervention in EU law: not based on the ‘heated debates’ common to this political area, but rather a reform that is based on accurate understanding of what EU law lacks and needs and that would ensure genuine cooperation between member states to avoid the continuing discrimination practices and situations of legal limbo. Illegally Staying in the EU contributes to the migration and criminology of mobility literature by providing a meticulous conceptual and legal analysis of illegality. Queiroz does admirable work in bringing what are often ideological debates about irregular migration in the EU back to the reality of our legal systems.

Emma Caussil is a graduate from the LSE with an MSc in Criminal Justice Policy and from the University of Bristol with an BSc in Sociology and Politics. Her interests include policy research in the area of crime and migration from a socio-legal perspective. She has written research papers exploring the experiences of refugees in London and the securitisation of human trafficking in UK policy.

Posted In: Europe and Neighbourhoods | Law and Human Rights 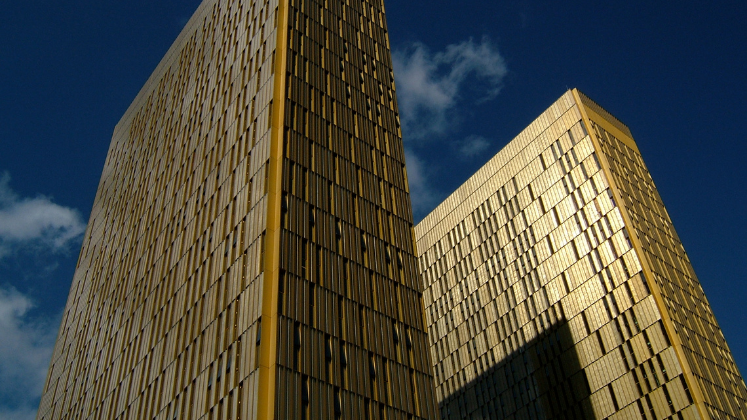