This review is part of a theme week published in the run-up to International Women’s Day 2019 (#IWD2019) to celebrate women’s scholarship across the social sciences and humanities. You can explore more of the week’s content here. 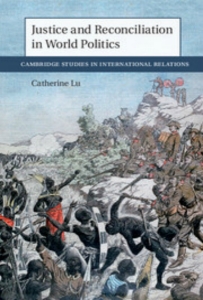 Marija Antanaviciute is a PhD candidate in Queen Mary University of London. Her research focuses on conceptualising international ethical practices and cultivation of responsibility through virtue ethics approach. She tweets @MarijaAnta