In Polarized and Demobilized: Legacies of Authoritarianism in Palestine, Dana El Kurd examines how the increased involvement of international powers in Palestinian politics has insulated Palestinian elites from the public and strengthened their ability to engage in authoritarian practices, leading to polarisation and the weakening of the capacity for collective action. Combining theoretical sophistication with a seamless narrative, this is one of the most astute empirical analyses of authoritarianism in the region, writes Hesham Shafick. 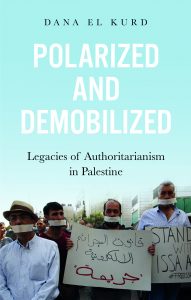 One of the rare moments of optimism in the Palestinian struggle was the signing of the Oslo Accords in September 1993, which contracted arrangements of unprecedented self-governance to the Palestinian people. A Palestinian Authority (PA), constituted from leading members of the Palestinian Liberation Organisation, was confirmed to assume most governing responsibilities in the West Bank and Gaza Strip, with the exception of border control. Israel and the United States also pledged to financially support these endeavours, through direct tax-money transfers from the former and monetary aid packages from the latter (the European Union also supported the Accords, but without direct financial commitments).

However, almost three decades later, nothing testifies to an improvement in the life conditions of Palestinians that matches the initial optimism. The only significant change in Palestinian politics is the waning of the discourse of resistance with the parallel normalisation of the Israeli occupation. It is now commonly established, therefore, that the Oslo Accords practically failed to achieve its promise of Palestinian self-governance.

In Polarized and Demobilized, Dana El Kurd, a Palestinian researcher at the Arab Center for Research and Policy Studies, critiques the dominant ‘failure’ thesis for wrongly presuming the positive intentions of the Accords in the first place. She rather affirms that the negative repercussions of the Accords were, in fact, its intended strategic agenda. Nominal self-governance, she argues, aimed to polarise and demobilise the Palestinian resistance, so as to confine, rather than facilitate, the Palestinian liberation project. From this perspective, the Accords successfully intensified Israeli repression through indigenous ‘outsourcing’ (5).

So, what brought us to this point? ‘How did the PA demobilize [Palestinian] society, when years of Israeli occupation had failed to do the same thing?’ (3). Acting as a ‘subcontractor for the occupation’ (143), El Kurd argues, the PA was capable of repressing resistance with much more effectiveness than the Israeli occupation itself. The fact that it is conceived of as an indigenous ruler, a semi-sovereign, rather than an occupying state, gave the PA carte blanche to violate civil and human rights and evade international accountability. More significantly, its limited yet strategic legitimacy as an indigenous ruler made the PA more capable of garnering domestic support for its authoritarian measures, be this violent repression or clientelist cooptation. Moreover, the contentions around these measures have polarised Palestinian civil society, complicating the conditions for collective action through civil society organisations and grassroots activism. As such, not only did the PA rule extend the conditions of occupation, but it also subtracted from resistance to this condition. 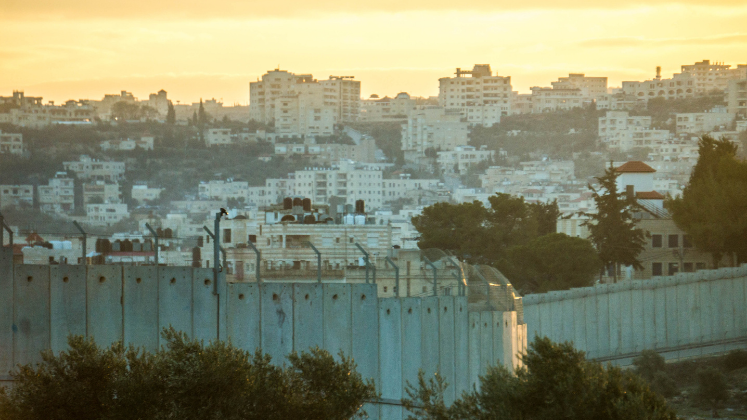 This dynamic is by no means specific to Palestine. It is rather characteristic of clientelist postcolonial states. Polarized and Demobilized argues that the ‘principal-agent’ model of authoritarian rule it proposes can be generalised across the Middle East region and beyond (28-33). In this model, international powers replace the population that the regime purportedly represents as the source of political legitimacy and financial rent, and hence act as the ‘principal’ that grants and revokes authority and holds it accountable to its mandate. The book presents in detail how this dynamic has worked in the case of the PA, but also comparatively demonstrates that it can be applied to other cases in the region, like Iraqi Kurdistan and Bahrain.

I cannot help but compare it as well to the current Syrian regime. The latter is not under occupation (at least not strictly so), but it firmly abides to the brand of clientelist authoritarianism El Kurd describes. This brand is characterised by the intransigent appeal to ‘indigenity’ as a source of undoubted legitimacy, while being practically accountable to the very international forces it sets its domestic legitimacy on countering. The book shows that this obvious contradiction is more than an exposed hypocrisy. It is rather an intended and indeed effectual mode of colonial governance by outsourcing.

Drawing on a rich multi-method approach that includes interviews, historical analysis and quantitative data analysis, the book outlines the causal mechanisms of how this outsourcing effectively represses anti-colonial resistance. An attempt to summarise this mechanism is difficult in a short review due to the richness of the book’s analysis, but four overlapping steps in this mechanism can be singled out, which I briefly outline below.

The first is the insulation of the political class from the public they govern. This not only makes them immune to public accountability, but also, and more significantly, disengaged from the lived reality of the public and positioned in existential opposition with their demands and aspirations. This is quite obvious in the lavish lifestyles of the PA and their reliance on occupational remittances to lead these lives. The ‘target funding’ (62) co-administered by Israel and their indigenous clients has conditioned both the personal prosperity of state officials and the economic capability to finance state institutions to the satisfaction of the occupier.

The second is making state autonomy, a public aspiration, conditional on a certain form of rule and particular political leaders. This was evident in the Israeli annexation of Palestinian territories in the West Bank and its war on Gaza in 2008-2009 after the victory of Hamas, the Islamist opposition party, in the 2006 legislative elections. It was also shown in the broader international refusal to recognise the Hamas-led government (although the elections had been called for by the US, it is one of a number of states that consider Hamas a terrorist organisation (55)). The message was clear: either accept – or ‘elect’ – a political class that openly concedes to Israeli policy or lose political representation altogether and risk direct intervention.

The third is the polarisation of civil society through a dual mechanism of cooptation and repression – the carrot and the stick. By selectively coopting segments of society and repressing others, the PA has divided Palestinian society into regime loyalists and regime dissidents, each accusing the other of enhancing the occupation in one way or another. For the regime loyalists, dissidents enact the conditions for occupation by disempowering the indigenous authority. For dissidents, this authority itself is an instrument of occupation. Through these divisions, the national front is dismantled.

The fourth is the demobilisation that ensues from all of the above. Primarily, social polarisation complicates the possibility of collective action. Moreover, the association of state independence with the ruling regime discredits resistance and justifies repression. Furthermore, the insulation of the political class enables the de-politicised policing of civil society, in which the security apparatus, rather than politicians, takes the lead in dealing with dissent. With a full third of the state budget spent on the security apparatus, it is used not only as a coercive force, but also as a massive and high-paying agency of employment through which the PA rewards its loyalists. These conditions coalesce into a gigantic ‘police state’ (‘one security officer for every forty-eight Palestinians’, 14) that closely monitors civil society and disbands any potential for collective mobilisation.

Polarized and Demobilized provides such a sophisticated account that any sort of summary or short review would fail to do it justice. Not only is it one of the most astute empirical analyses of authoritarianism in the region, but it is also an invaluable contribution to international political theory on authoritarianism, (post)colonialism and the social spaces in which the two intersect. The book is also useful as an analytic historical sociology of post-Oslo Palestine. Over and above, it is a truly enjoyable read: one of the very few academic works that combines theoretical sophistication with a smooth, seamless and beautifully articulated narrative.