In Presumed Incompetent II: Race, Class, Power and Resistance of Women in Academia, editors Yolanda Flores Niemann, Gabriella Gutiérrez y Muhs and Carmen G. Gonzalez offer a new collection of essays highlighting challenges to access, survival and success in the academy, focusing on the experiences of women from Black, Indigenous and People of Colour (BIPOC) communities. Reviewing the volume for International Women’s Day, Tracy McFarlane welcomes this important book for contesting the fabled view of the equitable educational environment, while calling for the need for more radically critical national, regional and transnational analysis to better understand how racism, sexism and classism are being reproduced in the academy worldwide, with devastating effects. 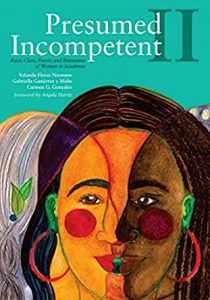 Women from Black, Indigenous and People of Colour (BIPOC) communities are undervalued in many areas of society. Academic institutions are microcosms of the larger society, and traditionally are bastions of White male dominance. In the current era of blatant White supremacist and chauvinistic opinions and activities, a collection highlighting how these dynamics are at play within the academy is a welcome contribution to the discourse.

Edited by Yolanda Flores Niemann, Gabriella Gutiérrez y Muhs and Carmen G. Gonzalez, Presumed Incompetent II expands on its forerunner but stands on its own as an important collection of essays highlighting challenges to access, survival and success in the academy for women from BIPOC communities. The targeted readership appears to be ethnic minority women who are either considering or pursuing careers in academia; however, the volume is of value for all groups. For women who are traditionally underrepresented in academia, the narratives bear witness to others having gone ahead on this path, affirming that survival is possible and necessary. Other readers will be enlightened and sensitised to concerns that are not theirs, historically, but which they might be overlooking, performing or exacerbating in their own professional spaces.

One cannot engage with this book and retain the fabled view of the equitable educational environment. Contextually grounded in the United States, the essays are written by women who represent a range of faculty and administration functions across public and private institutions. Immigrant and indigenous voices, intersectionality, feminist views and heterogeneity among POC (professors of colour) based on ethnicity, social class, religious affiliation and sexuality, are all themes unearthed to reveal fissures among those pursuing, producing and promoting knowledge in tertiary institutions.

The contributing authors provide early career accounts of exclusion and disregard as a young woman of colour (see Lolita Buckner Inniss on page 23), and at the other end of the ageism spectrum, being overlooked because of advancing age, despite her undeniable acumen and experience (for example, Donna Castañeda on page 89). Unfortunately, there are no essays on race, class and power struggles for women in the international academic community, so this publication does not help us to determine if, to what extent and with what effects women in other countries encounter these barriers, and no insights are offered for the global higher education community. 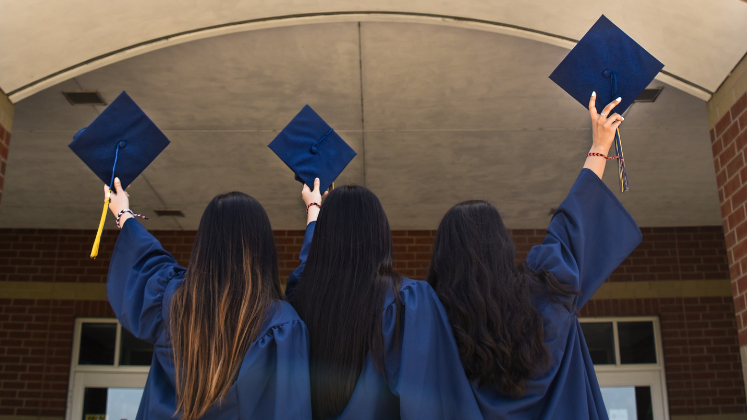 Early in the book, unequivocal justification for the volume’s focus is made with statistical description (3) of fulltime and tenure track faculty by race, indicating BIPOC underrepresentation in academia, relative to the composition of the US population. However, this is not a book based on quantitative studies. Rather, the principally autobiographical style of these essays is to describe a personal challenge (or series of challenges) the author(s) faced, followed by survival strategies or winning techniques suggested for the reader.

An outstanding exemplar of this organising model is seen in the essay jointly authored by Castañeda, Yvette G. Flores and Flores Niemann. Each author separately shares her experience pursuing the path from entry level to senior academic or senior administrator, each following this with advice based on what it took for her to achieve her success. The essay concludes with the point of view that a position of professor or administrator is one of relative privilege. Undoubtedly, the responsibility accompanying this privilege comes at high cost, and these costs are elucidated in several other essays highlighting personal goals being derailed, pressures affecting the family (relationships, pregnancy and parenting) and the tax to physical and mental health ensuing as each author persevered, against the odds.

In another example of an essay supporting the book’s thesis with riveting effect, Gutiérrez y Muhs uses her personal narrative to illustrate how her trajectory is possible for others from similar backgrounds. However, she departs seamlessly from her personal account with searing analysis of the ways in which the subjectivities of academics from diverse backgrounds are undervalued: ‘Lower class is something from which we are meant to escape via academia’ (154); and ‘Academia is for the […] mentally strong […] but how do we measure strength?’ (156). Her essay includes quotes from Katie Prout (2019), whose essay about being a poor student of colour in a prestigious institution was published in the Chronicle of Higher Education, and a poem ‘for women academics from the working class’. Throughout, Gutiérrez y Muhs takes on the complex dynamics of race, class and gender by discussing pre-tenure versus post-tenure dilemmas, the conundrum of middle-class versus working-class viewpoints among POC, disproportionate recognition given to POC who are men and the hierarchy among communities of colour where, in her experience, ‘… Chicanas/Latinas come last’ (157).

In a departure from the predominant voice of authors from BIPOC communities, Rachelle A. C. Joplin writes about how, fuelled by early exposure to feminism, she is working through her own White guilt and White fragility in pursuit of White allyship. The value of this earnest, bravely confessional essay is that it highlights how the problems encountered by BIPOC are sometimes at the hands of those professing well-meaning intentions. As Joplin advises, those who aspire to be allies need to engage in ongoing self-reflective processes involving recognising one’s personal privilege as a White person, taking responsibility for one’s own enlightenment (read, read, read) and being willing to adjust one’s behaviour. More frequent among the authors, however, was the viewpoint that sometimes White colleagues were not believed to be well-meaning, even when they claimed they were, or their leadership positions demanded unbiased evaluation. For those authors, support from other women (in general), women from the BIPOC community or ethnic minority male colleagues proved crucial for dealing with those who instigated racially motivated harms that resulted in psychological distress. Buckner Inniss (citing Patricia Williams, 1987) terms such injurious colleagues, the ‘spirit-murderer’ (24).

These personal testimonies of cautions and hard-won triumphs are invaluable. Although the book is uniformly substantive, there are some variations in writing style and technical mastery demonstrated across the essays. First, each author’s raw story is unique, yet when the basic ‘experience – advice’ organising model is encountered in successive essays, the pacing plateaus. Also, in a few instances, authors make sweeping claims that exceed the specifics of their own stories. For example, the assertion that the presumption of the incompetence of Women of Colour who are pregnant ‘… is not usually imposed on our White colleagues, nor does it carry the same consequences’ (76) ought to be substantiated by details beyond the features of that particular story. However, across the volume the recurring themes of unfair treatment, bias, tokenism and discrimination resonate with unerring clarity.

What lies beyond believing these bold accounts and embracing the wisdom they offer to guide uninitiated or currently embattled colleagues? What is to be understood about the systemic prejudices that stymie adequate representation of BIPOC in academia? BIPOC’s individual grit, community alliances and White allies ‘…using our power to fight the system from within…’ (6) are limited in what they can accomplish. As Meera E. Deo argues, ‘… individual strategies initiated by Women of Color faculty are not sufficient; overcoming structural challenges requires structural support’ (308).

Audre Lorde (1984) wrote, ‘In a world of possibility for us all, our personal visions help lay the groundwork for political action’ (112). Perhaps there is need for a third volume in which the editors invite authors across the world to employ radically critical national, regional and transnational analysis of the academic environment. After all, ‘… all of us are globally colonized by the established academic norms of Western universities’ (Gutiérrez y Muhs, 159). Powerful effects can be accomplished by geographically diverse authors focusing their lens beyond individual institutional practices to social structure. I am imagining such a project exposing and challenging the racist, sexist and classist underbelly of Western society that is being reproduced in the academy worldwide, with devastating effects.

Dr Tracy McFarlane completed doctoral studies in Social-Personality Psychology at the CUNY Graduate Center, with a concentration in Health Psychology. She completed post-doctoral training in psychiatric epidemiology and the Columbia University Mailman School of Public Health. Her research and interventions focus on social identity, immigrant adjustment, and stigma, striving to better understand and modify their effects in the practical contexts of education, illness prevention and health care. Dr. McFarlane is currently a senior lecturer at the University of the West Indies, Mona.