In Expanded Visions: A New Anthropology of the Moving Image, Arnd Schneider explores the generative potential of experimental film as and through anthropology. Highlighting the significance of meaning-making, affect and formal experimentation in the social sciences, the book is a welcome and eloquent contribution to research on the intersection of anthropology and the arts, writes Sander Hölsgens. 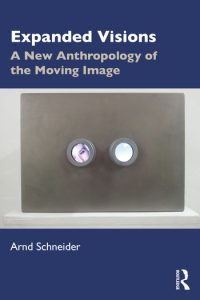 Expanded Visions: A New Anthropology of the Moving Image sets out to explore the generative potential of experimental film as and through anthropology. How are moving images productive for anthropological inquiries? What kinds of knowledge do anthropologists gain by experimenting with the medium of film? And what kind of critical possibilities do digital technologies afford? Expanded Visions is a new chapter in Arnd Schneider’s decades-long commitment to scrutinising the intersection of anthropology and the visual arts – gesturing towards the radical possibilities of experimentation in audiovisual research. It is an astute plea for multimodal and artistic inquiry.

Its opening chapter seeks to answer the question of ‘what the moving image can do with anthropology, but also what anthropology can do with it’ (Chapter One). It’s a reflection on contact zones, on meeting points, on consilience, on finding a third space of practice – located ‘between art and anthropology, with moving image practices occupying a central role’. It’s a critical and well-developed effort to highlight the significance of meaning-making, affect and formal experimentation within the social sciences.

Rather than working towards a clear set of hypotheses and arguments, Schneider is committed to unveiling the rigorous promise and potential of this third space through metaphors, anecdotes, poetic ruminations and vignettes. So, to answer the question of how the ideas and practices of experimental film can be made productive within the context of anthropology, he elusively writes: ‘The question is perhaps […]: how can ruins be moved? How can rubble be reconstructed or reassembled?’ As filmmakers and visual anthropologists are dealing with different kinds of materials, both digital and tangible, the principal question is how matter is treated (and thus how ruins can be moved). In other words: Expanded Visions is as much an epistemological journey into the possibilities of film as it uncovers what filmmakers do with the material they gather or stumble upon. 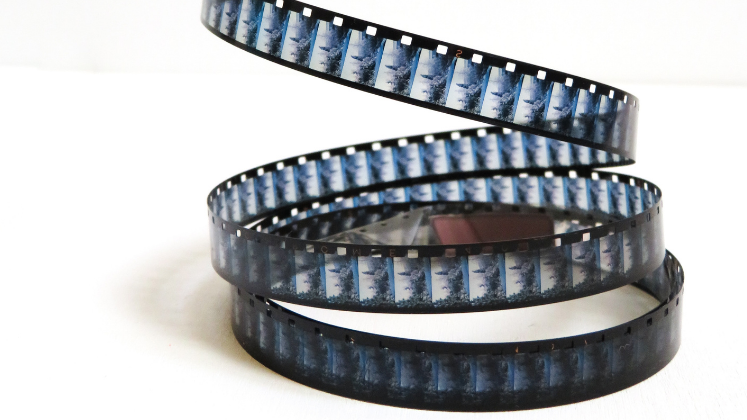 Photo by Denise Jans on Unsplash

Positioning the work of (experimental) filmmakers Andrey Tarkovsky, Karthik Pandian and Yongseok Oh in close proximity to anthropological discourses on representation and visuality, Schneider answers recent calls to orient the arts and sciences towards each other. In this sense, Expanded Visions is yet another cornerstone to the field of visual anthropology, and the confluence of experimental and ethnographic film in the specific. From Catherine Russell’s Experimental Ethnography: The Work of Film in the Age of Video (1999) to Rupert Cox, Andrew Irving and Chris Wright’s collected volume Beyond Text (2016), there’s an increasing number of anthropological studies that put multimedia, audiovisual and practice-led research on a pedestal.

What sets Expanded Visions apart, among other things, is its critical engagement with the notions of simulacrum and the hyperreal. Instead of positioning hyperreal constructions of reality as the opposite of anthropological inquiries, Schneider positions them as each other’s lining. In the book’s fifth chapter, ‘On the Set of a Cinema Movie in a Mapuche Reservation’, Schneider suggests that field sites as observed reality and locations as places of scripted fictions are fundamentally interwoven. The hyperreal, he writes, ‘is sometimes also generated by some curious doubling or imitation of reality in film and vice versa’, producing effects that are stranger than real (Chapter Five). Blurring the genres of documentary, docu-drama and fiction, the chapter provides convincing anecdotes to stress that storytellers share the desire, or cannot help themselves, to construct reality and (therefore) make fiction.

This fifth chapter chronicles the production of an Argentine feature film, called El Camino (directed by Javier Olivera, 2000). It’s a road movie that is filmed in part in a Mapuche reservation and in a neighbouring town in the region of Patagonia. Schneider joined the film crew to follow and observe the production process. Exploiting the reservation as a film set that represents another reservation has a doubling effect, not only in terms of representation, but also socio-politically: ‘When shooting started, not all the people on the reservation actually knew about the film. The motivation to participate was mostly economic.’ In other words, the film production reproduced some of the power structures that the Mapuche experiences on a daily basis, whereas the recordings themselves border on a situated documentary.

Moreover, ‘The Mapuche [Schneider] spoke to were keen to point out that they should be portrayed as they live today, as “modern” indigenous people’, positioning El Camino as a historical document as much as it is a road movie. More than anything, the production process highlights the various political agendas of and hierarchies between stakeholders. Schneider’s conclusion is that the production of El Camino is insightful, yet problematic: ‘Both the economic inequalities, where the Mapuche find it tempting and necessary to grant access to the reservation and to participate as extras, and the constraints of pre-scripted feature film-making mean that during the shoot the relations between crew and the Mapuche remained problematic.’

In the concluding chapter, Schneider builds upon analyses like these by asking the questions, ‘Can film restitute?’ (Chapter Eight); ‘What is needed to destabilise existing power relations?’; and how do artists and filmmakers aim to decolonise their representational practices? Scrutinising Statues Also Die (1953) by French new wave filmmakers Chris Marker and Alain Resnais, Schneider points towards the long history of colonial thought and Othering within ethnographic museums: ‘The film questions the relegation of African art to ethnographic museums, criticizes the incipient rise of commercial tourist art (fomented by the colonial powers), and provides a trenchant critique of colonialism.’ Relating this historical piece to more contemporary works in visual anthropology and the visual arts, Schneider traces the harrowing liaison between anthropology and colonialism. Specifically, his interpretations of Amanda Strong’s How to Steal a Canoe (2016) – a poetic animation about a Nishnaabeg woman – and Janine Prins’s Legacy of Silence (2017) offer much needed insights into the generative potential and ethical limitations of ‘film as a restitution’.

Analyses like these underline the breadth and criticality of Expanded Visions: A New Anthropology of the Moving Image. In short, it’s a welcome and eloquent contribution to research on the intersection of anthropology and the arts.

The writing of this review was funded by the Dutch Research Council (NWO), project number CISC.KC.212. 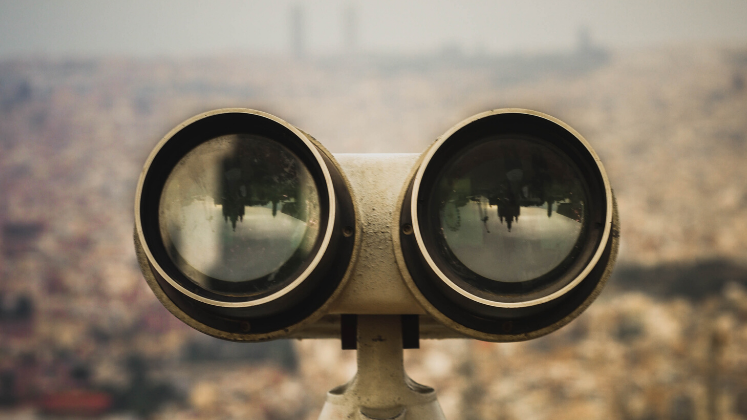