In Meddling in the Ballot Box: The Causes and Effects of Partisan Electoral Interventions, Dov H. Levin explores the effects, causes and history of electoral interference, analysing all national-level executive elections between 1946 and 2000 in which the US or the USSR/Russia mounted interventions. The book’s disciplined and thoughtful analysis will shape our understanding of election meddling and its implications for international affairs, writes Kyle Scott. 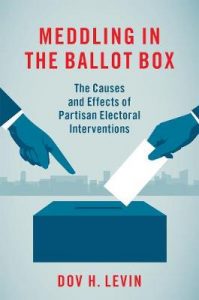 US elections have been riddled with accusations of campaign meddling for the last five years. No doubt instances of meddling have occurred before, but the topic has dominated the national debate since Donald Trump defeated Hillary Clinton in the 2016 presidential election. It is widely believed that Trump’s victory was — at least partially — the result of Russian interference. After the 2020 election in which Trump lost to Joe Biden, Republicans at the state and national level have been obsessed with passing election integrity laws.

This is the context in which I review Dov H. Levin’s Meddling in the Ballot Box: The Causes and Effects of Partisan Electoral Interventions, a book that guides our understanding of electoral interference and its implications for international affairs. Levin helps the reader rise above the cacophony of punditry regarding election interference to come to an informed understanding of the effects, causes and history of interference in partisan elections. This is a terrific example of how academics should inform public debate over topical matters. The book’s disciplined and thoughtful analysis will shape our discussion of electoral interference and other potential threats to national sovereignty beyond violent or economic warfare.

Levin rightly points out that election meddling is nothing new: in fact, he cites election meddling as far back as the sixteenth-century Papal election of Clement VII. Levin undertakes quantitative analyses of all elections between 1946 and 2000 in which two great powers – in his definition, the US or the USSR/Russia – mounted interventions in foreign elections. Levin finds that ‘interventions have occurred one of every nine competitive national-level executive elections between 1946 and 2000 and have been done in sixty different countries’. The case studies include elections in West Germany in 1953, Guatemala in 1958, Argentina in 1946, Greece in 1967, Venezuela in 1958 and the Philippines in 1965. Through these, Levin examines why great powers choose to get involved in foreign elections and what conditions must be present for them to be effective at tipping election results to their preferred candidate. 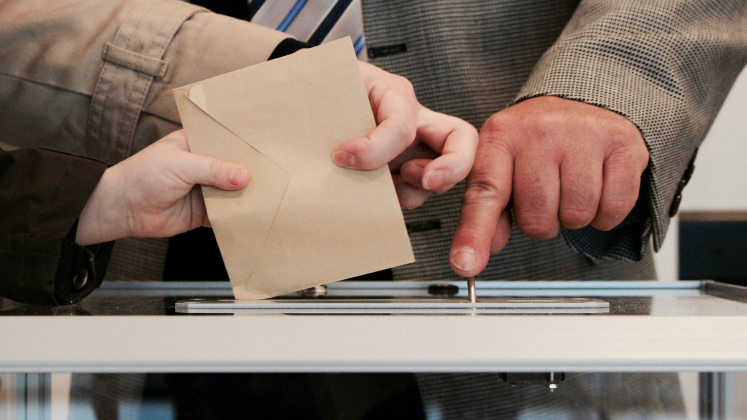 For a great power to get involved in another country’s elections, two factors must be present according to Levin. First, an actor from the target country must invite the intervention directly or tacitly; second, the intervening nation must perceive that their interests will be threatened if the opposing party wins. Levin’s analysis confirms these hypotheses. It is doubtful that many will be surprised by this. For instance, few readers would be shocked to learn that the US can affect the outcome of the Haitian presidential election if the candidate the US prefers also welcomes US intervention.

What is particularly interesting is when Levin’s analysis turns to impact. It is one thing for nations to interfere in one another’s affairs, but it is another entirely to impact the results of an election. According to Levin, the party who was aided by the interference experienced a 3 per cent gain in vote share as a result. This result is based on analyses run on the full data set. To test the robustness of this finding, Levin pulls out sample elections for a more targeted analysis and shows that intervention does lead to a gain in vote share by the party the intervention was designed to benefit in most cases. He dedicates Chapters Seven and Eight to case studies for analysing the effect of intervention, using the examples of the 1992 Israeli elections, 1953 West German elections and 2016 US presidential election.

Levin goes to great pains to provide an overview of his research methods and justification for his chosen course of examination. He deploys a multimethod approach in which he seamlessly combines historical analysis, case studies and large-N analysis. He scours records from previously classified documents, historical texts and other scholarly works to create a first of its kind data set — Partisan Electoral Interventions by Great Powers (PEIG) — to examine election meddling by foreign actors. A general readership may find the book difficult to follow. For instance, there is no running visual tally of hypotheses tested so the reader can see how the argument is progressing. Instead, the reader must go back to Chapter Two to see which hypothesis the later chapters are evaluating or wait until Chapters Six and Nine when readers are presented with partial summary tables. This multimethod approach nonetheless provides a check of robustness and creates a more contextualised story that better informs the reader and ultimately makes Levin’s claims more persuasive. Levin is at his best when he presents the strongest possible challenges to his analysis and confronts them head on. This display of intellectual honesty is a welcome addition to the debate on election integrity.

The book has tremendous value aside from its novel data set, methodological approach and synthesisation of existing research. Meddling in the Ballot Box does what all important works do: it defines the course of research in electoral interference, and what it means for international relations for the next decade. What the book lacks, however, is a theory from which Levin derives his hypotheses and subsequent analyses. Levin offers several hypotheses that he tests rigorously, but what is not clear is if these hypotheses develop from a broader understanding of state conflict or theory within international relations. For this subfield of research to mature, Levin and others need to develop a theory or apply one that already exists.

No book can do it all and Levin should be commended for taking a topic that has captured the attention of US election observers and making it relevant to a broader political science audience. This book will be of interest to any researcher looking to engage responsibly with the 2016 US presidential election and the Trump presidency more specifically. International relations scholars should take note of this book as cybersecurity attacks and election meddling will likely be where the wars of the future are fought. Scholars should use Levin’s keen insights and methodological approach to generate thicker and more nuanced theories of international conflict. Levin’s work will no doubt shape how scholars study election meddling for years to come.

While not a book for general audiences, journalists and policymakers looking to understand just how impactful Russian involvement was in the 2016 US presidential election would do well to engage Levin’s work. It is refreshing to read a sober, disciplined study of the 2016 election as a way to escape the noise and self-deflecting bickering that has defined US politics and commentary. 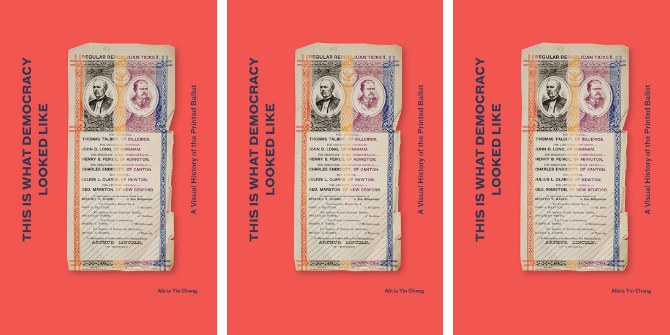