In Moldova: A History, Rebecca Haynes offers a new history of Moldovan statehood, exploring how the identity of the Moldovan nation has developed through its historical relations with neighbouring states and empires over many centuries. Providing detailed explanation of the historical and political development of Moldova, this thorough and accessible work is a useful addition to English-language literature on the topic and will be of particular value to those with no prior knowledge of Moldova’s history, writes Nicole Bodishteanu. 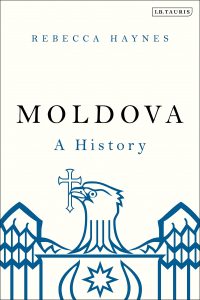 Located at the crossroads of Western and Eastern geopolitical interests, with a rich historical and cultural heritage and a long history of its own political formations, the Republic of Moldova remains one of the least known and studied countries among the European and post-Soviet states. Frequently in academic papers and monographs, Moldova is mentioned as a passing thought, after describing the main players in the region. Given the extremely low coverage of the nation, the newly published book Moldova: A History is striking and offers one of the first concise histories of Moldovan statehood by Western scholars.

The book is authored by Rebecca Haynes, a senior lecturer at the School of Slavonic and Eastern European Studies at UCL. Haynes has long-established expertise in Eastern European affairs and has already published a number of noticeable articles dedicated to Moldovan political and historical development. Her PhD thesis was on ‘Romanian Policy towards Germany (1936-1940)’, which shows her ability to compare and contrast different political and historical events from both the Moldovan and Romanian points of view.

The book under review mainly focuses on the history of the Moldovan and Moldavian state. Haynes explains the difference between these at the very beginning of the book, identifying Moldova as ‘the republic of that name which declared its independence from the Soviet Union in 1991’ and ‘also, however, the name of the eastern part of the modern Romanian state’. Moldavia, in its turn, is defined as the territory of ‘today’s two ‘‘Moldovas’’’, which once constituted the principality of Moldova, founded in the fourteenth century, and is often referred to by the Latinised name of ‘Moldavia’.

Haynes’s main idea is that the conflicted identity of the Moldovan nation has developed as a result of the policies pursued in other states and by other political formations through the whole history of the Moldovan state (starting with the Roman and Byzantine Empires and ending with the Russian and Romanian states in more recent times). She argues that the historical links between the territory of the republic and neighbouring Romania, Ukraine and Russia mean that the history of Moldova is also, in part, a history of these three countries.

The book starts with the very origins of Moldovan statehood, somewhere between the fourth and third centuries BC, with the presence of different tribes (Getae and Dacians) at the territories of present-day Moldova and part of Romania. It ends with analysis of contemporary events immediately after the collapse of the USSR, which have brought new challenges to the development of Moldovan statehood. As a result, the book provides profound and detailed explanation of the historical and political development of Moldova.

The book covers different periods in Moldova’s existence: both during independence, or as part of other states (such as the Ottoman Empire, Romania, the Russian Empire and the USSR). The book raises the very topical issue of self-identification. It explains the origins of existing ambiguity among Moldovan citizens, of which a section self-defines themselves as Romanians, and the other self-defines as Russians, alongside the traditional Ukrainian, Gagauz and Bulgarian settlements within the contemporary Republic of Moldova.

Along with an excellent presentation of the country’s historical past, Haynes draws several conclusions about the recent political situation in Moldova and some patterns that have laid the foundation for the current position of Moldova on the international stage. First of all, the author states that due to its geographical position, Moldova was doomed to be at the edge of empires, and its people and rulers have been able to utilise this circumstance, balancing one neighbour against the other in order to preserve independence. This corresponds to the traditional position of many international relations theorists, who state that the foreign policy of minor states is determined by those of the bigger players (Ryan K. Beasley et al, 2012; Juliet Kaarbo, 2015)

Secondly, the issue of self-identification is explained through the prism of these empires and their influence on Moldovan society. Haynes mostly stresses the impact of Romania and Russia (being represented by the Russian Empire, the USSR or the Russian Federation). Thirdly, the book highlights that pan-Romanian ideas were always present in Moldovan society due to a number of reasons, among which are shared customs and traditions, language and so forth. And finally, Haynes links contemporary internal political and economic struggles to the fact that under the influence of Soviet policy towards the lands of Moldova, reserves of natural resources (forests, land, drinking water) were seriously damaged and this now causes a lot of problems in Moldovan society. According to the author, this situation has led to further impoverishment and the outward migration of the Moldovan population.

Despite the undeniable accuracy of a number of arguments made by Haynes, some of the main points of the book deserve exploration. Questions can be raised about attaching such great importance to the destructive policy of the USSR in relation to the natural resources of Moldova in the context of current problems. It could be helpful to conduct a broader analysis that also takes into account both the errors in modern policy and the administration of existing resources. Secondly, the book lacks analysis of other players in the region, such as Hungary, Turkey, China, Italy and the US. As a result, while the book offers good understanding of the historical foundations of the country’s geopolitical identity, it does not analyse what is happening right now, in contrast to the complex 2012 monograph published under the editorship of Marcin Kosienkowski and William Schreiber.

Moldova: A History is a thorough work that draws upon an often overlooked topic in modern scholarly thought and raises different issues that are crucial for understanding the Republic of Moldova’s behaviour on the international stage. The accessible writing, with explanations of basic terms and names, means that it will appeal to those who do not have any prior knowledge of the history of contemporary Moldova, and it is a useful addition to the available English-language literature on this contested borderland. 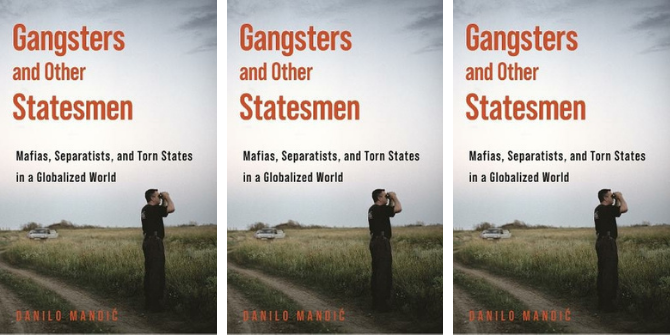